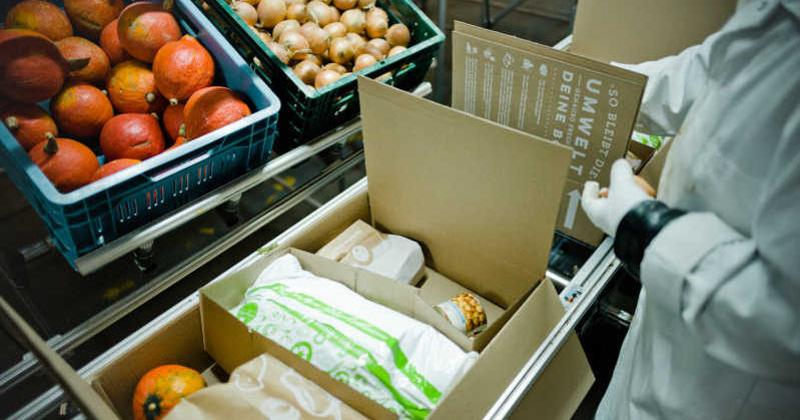 While one competitor stumbled on operations issues and another got taken out by an international CPG giant, the online meal kit retailer HelloFresh was busy doubling its sales.

The Berlin-based HelloFresh Group said its revenues worldwide were up by more than 120% in its fiscal third quarter, confirming a previously announced update. It achieved an all-time high of 5 million active customers globally, up 91% as compared to the same period last year, with sales climbing to 970.2 million euros. In the U.S., sales soared by 113.5% on a constant currency basis to 529.3 million euros, with nearly 2.5 million customers—a 68.7% increase from last year’s third quarter.

While order rates were down slightly from what CEO Dominik Richter called “peak COVID” figures achieved during the second quarter, results still markedly differed from those posted last week by its U.S. rival Blue Apron, which saw a more dramatic draw down of orders in its third quarter, exacerbated by labor issues in its warehouses that slowed production and led to canceled orders and fewer menu options.

Richter said HelloFresh faced similar capacity issues in the U.S. that restrained outreach to new shoppers and forced the company to focus marketing on existing shoppers. One of its advantages was a value tier offering called EveryPlate, its a $5-per-meal subscription. Delivery costs for this option are higher as a percentage of revenue, “but we more than make up for that by also seeing lower customer acquisition costs,” Richter said in a conference discussing results, according to a Sentieo transcript.

“In simple terms, the cheaper a product, the easier it is to win people over for that,” Richter said in response to an analyst question in the call. “And so I think if you then look at customer profitability, every customer that we get into EveryPlate in the U.S. gets us the same [return] on that investment that we actually get bringing in a customer into Green Chef for HelloFresh. So the band in which we operate in terms of customer profitability and in terms of ROI on our marketing spend is really quite comparable across those three brands.”

As previously reported, HelloFresh is addressing U.S. capacity issues through new warehouses in Georgia and Texas.

HelloFresh confirmed annual sale growth targets shared in an update last month, saying now it expected growth “toward the high end” of its 95% to 105% range. Officials said the guidance reflected continued strong demand for at-home cooking and more favorable than expected sales over the summer. The company expects pandemic-driven acceleration toward eating more at home to become permanent as consumers work from home and increasingly rely on e-commerce for safe access to food.