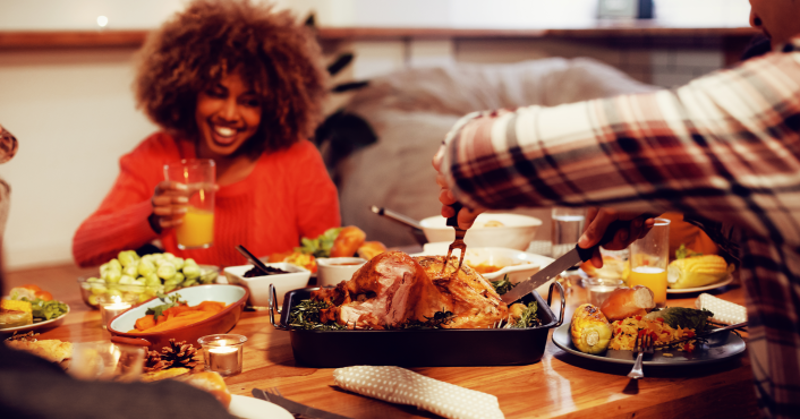 A lot of U.S. consumers aren't feeling great about their household economic outlook, especially as they're seeing prices continue to rise at the grocery store, the gas pump and elsewhere—but that doesn't necessarily mean they're scaling back their holiday shopping plans in response, new data from 84.51° finds.

Only 12% of shoppers are planning to cut back on holiday spending this year, says Emily Gibbons, VP of data science at Kroger-owned data and media company 84.51°. Consumers' gusto for celebrating the holidays after a COVID-curtailed 2020 holiday season is undaunted even as consumer prices are up 5.4% over this time last year (and up more than 10% at the grocery store for meat, poultry, fish and eggs)—though their travel and holiday-gathering plans remain in flux amid shifts in the pandemic.

Gibbons spoke recently with Winsight Grocery Business about how consumers' 2021 holiday plans have—and haven't—shifted since 84.51° first started asking about them this summer.

Christine LaFave Grace: The holidays are going to look at least somewhat different this year; that much we're all confident in, right? What’s the latest as far as what you’re seeing?

Emily Gibbons: When we had done some survey work earlier in the year, upward of 40% were saying they were going to be celebrating with larger groups of people than they did last year. But what’s interesting is that in some of our more recent work, we have seen that decline, where we’re seeing only 15% of people expecting to be celebrating with larger groups.

Was that drop larger than you were anticipating?

I think if you think about when those two surveys were conducted, [the first] was earlier in the year, the vaccines were coming out, versus after the summer and the back-to-school and the variants becoming a bigger piece of the dialogue that people were hearing—to me that feels why it almost isn’t as shocking. But now that we’re getting closer and closer to the date, I think it’s going to be interesting to see where people met out, since the climate does continue to change for everybody.

What are some of the biggest opportunities that retailers and CPG brands should be ready to seize this holiday season?

What retailers and CPGs alike can do is  prep their stock to be ready to meet the demand knowing that regardless of how many people are going to be around that table, people still want to celebrate; they still want that traditional home-cooked meal.

The demand for specific items is going to be high—that’s one piece. I think the other one is around budget-consciousness and that people are seeing that grocery prices are going up. That’s a sentiment that we’ve been tracking over time, and we are seeing that there’s an increasing feeling that prices are going up for key items like meat, etc. What CPGs and grocery stores alike really can be doing is helping [through] coupons and offering ways to really help budget around the holidays to somewhat ease that pressure.

What are the top value-seeking behaviors you're seeing for consumers heading into the holidays, and how has their pursuit of value changed in the past year?

Things that tend to pop to the top in terms of the top value-seeking behaviors especially in the past year have been around using coupons, reducing nonessential purchases and really just sticking to a budget. Those are things I expect to continue to carry through the holiday season.

Interestingly, we did some research around, are shoppers thinking of cutting back for the holidays? If they typically would spend a certain amount, are they thinking that this year, given some of the financial pressures or the increasing grocery costs, they would cut back? And only 12% of shoppers really anticipate doing that. Where they are, is on things like snacks or other things in sort of that "nonessential" bucket.

Regardless of whomever you’re getting together with, nobody’s going to skimp on the turkey this year.

84.51’s first holidays report in August mentioned that people really want to go in and pick out their centerpiece dinner item, whether it’s a turkey or something else, in store. Given the changing dynamics of the pandemic in the past few months, do you see that still holding true? And on a related note, how do you see shopping plans for holiday meals shifting based on consumers’ awareness of supply-chain challenges that retailers are facing?

I anticipate the hybrid shopping trend to continue. All the data points that we’ve seen around hybrid shopping is that adoption of e-commerce platforms has helped not only with people’s wanting security around health and safety, but also it’s free to do a pickup order, so there are time savings there. And even with budget-consciousness—being able to stick to a budget more cleanly online is something we’ve also heard people tell us.

So what I imagine is you’re going to see that same exact dynamic play out where people are going to be going in store for certain things where they want freshness. Freshness is one of the top things people look for and one of the things they’re unwilling to sacrifice when it comes to their groceries. But those nonperishables that they can stock up on, that they can order ahead, where they can kind of take advantage of budgeting and the time-saving component of online shopping, I still think is going to be a major part of the holidays.

What else surprised or stood out to you in 84.51’s latest data?

With all of the commentary around people feeling stretched and feeling financial discomfort—42% of people said they have low financial comfort right now—[there’s] the idea around value and people’s need to be budget-conscious and financially aware, but then also only 12% of people are willing to cut back for the holidays.

A lot of these things that really bring the family back together are emerging as broad themes. People are really looking forward to celebrating the holidays this year, even though there are going to be some constraints that might be put on that. That indulgence could look like, “I’m going to spend a little more than I wanted to,” or maybe it’s, “I’m going to spend time with more people than I might have wanted to.” I think it’s going to look a little bit different for everybody.