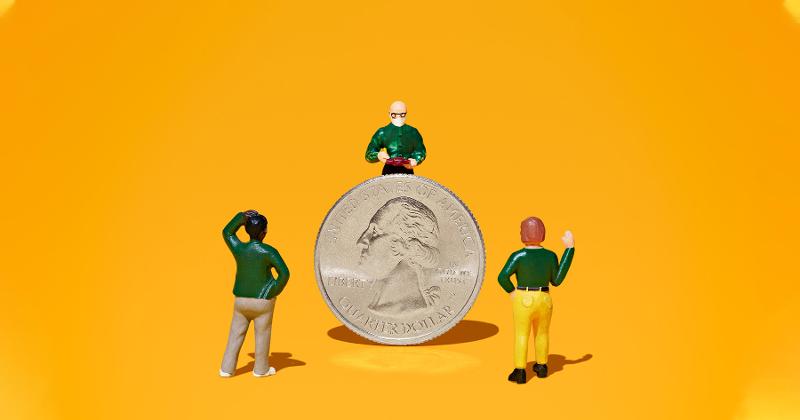 The pandemic has brought grocery workers into the forefront with labor a key issue for retailers. “Labor has become a very important activity for retailers and [an area] where they are spending a lot more money,” says Doug Baker, VP of industry relations for FMI–The Food Industry Association.

“It was something they maybe really didn’t think about,” he continues. “Their primary goal was serving the community. And so, what is it I need to do? I have to protect my employees. I have to protect my customers. I have to buy PPE (personal protective equipment), I have to put up plexiglass. … I have to reconfigure my store. I have to start doing grab-and-go, which is more labor intensive than having someone scoop it out for themselves. So all of those activities were going on and they all required people, at the same time that we’re fighting a virus that attacks people.”

Keeping the grocery labor pool safe has become critical, because they have been designated essential workers. For Metcalfe’s Market, with three stores near Milwaukee, that meant making sure the staff takes care of themselves. “We’ve been working really hard with staff, telling them specifically how important they are and to think of themselves as first responders or medical professionals. That’s how important they are in this crisis, and we need them to stay healthy,” said Tim Metcalfe, owner of Metcalfe’s Market, in an interview late in March at the start of the pandemic.

“We make sure that we don’t overtax our people because we need them for at least another couple of months during this time,” added Metcalfe, who ensures staff take their days off and don’t work overtime. “They’re critical. They’re critical employees. They’re critical people in this emergency.”

John Ross, CEO of IGA in Chicago, suggests taking the time to talk with staff about current events, from the pandemic to social unrest, and create a safe place for them to have discussions about these stressful situations.

“On a normal day retail is hard, but the last few months have been more stressful, more challenging than any time in recent memory for the grocery industry,” he says. “The reality is that human beings get worn out. And when we are tired and stressed, we can’t perform, and that takes a toll on your company and on your own personal well-being. So the question is, what can you do as a leader to deal with the impact of invisible but very real mental stress?”

He advises supervisors to watch for changes in behavior and signs that a team member may be overstressed, such as becoming angry more quickly or lax in performing job duties.

Retailers can practice easy methods for employees to destress, such as allowing them to walk away for a time to reevaluate the situation or the task that is causing the stress, he adds. Transforming the break room into a more restful environment with softer lighting and games that staff can play to give their minds a break, may also be helpful.

Due to the critical nature of keeping grocery stores open, many retailers also instituted bonus pay or hero pay. This ranged from $1 or $2 extra per hour to lump sum bonuses given out several times during the first several months of the pandemic.

CEO John DeCicco Jr. noted that most staffers earned about $175 extra per week through the end of May, as sales were up more than 46% every week for the first several months.

Most retailers have ended hero pay, which has drawn a rebuke from United Food and Commercial Workers (UFCW), the union that represents grocery workers, as many states across the country continue to see rising cases of COVID-19. At press time, 93 UFCW member grocery workers had died and more than 12,405 grocery workers had been exposed to the virus or become ill.

The union and several Democratic senators recently sent a letter to the 15 largest grocery retailers asking for reinstatement of hero pay and implementation of Centers for Disease Control and Prevention recommendations for workplace safety for the duration of the pandemic.

Compensation has become a key issue, but it’s not just about pay level. “We expect almost a completely different approach to compensation to be introduced over the next three to six months,” says Jeanniey Mullen, chief marketing officer of DailyPay, a company that provides access to accumulated earnings on a daily basis. “We have definitely seen a significant acceleration in all companies adopting on-demand pay as a way to give employees the flexibility to access their funds as they earn them.”

Mullen notes that prior to March, most employees who were taking out earned funds before payday were using it for things like gas, food or medical expenses—things to take care of themselves or pay a bill. However, since the pandemic hit, people began “using it as a financial bridge to support the family, the household or to cover rent,” she says.

While grocery staffers are still working, they may be the only ones in their family who are doing so, causing families to take large financial hits. Mullen adds that many retailers have begun to augment their benefits packages to include things such as zero interest loans and are re-evaluating how they handle other elements of pay like annual raises and other incentives.

“We will continue to see a whole variety of behavioral stimulus techniques used in order to make sure stores are staffed and can handle demand,” Ross says. “I don’t think we’ve seen the end of those techniques by far.”