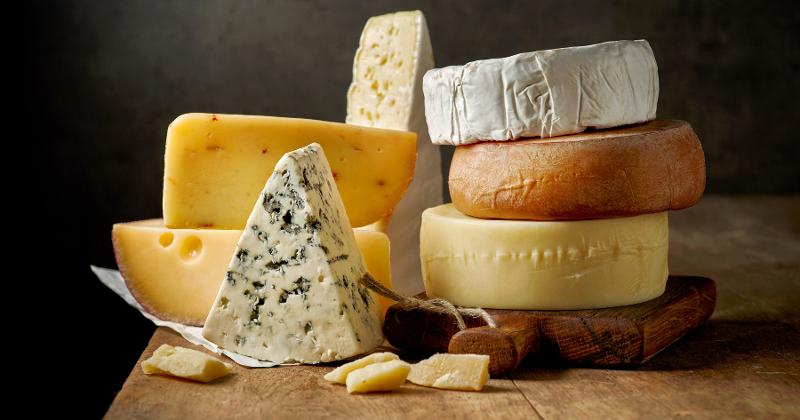 There’s nothing like a pandemic to teach an industry what it’s made of, and by all accounts at last week’s virtual American Cheese Society (ACS) 2021 Annual Conference, the U.S. cheese business is worth its weight in over $22 billion in sales.

With the theme, Moving Forward Together, the annual ACS conference kicked off with a welcome session from President Jeremy Stephenson, followed by a panel of cheese industry leaders from the retail and production sides of the business.

Among those leaders, Elizabeth Chubbuck, Murray’s Cheese chief strategy officer, shared the challenges of The Kroger Co.-owned company’s pandemic journey. “One thing is certain, the heroic efforts of our essential workers, which includes our dairy farmers, our cheesemakers and mongers, our retailers, our importers and distributors, was a huge part of how we made it through,” she said.

Murray’s Cheese, which includes eight distinct businesses in New York City and supports more than 900 Kroger stores nationwide, learned much about the connectedness and interdependence of everyone in its business during COVID, explained Chubbuck.

“At Murray’s we believe that we’re an ecosystem and we actually think the entire industry—this community—is an ecosystem,” she said.

“In four days, we closed our restaurants, classrooms and event spaces. Our wholesale business collapsed, our catering business flatlined, and as commuters and tourists disappeared from New York streets, our foot traffic in retail stores plummeted,” said Chubbuck.

Kroger and Murray’s Cheese were unprepared for the abrupt and massive move to online shopping. As e-commerce orders surged in April 2020, Murray’s was forced to reduce its warehouse staff in half to allow for social distancing.

“We were not ready for it. None of us were ready. It was clear that along with the rest of the world and our industry, we were in a moment of crisis followed by many other moments of crisis,” said Chubbuck.

Founded in 1940 by Murray Greenberg, and later purchased by Rob Kaufelt in 1991, Murray’s Cheese grew into a world-renowned destination for specialty cheese, which then caught the eye of the Cincinnati-based Kroger.

In 2008, Murray’s entered into an agreement with Kroger to expand the grocer’s specialty cheese program, and in 2017, Kroger purchased the equity of Murray’s Cheese, as well as its flagship store on Bleecker Street in New York, to form a merger of the two companies.

While Kroger does not disclose specific sales information, its website notes that when a Murray’s Cheese shop opens in one of its stores, entire store sales increase.

“When we set out on the Kroger partnership, we wanted to bring delicious cheese to the masses, educate them on the world of cheese and share our love of specialty food with associates and customers across the country, said Chubbuck in a 2018 interview with WGB.

“Our partnership with Kroger has allowed us to bring this mission to life in ways we never could have imagined. Every day, our associates take us one step closer to achieving this, and we would not be able to do so without them,” she added.

Flash forward to 2021 and a company still climbing out of the impact of COVID-19, and Chubbuck and her employer are reflective. “We reconsidered our values and what a best case outcome coming out of the pandemic would look like,” she said.

Kroger’s and Murray’s present values are based on keeping the team safe, continuing to offer meaningful employment, supporting suppliers, and an ongoing commitment to feeding the communities they serve, she says.

Early in the pandemic, Murray’s flagship store in New York was reinvented as an e-commerce fulfillment center. It streamlined e-commerce offerings, its cheese classes and events went virtual, and its commissary kitchens transformed into spaces to provide staff meals.

The company also focused internally, says Chubbuck. It revised its business targets “to be realistically achievable in our new reality because we wanted our teams to have something positive to work toward,” and it more closely examined systemic racism, starting the process to become a more fair and just business, she added.

“We have lost; we have learned; we have persevered; and we have survived,” said Chubbuck. “Perhaps more than ever before, our industry—this community—is really bound together like an ecosystem. From the soil to the grass, to the vat to the counter, from the hands of makers and mongers, drivers and boxers to customers and communities we serve—everyone makes an impact.”