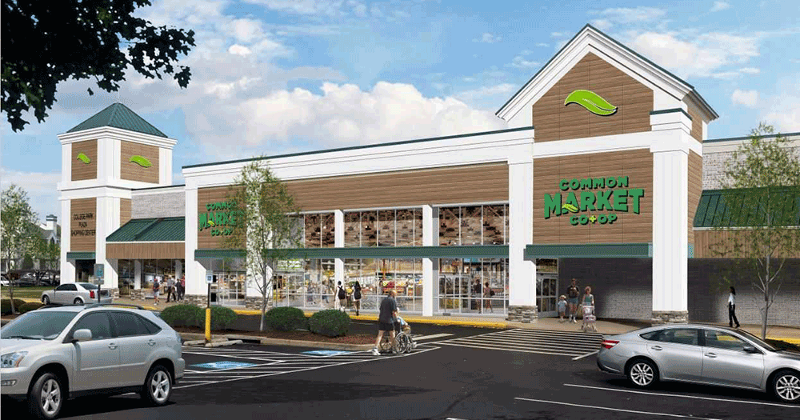 Driven by an increased demand for organic and local foods in Frederick, Md., single-store operator Common Market co-op plans to open a second location in a former Safeway.

The new Seventh Street store will be almost twice the size of the original Route 85 location and will boast expanded features, including grocery pickup, a pet center offering a large selection of organic pet products, and a cafe with enhanced operations.

Company officials said they have been on the hunt for expansion opportunities for several years, so when a Safeway closed in May they jumped on the opportunity. The decision was solidified by the building’s established grocery store infrastructure as well as its proximity to downtown Frederick, Fort Detrick, Hood College and Frederick Memorial Hospital.

General Manager Bob Thompson said the new store, which is anticipated to bring about 110 new jobs to the community, will allow the retailer to “provide better access to our products and services, as well as increased support for our local suppliers.”

Common Market worked closely with local partners to ensure its efforts will positively impact the community. For example, the city of Frederick, Miles and Stockbridge, and Warner Commercial aided in the planning and purchase of the property with local architects and construction companies stepping in to complete the project. The project’s funding will be made possible in part through a capital campaign with the Common Market’s nearly 6,600 community owners and local banks.

The co-op’s corporate office will also relocate from the county to the new location within the city limits.