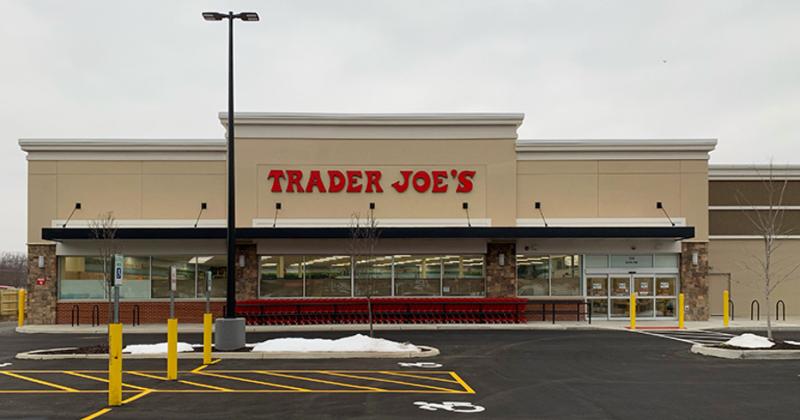 In Joe Coulombe’s recently published memoirs, the eponymous grocer reveals “the most important single business decision [he] ever made” was to “pay people well.”

Competitive pay along with retirement and health benefits, paid time off, an employee discount and career advancement opportunities have translated to enthusiastic and hardworking employees for the Monrovia, Calif.-based retailer over the years.

And now, when it’s never been more challenging to get help, scores of people still want to work for Trader Joe’s because it’s cool.

The ability to attract and retain talent has served Trader Joe’s well this summer, which marked a number of new store openings for the grocer. By the end of August alone, Trader Joe’s will have opened three new stores and announced that two more are “coming soon.”

On Aug. 20, Trader Joe’s opened in South Bend, Ind., at 1140 East Howard. On Aug. 25, Trader Joe’s is set to open a new store at 2111 Gunbarrel Road in Chattanooga, Tenn., followed by another Tennessee store on Aug. 27, located at 545 Cool Springs Blvd. in Franklin. Additional Trader Joe’s stores are “coming soon” to Halfmoon, N.Y. and Morrisville, N.C.

Each time Trader Joe’s announces a new store opening, it invites candidates to apply for employment via its website, which touts competitive pay and regular performance-based salary increases.

“We pay well,” says the company. “To keep crew developing and incentivize exceptional performance, we provide a performance review for each crew twice a year. On average, crew have the potential to receive a 7% annual increase.”

A Close Eye on Organizing

Coulombe’s book, entitled Becoming Trader Joe, was written with Patty Civalleri and published posthumously by Harper Collins in June (Coulombe passed away at age 89 in February of 2020). In the book, Coulombe explains that regular interviews with full-time employees was a strategy he learned at Stanford, and one that was ultimately borne from a desire to squelch unionization at Trader Joe’s.

Coulombe implemented the practice of giving every full-time employee an interview every six months (not with their immediate superior, but rather with the store manager’s superior), with the principal purpose of hearing grievances.

Becoming Trader Joe—hailed by former Dunkin’ Donuts CEO Bob Rosenberg as “a master class for entrepreneurs”—reveals further insights with regard to the Trader Joe’s compensation model.

“Much as I would like to pose as an altruistic visionary,” wrote Coulombe of his competitive compensation model, “my policy was grounded partly by the desire to stay un-organized by the Retail Clerks Union, which under the discretion of the legendary Joe DeSilva terrorized the market industry in those days.

“We really didn’t pay more per hour than union scale, but we gave people hours. Because union scale is so high, the supermarkets are very stingy with hours and will do anything to avoid paying overtime,” continues Coulombe. “I simply built overtime into the system: everyone was to work a five-day, 48-hour week. Actually, because of fluctuations in the business, employees often alternate between four-day and six-day weeks. (38.5 hours to 57.5 hours). This generates a lot of three-day weekends, which is quite popular with the troops.”

Today, a 401k retirement plan and up to a 20% store discount for store employees, paid time off that increases with tenure, and performance-based promotions are further enticements to employment, but it’s the retailer’s robust medical, dental and vision health plan that seals the deal for new and existing crew members.

As a former Trader Joe’s store employee told WGB in November 2020, “In addition to higher- than-average grocery store base pay, there are great medical benefits. [Trader Joe’s employees] call it the ‘golden handcuffs.’ You can’t find benefits like that anywhere else so people who work there, typically stay there.”