Dwayne Capmbell of Hy Vee in Des Moines, Iowa, right, is named Best Bagger at the NGA Show. Runner up Elissa Chambliss of Buehler's Fresh Foods, is at left.

The annual contest, held since 1987, is designed to promote customer service. Contestants are judged by speed, proper bag-building technique, as well as style, attitude and appearance, NGA said.

Campbell prevailed over a field of five in the final round to claim the $10,000 first prize, which he said he would use to take his family on a vacation. Campbell is a 13-year veteran of Hy-Vee; he works as an assistant manager of perishables at his store. 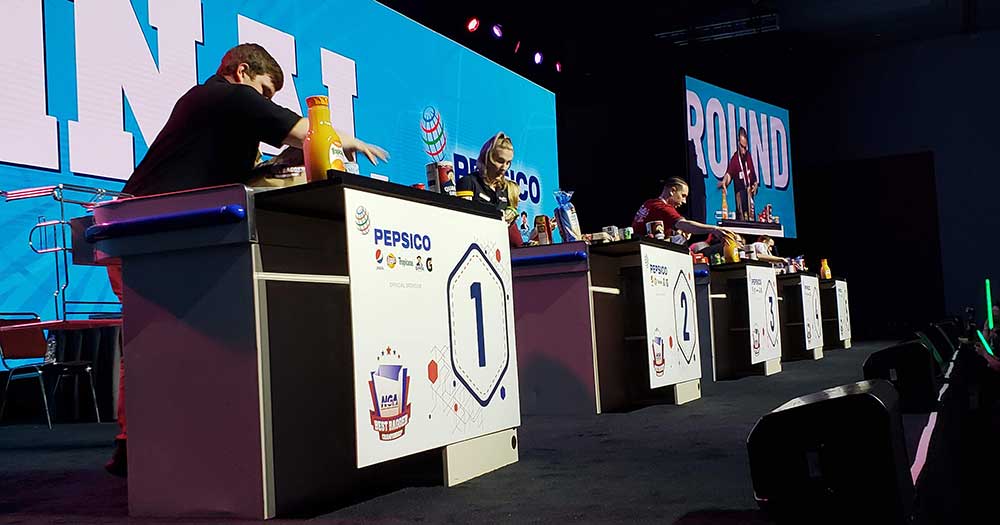 The Best Bagger Championship was sponsored by PepsiCo and emceed by Akbar Gbajabiamila, co-host of NBC’s "American Ninja Warrior" and author of "Everyone Can Be a Ninja."

“Baggers or courtesy clerks are an essential part of a positive customer experience. Each year, NGA hosts the Best Bagger Championship, which showcases the important skill of bagging,” said Peter Larkin, president and CEO of NGA, Arlington, Va. “I’d like thank our amazing contestants and our sponsor PepsiCo. Congratulations to Dwayne on his victory.”