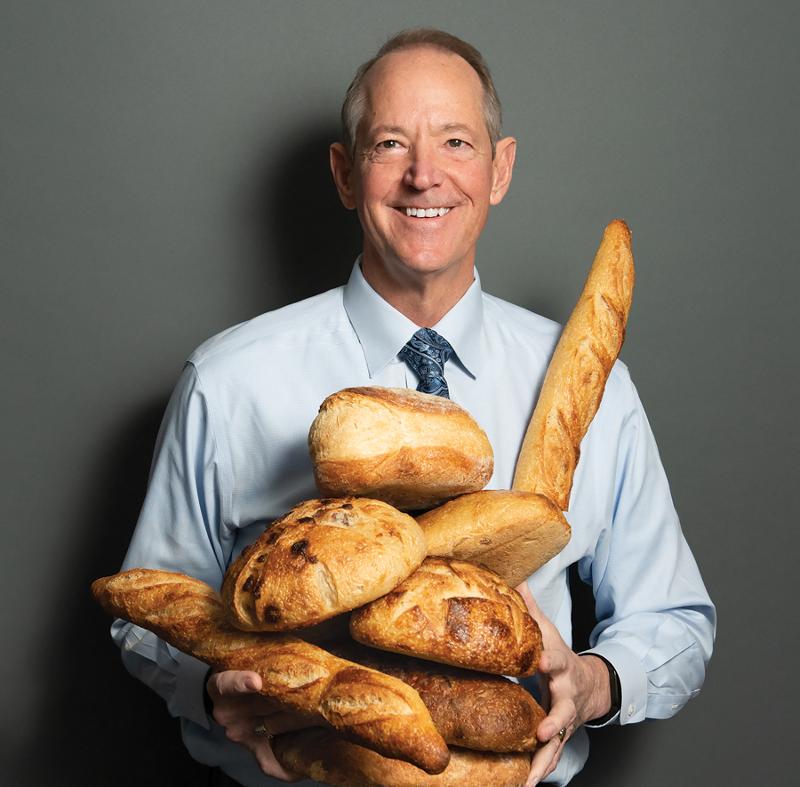 Going the extra mile for customers has been the driving force behind Harmons Grocery since it first opened in 1932, and no one embodies that more than Bob Harmon, whose title—chairman of the customer—says it all.

At Harmons, every decision is made around delivering an outstanding experience. In order to do that, investment in employee training and education is a must. While Harmons is synonymous with overall excellence to Utah grocery shoppers, its staff travels the world to find authentic flavors and traditions, even while sourcing 2,600 products from vendors in its home state.

Harmons’ bakers are trained at the San Francisco Baking Institute, the cheesemongers are Certified Cheese Professionals, and each store has an education week every year in which all staff members are cross-trained on all tasks throughout the company.

These efforts do not go unnoticed by customers. A recent customer testimonial mirrors the affinity Harmons has secured with its customers, thanks in no small part to its shopper ambassador extraordinaire, Bob Harmon: “Harmons is different ... and above and beyond any grocery store. I’ve never felt more comfortable in any other chain of stores or more appreciated as an individual. I’m not exaggerating when I say I love it here. From the lighting to the spot-on and personable customer service, which makes you feel more like a friend than a customer, Harmons is perfect.” 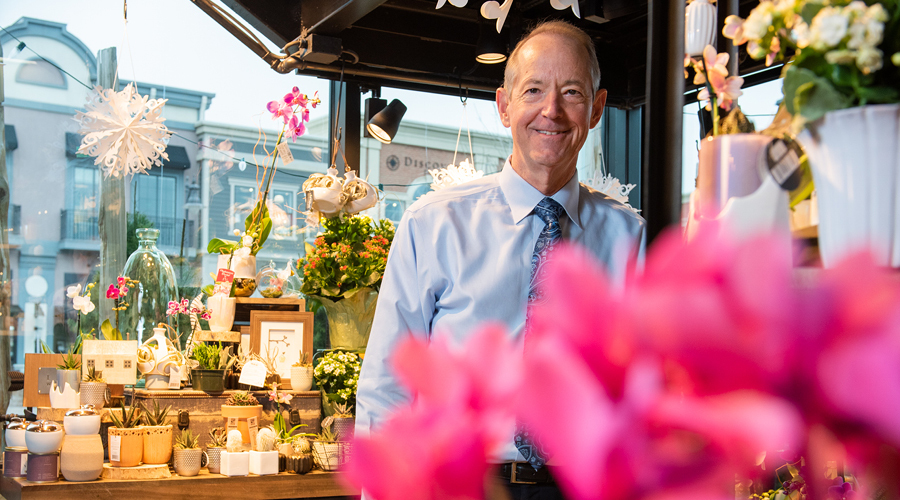 WGB caught up with Harmon last month to learn more about what motivates his relentless drive to continuously raise the bar in all areas of his family-held company’s operations, and what fuels the fire for his forward-thinking vision and unrivaled commitment to service and innovation, as well as some of the most valuable lessons he’s learned at the helm of his family-held company.

In the rapidly changing retail food world, Harmons Grocery has responded admirably well and, in the process, has gained a fiercely loyal base of customers who have come to count on it as a trusted partner. Harmon deeply cherishes those relationships. “It’s our obligation to earn their votes every day through our actions, and by truly caring for the relationships built with our 4,000 associates that we employ and our 325,000 customers who visit us weekly,” he said. “That partnership and relationship is truly the primary focus of what makes us be able to make the changes and direct our leadership in the ways to make a much better experience for our customer at large.”

Harmon also cherishes the company’s demonstrated reputation as a trusted authority—as opposed to merely an aggregator of products under one roof—on behalf of its customers. Transparency is key, he said. “You need to tell the truth,” including being willing to “acknowledge when you’re wrong” while continuously striving to get better, Harmon said. “We are, and should be, knowledgeable about what we put in our bodies. I think the consumer is very aware of that today, especially with the availability to information and resources” regarding sourcing and ingredients.

The Power of ‘Remarkable, Passionate People’

“By investing heavily in our people, training and education about the products,” Harmon said the company’s front-line teams are appropriately empowered to respond to questions about quality, value proposition, ingredients and other important attributes. “Telling a story [about products] is probably the biggest thing that we’ve really come to really understand and embrace,” he said. Key to that equation, he continued, is the human touch.

“It’s our remarkable, passionate people that we’ve [empowered] to express their knowledge and excitement about what they know and the knowledge that they have in lieu of just putting up a very well-written sign or maybe using some other marketing to tell the story," he said.

Harmon has seen the payoff on a daily basis, especially in a category such as the retailer's expansive cheese islands, which feature about 250 different kinds of international, domestic, local artisanal cheese. “It’s overwhelming to me. It’s beautiful and huge, but what do I do? And, when you have a cheesemonger who is highly educated—even to the level of a Certified Cheese Professional, which takes six months of training on their own, which we support”—the process is far less intimidating, Harmon said.

When asked how Harmons made the leap from a conventional grocery store to an everyday epicurean style grocer, its chairman of the customer recalls the decision-making process vividly because it was a sizable calculated risk.

“The best way to look at it is that we were running about 1,000 miles an hour toward a cliff, and we really got to understand that clearly back in the late ’90s and early 2000s, when the industry was changing to a price impact environment,” Harmon said. Despite that, Harmons was “very, very price competitive,” he said. “We knew at that point, that if we remained ... in the muddy middle” while continually lowering prices, things would only become further muddied and less effective in the long run. 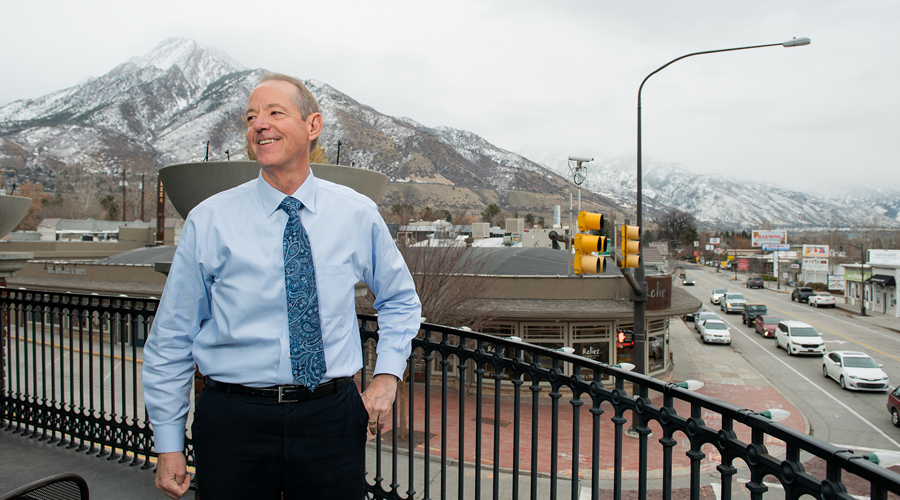 “It was a huge risk, and in fact, we wrung our hands for months,” mulling the transition and its unforeseen impact on its people and it customers, he said. But after consensus was established, there was no turning back—but not before bringing all associates from across the company up to speed.

“I remember it so vividly because the impact was a big thing for our people. We were going from a price operator to something other than that, and they were concerned” about what it would mean for them, Harmon said. “We actually talked to every single associate within our company at that time,” over a one-week period, he continued. “All of our leadership and staff went out and met within small groups and large groups to explain where we were going.” Communicating the transition to Harmons’ customers was also key, because it allowed everyone to become excited and energized together, Harmon said.

By deciding to move away from price, Harmons redirected its energies toward becoming the best grocer it could be by investing in training and development. “We’ve taken people to Italy, Spain and Argentina. We have people going to Holland to look at flowers for our floral distribution design center, and to also procure the latest in home decor and fashion for the holiday seasons. We just realized we had to reinvest in” a new model built around people, Harmon said.

“I feel strongly that I could say that I did not know our business until this change,” which he said has enabled Harmons to become a far more superior purveyor and merchant of the products it sells. “The consumer is in charge, and has really always been, but today, they’re more in charge than they’ve ever been. They are finding out flavors and tastes and things that are healthier for them—things that actually help them more functionally,” be it for special dietary needs or food intolerances.

“By just deciding that we are going to elevate our experience in every form, from our customer experience with our people, through our products that we provide,” everything has changed for the better, he said. “The main thing that helped us so much was to understand that we have control of ... the ability to source ... and create within our own environment, through recipes of finding food and ingredients that are actually better for you, and understanding actually what those food and ingredients are so that we can then explain, educate and provide a different experience than our competition.”

When asked to discuss the higher growth categories and how they translate into the retailer’s overall approach, Harmon said there are near countless examples, but its chef-prepared fresh produce stands out as being especially noteworthy. After initially procuring fresh-cut produce from a distributor, it wasn’t long before “we realized that we were missing a big, big piece of what that could do for us,” foremost of which was controlling the quality, flavor and taste characteristics of the various fruits and vegetables, he said.

“We’re actually culling product from our produce departments and processing it” in-store, which enables fresh produce to be “fresher every day,” with constant rotations from the stores’ produce department inventory, he said.

Beyond about 60 to 75 different varieties of fresh-cut veggies and fruits, Harmon said other produce department offshoots have since become signature items, such as fresh guacamole, salsas and zucchini noodles, or “zoodles,” which Harmon said are not only cool but also a delicious alternative to pasta.

The approach “has literally changed the way that people are looking at produce today,” he said, which not only enhances the convenience aspect but also the zero-waste appeal with recipe-ready or ready-to-eat fresh produce. “People really understand that there’s value in it,” to the point “where the category alone in produce continues to grow 50% to 100% year over year” to equate to about 22% of Harmons’ produce penetration, Harmon said. The category has more room to grow, and Harmon believes “it has easily potential to go to 30%.”

Harmon is circumspect when asked to share a bit about what makes him tick as chairman of one of the most respected independent grocery chains in the nation. “It really comes down to: Do you have the health and well-being of your people, your community and all of those partners that you so rely on in mind? Is that the goal?” If not, he said, it should be. And Harmon does everything he can to see it through. The same goes for the legions of local Utah vendors Harmons works with. “When you take the time to support them, encourage them, help them, actually, in some cases, where they can’t get into your market or they can’t get to that next level,” the rest, he said, seems to fall into place.

But perhaps the single most valuable thing Harmon prioritizes is being available to “ensure that they have all the means for success—and then get out of their way.”

Be sure to check out the complete list of WGB’s 2020 Remarkable Independents, which collectively cover all demographics of the marketplace and highlight the industry’s best indies from around the nation.