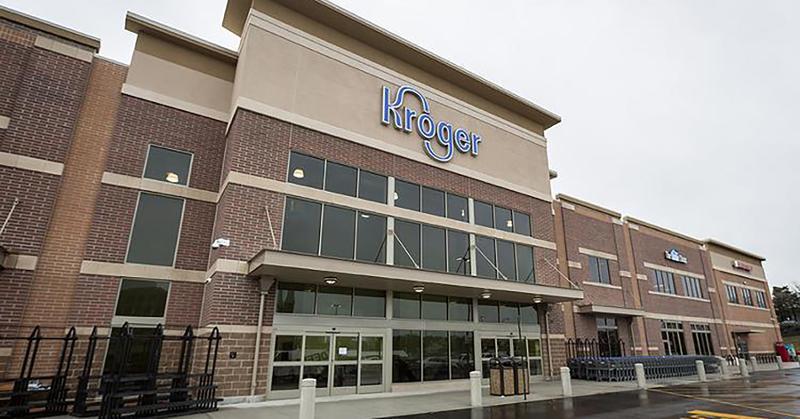 While The Kroger Co. preps a crucial update on its business strategies for investors, the retailer, in a related move, is also planning a major revision of its message to shoppers.

Any day now, the Cincinnati-based company is expected to reveal details of a comprehensive brand renewal, including what appears could be the first major revision of its corporate logo in more than 50 years, WGB has learned. While details of the look and scope of the branding effort as of this writing are still under tight wraps, Kroger hopes a new look, and a more focused message, will allow it to better communicate an identity to shoppers and close a gap between the company’s business success and its brand perception—one of the reasons that officials believe the Restock Kroger initiative has missed the mark on sparking the same-store sales growth that was expected.

Kroger has scheduled a presentation for investors and financial analysts in New York next week where corporate brand identity is expected to be discussed as one aspect of an update to the Restock strategy. Kroger is also expected to reset financial goals and the elements of Restock in detail, after acknowledging earlier this year that its projections turned out to be unachievable in the time frame first envisioned for them.

That Kroger would introduce some kind of brand reshaping has been expected since earlier this year when it engaged DDB New York as its first advertising agency of record. DDB officials signaled they would work toward a crafting a “standout brand and narrative” that would drive more customers to its properties.

“There is massive creative potential to be explored within the brand,” Audrey Melofchik, president of DDB New York, said at the time.

The new branding comes at a time when Kroger—a $120 billion company comprised of 2,700 U.S. stores operating under some 17 local store banners—fights for consumer recognition among competitors that have considerably less complex messaging, among other advantages.

Aldi, Walmart, Target, Costco or Amazon—take your pick, and you can describe nearly everything about these companies in a single word. Kroger by contrast is a million things at once. It’s Harris Teeter, City Market, Mariano’s, Food 4 Less, Ralphs, ClickList, Simple Truth, Signature, Fresh Fare, Kroger Ship and Dip, 84.51 and Vitacost, and I’m only getting started. There are elements of each of these things that stitch them together, but for Kroger, it's long since time to find a simple way to convey that.

While food retailers have traditionally tread carefully on interfering with the equity of local brands—some Californians will never forgive Albertsons for abruptly obliterating the Lucky stores brand following an acquisition, as a cautionary example—at the very least, a culling of the volume of messaging from the Kroger can be expected even if King Soopers isn’t ceremoniously knocked off his throne.

CEO Rodney McMullen, speaking in a conference call earlier this year, acknowledged the retailer needed to be “a little bit better at telling the customer our story.”

Kroger has made only minor changes to its logo since the late 1930s, according to a history published on the Logopedia website. Its logo—featuring the word Kroger with arching curves on the K and G coming together so as to surround the O, dates to at least 1939, although the font and background has changed a bit over the years. Most recently, the word appears inside a blue oval surrounded by a red outline. Are these arms awkwardly gripping an apple from the top and bottom? Are they elephant trunks? Whatever they are, they don’t carry the heft and deep consumer resonance that the bullseye or the spark do.

Some financial analysts have expressed similar exasperation that the Restock’s ambitions have yet to be communicated cleraly enough by Kroger. They’ll be looking for clarity on grocery sales pace, omnichannel initiatives, alternative profits and capital allocation. If they get the message right, this could be a very meaningful couple of days for Kroger, and that’s the Simple Truth.