Randy Talley could tell it was time to take another look at Earth Fare by the declining traffic in his restaurant. 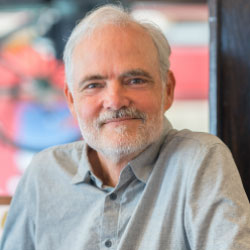 Talley, a natural foods entrepreneur with roots in the movement’s crunchy 1970s infancy, had been instrumental in growing the Asheville, N.C.-based natural foods store from a single unit known as Dinner for the Earth to a small but profitable chain known as Earth Fare, departing the company shortly after it sold to the private equity firm Monitor Clipper Partners in 2006.

While the new investors built Earth Fare into a multistate operator, eventually flipping to a second private investor, Oak Hill Partners in 2012, Talley and Earth Fare co-founder Roger Derrough went on to found Green Sage Cafe, an organic foods restaurant with four stores, one of which shared both a Asheville shopping center, and an audience, with an Earth Fare store.

In an interview with WGB, Talley described watching anxiously as Earth Fare, beset by what he’d later diagnose as pricing and cultural problems masked by even bigger issues with real estate and debt, gradually and then spectacularly wipe out in a bankruptcy that resulted in every one of its 55 stores abruptly closing their doors earlier this year. That, needless to say, wasn’t any good for Green Sage Cafe.

“One of the motivations for me to save Earth Fare was to save my restaurant business,” Talley said. “When that store closed, our sales plummeted, and because it was the draw for that shopping center. That put me on a mission.”

It was with hopes of reviving that neighboring store—along with a second Asheville location and the Earth Fare brand name—that Talley began a search for investors on the very morning the company filed for bankruptcy. He’d encounter a hectic and fluid situation both among backers and rivals for Earth Fare’s carcass, recounting at least two investment deals that fell through. Discussions with one of those potential investors got far enough to gain access to Earth Fare’s “data room” and grew the appetite and a business plan from two stores and the brand name to all 31 of the chain’s profitable units.

Talley said the expanded bid was inspired, in part, by reviewing details of an unidentified mystery bidder referred to in Earth Fare’s bankruptcy filing.

“I had raised about $1.5 million and was turning over every stone I could,” Talley said, including reaching out to a former Earth Fare CEO, Mike Cianciarulo, who agreed to come back if a deal could be consummated. Cianciarulo, who has since founded a Brevard, N.C.-natural foods store called Food Matters, in turn introduced Talley to one of his partners in Food Matters, Dennis Hulsing, a local hospitality and health spa magnate who himself began a high-speed investigation of the deal. 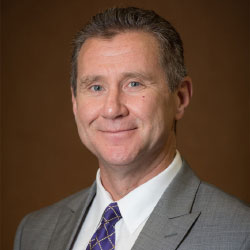 Early on the morning of the Earth Fare bankruptcy auction on March 17, Talley got a phone call from Hulsing. He was in.

Their bid ultimately was smaller than 31 stores—and they didn’t get every one they had hoped to, though did they came away with what Talley described as three of Earth Fare’s most profitable units—the Westgate Asheville store adjoining his restaurant, along with units in Roanoke, Va., and Athens, Ga. The decision, however, to pare back the initial bid paid off as a number of stores went unsold in the auction and saw little activity with the onset of the COVID pandemic the very same same week. “When everybody froze, we sprung into action,” Hulsing said, subsequently acquiring several leases direct from the landlords the stores had been sent back to.

The goal is to open as many as 20 units by Thanksgiving, and maybe still more, over two phases, Talley said. Some of the newly acquired units had already been “sold for parts” and had equipment removed, so officials are planning a gradual opening.

That kicked off June 22 with the Asheville reopening, followed by a Roanoke reopening this week. Openings are scheduled in Boone, N.C., on July 6; in Athens, Ga., on July 13; and after a two-week break, four stores in South Carolina: Summerville, Charleston, Columbia and Rock Hill, completing phase 1.

Although initially reported that former Earth Fare HR director Bethany Turon would be CEO of the new group—she had helped connect Talley to one of the early backers—Hulsing has assumed the role instead. The senior leadership includes Talley, named chief sustainability officer; Cianciarulo, a strategic adviser; and David Isinghood, a 25-year Whole Foods Market veteran also reeled in through Turon, as chief operating officer. 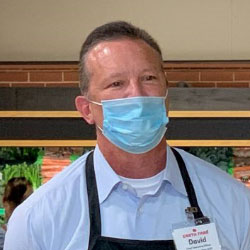 Isinghood, who had joined Earth Fare only months before its bankruptcy, will be “leading the charge” to reopen, Talley said.

Hulsing told WGB his review of Earth Fare unveiled some obvious business problems—what he called a “bloated” corporate office, high debt and far too many underperforming units. “It’s a concept that has deteriorated over the last couple of years, but I knew that they had a heck of a face, a heck of a strategy and I think, a heck of a following,” said Hulsing, who pledged to bring experience in health and hospitality to the team.

“They had 155 people at the corporate office for just 55 stores, and they should have about one per store,” Hulsing contended. “We’ve got a different philosophy. We’re going to put our people in the stores and not burden them from an ivory tower.”

Talley said he believes labor cuts in stores had deteriorated customer service and cleanliness, led to higher turnover and negatively affected sales. One of the company’s priorities is to reacquire workers who may have departed over the years. One is those is Mitchell Orland, the chain’s one-time and once-again executive chef.

“Our predecessors had really cut labor below what was sustainable,” Talley said. “We’ll have a lean corporate office, and we’re going to add a couple of points to labor. That’s going to keep customers happy and staff happy, and that will help sales.”

“We have recommitted the company to competitive pricing. Our predecessors were using a high-low strategy. That might’ve been something that came from operating drugstores, but I think it confused customers: The prices not stable or consistent,” he said. “So we’ve come in with aggressive pricing on our produce and groceries. … Our goal is to be competitive, and have consistency of pricing.”