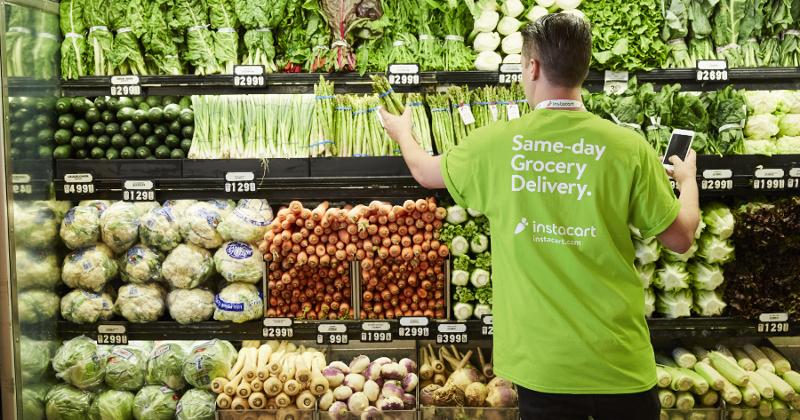 Today, Instacart launched a new Shopper Safety Alert technology that it says will notify shoppers of localized critical incidents as soon as they occur, helping keep shoppers safe on the online grocery platform. In addition, Instacart is enhancing its emergency calling functionality in the Shopper app, as well as introducing new resources to help the community shop safely.

Instacart’s new, first-of-its-kind Shopper Safety Alert technology will give shoppers near-real-time alerts when a critical incident occurs nearby. Developed in partnership with samdesk, this feature leverages multiple feeds, including law enforcement, social media, local news, and other channels, to generate automated alerts when there is a critical event. Shoppers within the area of an incident will immediately see the alert in the Shopper app to assess the situation and avoid the area. If a shopper is in the middle of an order, the app will automatically pause the order to prevent the shopper from entering the incident area. Instacart will also assess these situations in real time and may pause operations entirely in specific stores or regions if they pose a risk to the broader shopper community.

“We want Instacart to be a place where shoppers can earn safely, and we believe technology allows us to support shoppers in entirely new ways,” said Daniel Danker, VP of shopper and fulfillment at Instacart, in a statement. “Our new Shopper Safety Alerts will help protect shoppers in the unlikely event that they face an unexpected crisis, giving them near real-time information to avoid areas that may be unsafe. This update is part of our broader commitment to shopper safety, and we look forward to continuing our efforts to help shoppers earn safely.”

In addition, Instacart is enhancing its in-app emergency calling with RapidSOS. First introduced in May 2020, Instacart’s emergency calling feature enables shoppers to contact emergency services directly from the Shopper app. With RapidSOS Monitoring, Instacart shoppers will be able to share their geolocation and other critical information with 24/7 professional monitoring specialists for faster, data-enriched emergency response. The feature is available for all shoppers in the United States and Canada, in English and French.

“At RapidSOS, we’re united in our commitment to empower safer, stronger communities with data-driven emergency response worldwide,” said Michael Martin, CEO of RapidSOS. “By vetting and verifying emergency information with RapidSOS Monitoring, Instacart is providing shoppers with an added layer of safety and security.”

To further support shoppers, Instacart is also introducing new safety lessons that offer best practices on shopping, driving and delivering. These new optional lessons include an overview of Instacart’s shopper and community guidelines, a detailed walkthrough on how to report an incident in the Shopper app, and safety best practices. These will be available alongside existing safety lessons on sexual misconduct prevention and reporting, developed in partnership with RAINN, as well as safe driving and food safety.

In addition to product features, shoppers have a variety of other resources to support their safety on the platform. In the event that a shopper is injured while shopping or delivering, they have access to shopper injury protection, insurance available for all U.S. full-service shoppers that includes medical, disability, and accidental death benefits, says the company. Additionally, if a shopper faces an issue at any time, they can contact the Instacart Care or Trust and Safety teams, who are available 24/7.