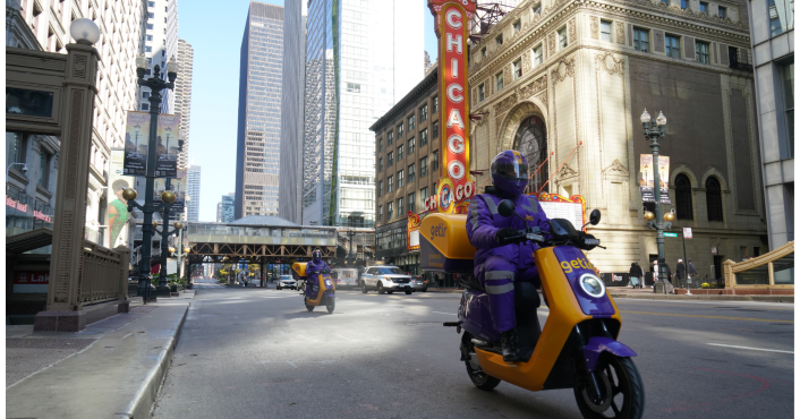 Ultrafast online grocer Getir, based in Istanbul, Turkey, has made its anticipated U.S. debut, launching its 10-minute delivery service this week in—no, not New York—Chicago.

The six-year-old company is now offering an assortment of more than 1,500 items to Windy City customers from Rogers Park on Chicago’s Far North Side to Chinatown on the city’s South Side and from the lakefront to west to the trendy Logan Square neighborhood. Chicago shoppers can get their first five orders without a delivery fee. Getir plans to expand to New York, currently the country’s most crowded market in the suddenly hot “instant delivery” space, as well as Boston by year’s end.

Outside of the U.S., Getir currently operates in 47 cities in Turkey and, as of earlier this year, markets in the U.K., the Netherlands, Germany, France, Spain, Italy and Portugal.

When it launches in the Big Apple, Getir will join players including imports Buyk and Gorillas as well as New York-based Jokr and Fridge No More. Getir's sights are set on further global expansion, and founder Nazim Salur said the move into the U.S. marks a major milestone for the company, which is currently valued at $7.7 billion after raising more than $1 billion in funding this year.

"Our expansion into the United States is well-timed; we've been perfecting our approach in ultrafast delivery since we created the model six years ago," Salur said in a news release. "Now that we're established and thriving in Europe, it's an optimal time for us to move further afield and introduce ourselves to the U.S. market. We're excited to showcase our best-in-class service to new customers and firmly establish ourselves as the true innovators and pioneers of this bustling sector."

Of the company's Chicago debut, Salur added that he was "proud to initiate Getir's launch in this wonderful city and to continue providing convenience to our customers all while generating meaningful jobs in the local community."

The company notes that it is committed to offering its workforce—drivers and packers are Getir employees, not gig workers—exemplary working conditions, including full-time positions and benefits. Drivers receive training and safety instruction and are provided with electric bicycles and e-mopeds as well as helmets and safety equipment.