“[Marukai] is essentially a Japanese supermarket, so the market is limited,” PPIH CEO Koji Ohara told the Review. “To expand in the prominent U.S. market, [PPIH will] develop a new store model that targets U.S. shoppers.”

The new retail format will have “Don Quijote-ism at the core in terms of being able to counter pressure from e-commerce,” said Ohara, who will become president of U.S. subsidiary Pan Pacific Retail Management, as well as an adviser for PPIH, reports the Nikkei Asia Review.

Japan's Don Quijote stores, known as "Donki" in Japan, offer everything from groceries to household goods and luxury handbags. all tightly merchandised and punctuated by colorful discount signage.

“The move represents a shift in the company's strategy in the country, where it has been gradually expanding operations through acquiring local retailers since 2006,” writes the Review. 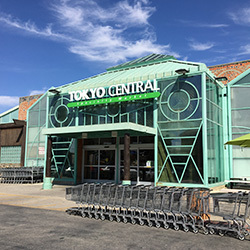 “Ohara is resigning from the CEO position next month to take charge in the U.S," the Review said. "The retailer is aiming to increase the store count from the current 38 to 100 in the long term.”

Don Quijote’s competitive edge has been its ability to remain competitive in a marketplace that continues to move online. “There is no retailer that can rival that in the U.S.,” he told the Review, which says the company aims to launch new U.S. stores in areas vacated by other retailers.