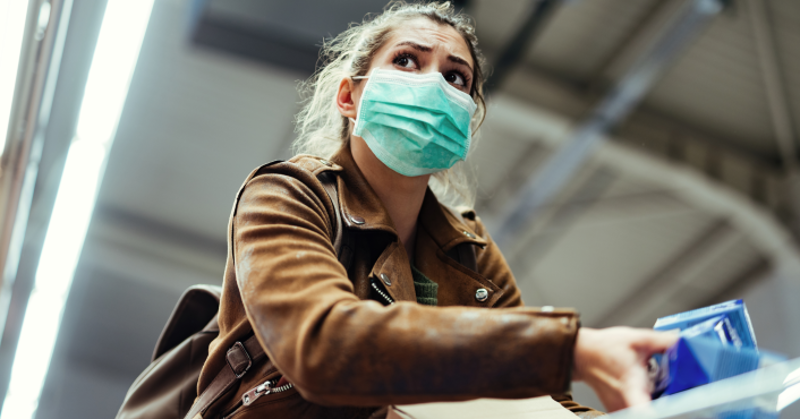 If you had to pick a visual representation for how U.S. consumers are feeling about the economy right now, you could do worse than the queasy emoji.

So suggests a bevy of recent polls that find consumers are increasingly anxious about inflation's impact on their bottom line and increasingly pessimistic about the short-term economic outlook.

Preliminary June data from the University of Michigan's Survey of Consumer Sentiment showed a 14% drop in consumer sentiment from May, with consumers' view of the economy falling to levels comparable with those last seen in 1980, according to survey director Joanne Hsu. Nearly half of consumers, 48%, cited inflation as the reason for their downbeat view. In addition, consumers' outlook for the economic year ahead was down 24% in early June polling, and their evaluation of their own financial situation worsened by about 20%, Hsu noted.

Consumers further expect gas prices to continue rising by a median of 25 cents in the next year; that early-month polling was completed before the June 10 release of the Bureau of Labor Statistics' May CPI report, which found that gas prices in May were up nearly 49% year over year.

See also: Nonessentials Get the Boot As Inflation Continues to Climb

Separately, an ongoing survey of more than 10,000 U.S. consumers by Chicago-based data and tech company Numerator found that the share of consumers rating their personal finances as "good" or "very good" dipped below 50% in early June, falling to 48.8% this month from 52.3% in early April. Those rating their finances as "poor" or "very poor," meanwhile, climbed to 14.9% from 11.6%.

Urban consumers in particular said they're feeling a financial squeeze: With rent prices for a primary residence up 5.2% year over year in May (matching the year-over-year rise in average hourly earnings), 24% of urban consumers in early June said they don't have spare cash, up 2 percentage points from the previous month.

How are increasingly downbeat consumers responding at the grocery store? According to a newly released report from Lake Success, N.Y.-based The Feedback Group, 46% said they're turning to low-price leaders to help manage their grocery spend, and nearly 4 in 10 said they're opting more often for store brands vs. national brands. One-quarter said they're buying fewer last-minute or impulse items, and a similar share said they're substituting items on their list with similar, less-expensive items.

Fetch Rewards, a shopper rewards app that offers savings when consumers submit purchase receipts, found in an analysis of transaction data that the number of items purchased per household in a shopping trip fell 9.6% year over year in May in what Fetch called the "first signs of declining consumer demand since the post-COVID recovery began." Shopping trips per household rose in May, Fetch found, with consumers spending more per trip even as they purchased less.

FDA to examine proposal to split food and drug oversight