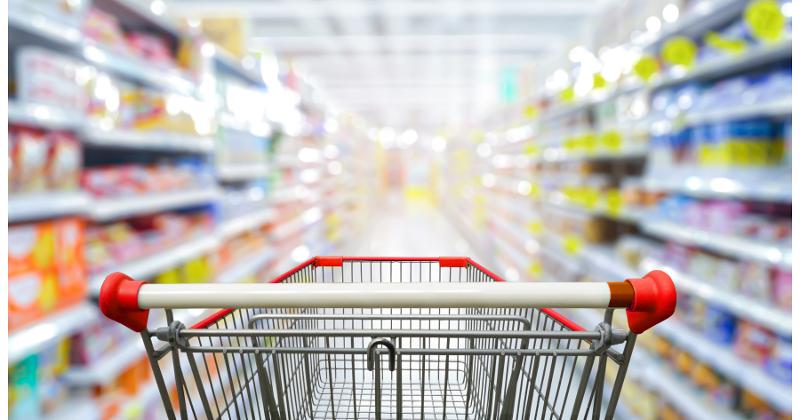 “Consumers don’t just shop at one grocery store, they probably shop at five in any given week, in any given month," said Carrie Smith, SVP at Franklin Street, during Placer.ai's “Grocery Update: Opportunities and Challenges" webinar. This was just one key takeaway from the live online event, which was moderated by Ethan Chernofsky, VP of marketing for Placer.ai, and featured Smith and Jennifer Bartashus, senior equity research analyst for Bloomberg Intelligence, as guest speakers.

The panel identified opportunities and challenges the grocery industry is facing today and analyzed new strategies some retailers are adopting. Read on to learn more.

“There’s a bigger drive to the private label brands, a bigger drive to look at what you’re spending your dollars on. You go to Target to buy one thing, but you walk out buying 20. That’s what they’re known for, and what they love. That is impactful to them,” Smith said.

But a challenge that many stores may be facing is how many need vs. want items consumers are going to be placing in their carts. “[Consumers] start changing your mind. Maybe I don’t need that tank top in addition to all of these groceries," she said. "In terms of what you’re buying for your family, there’s not going to be a whole lot of change in that. Groceries are your essential way of life.”

“The power of Walmart lies in its larger assortment; having the general merchandise, and not being just a pure grocery. They decided to focus on online grocery and making that as good as it can be. [Walmart was] one of the early adopters of curbside pickup, and [they were] testing that out and building the technology around it,” Bartashus said, adding that the company’s “priorities shifted,” and they began “looking at where is grocery going, as opposed to becoming profitable in a small format box.”

Chernofsky regarding what Amazon’s future with grocery looks like:

“Whole Foods doesn’t make sense within the Amazon lane,” said Chernofsky. “Whole Foods is high end; it’s about ‘a little bit more expensive and a little bit fancier.’ You’ll spend more on the asparagus here because you trust the quality. Amazon Go felt very ‘Amazony’—quick get in, get out, showcase the technology, etc. Amazon Fresh is the wild card here [if you look at what happens in California] … not competing with Whole Foods and Trader Joe’s. If we see Amazon push Amazon Fresh, I think they figured out their mix.”

Smith regarding value-oriented chains and location:

“Consumers don’t just shop at one grocery store, they probably shop at five in any given week, in any given month," Smith said. "Aldi and Lidl … they positioned themselves to be in great pieces of real estate right before a pandemic hit. They’re probably tapping into a consumer base that hadn’t tried them before.”

“Yes, we were shopping at the Kroger, and then we were going to Walmart, and then maybe we would go to Target, but were we going to the Aldi that just opened up right around the corner? I don’t know, I’m not so sure about that. But now are people trying it? Absolutely.

“[Value-oriented stores are] not shying away from being down the street from Publix or Kroger or Albertsons … they’re going right next door to them, because they know if and when the time comes, they’re going to get that consumer in the door. And so what they can do now, is they can capture that audience and try to keep them long term, so this is their moment. You get the consumer in the store once, and maybe you’ve created a consumer for life.”

“Publix, H-E-B, and Trader Joe’s truly understand their constituents. They have figured out how to organize their stores in ways that make sense and are easy for customers," Bartashus said. “Trader Joe’s did well in the early part of the pandemic because not only do people like their products, but it is a small store—you can get in and out, you don’t have to spend a lot of time around other people.”

She mentioned the grab-and-go sections that are in more traditional-sized grocery stores, and how those stores balance consumers’ needs for diversity in products, local assortment and convenience.