The Kroger Co. has appointed Conduent CEO Ashok Vemuri to its board of directors as it continues to amp up its digital offerings.

The retailer has shown major initiative in the technology recently, including a recent partnership with Microsoft to launch a connected-store pilot.

Vemuri joined Conduent, a global digital interactions company, in 2016 as it was separating from Xerox and has held other tech-focused roles, such as president and CEO of IGATE Corp. (now Capgemini), a global technology and services company, and a 14-year stint with multinational consulting and IT services company Infosys. 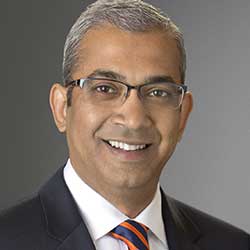 Kroger Chairman and CEO Rodney McMullen said that as the retailer enters the second year of its Restock plan, “Ashok’s deep experience leading several digital and technology services companies will be a tremendous asset to Kroger's board of directors.”

Vemuri is a member of CEO Action for Diversity & Inclusion. He has a Bachelor of Science degree from St. Stephen's College in Delhi, India, and received his MBA from the Indian Institutes of Management Ahmedabad in India.

In a separate announcement, Kroger made further shuffles among its division leadership ranks following the retirement of Delta Division President Scot Hendricks.

Kendra Doyel, former HR leader for both Ralphs and Food 4 Less, will take on the role of VP of merchandising for Ralphs, stepping in for Victor Smith who was recently promoted to Hendricks' role. 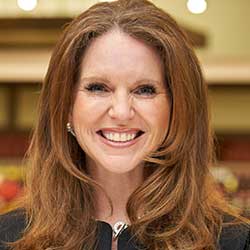 Doyel has been with the company since 1998, starting out as a pharmacist in the Fry's Division. She was appointed as pharmacy coordinator in 2002 and promoted to director of public relations for the Fry's Division in 2006. She moved into the Ralphs and Food 4 Less divisions in 2008, where she held the role of public affairs and government relations leader before taking on the role of HR leader in 2017.

Doyel will report to Mike Murphy, president of the Ralphs Division, who noted that she is “already a valued asset to the Ralphs team.”

“Kendra exemplifies the strategic vision, leadership and execution skills needed for the position,” he said.

In addition to her work at Ralphs, Doyel is currently chair of the board for the California Grocers Association and on the board of directors for the Network of Executive Women. She holds a bachelor's degree in pharmacy and psychology from the University of New Mexico.

“I am honored to be a part of such an incredible organization and team, as we work together to execute our Restock Kroger strategy and position Ralphs for continued success in the future,” said Doyel.