U.S. lawmakers have ramped up pressure on the Federal Trade Commission (FTC) for a thorough antitrust review of the $24.6 billion Kroger-Albertsons merger deal.

“This acquisition threatens to create competition-stifling concentration in markets across the country, hurting consumers, workers and small businesses. Kroger’s proposed acquisition of Albertsons presents several anticompetitive concerns,” the lawmakers said in the Nov. 21 letter to FTC Chair Lina Khan. “For consumers, the consolidated grocery chain could offer fewer product choices and higher costs for essential goods. For workers, the acquisition could impair bargaining power for fair wages and safe working conditions in local communities. For small- and medium-sized grocers, this acquisition could diminish their already strained resources and drive up supply costs.”

The letter sets the stage for a Tuesday's hearing on the merger by the U.S. Senate Judiciary Subcommittee on Competition Policy, Antitrust and Consumer Rights. Sens. Amy Klobuchar (D., Minn.), chair of the subcommittee, and ranking member Mike Lee (R., Utah) had said days after the merger announcement that they planned to convene a panel in November to examine the deal.

Klobuchar and Sens. Richard Blumenthal (D., Conn.) and Cory Booker (D., N.J.) also had urged the FTC to probe the Kroger-Albertsons merger agreement, citing particular concern over the deal’s ramifications for consumers. In an Oct. 18 letter to the FTC’s Khan, they said the blockbuster supermarket merger comes at a time when Americans already are grappling with high food prices. 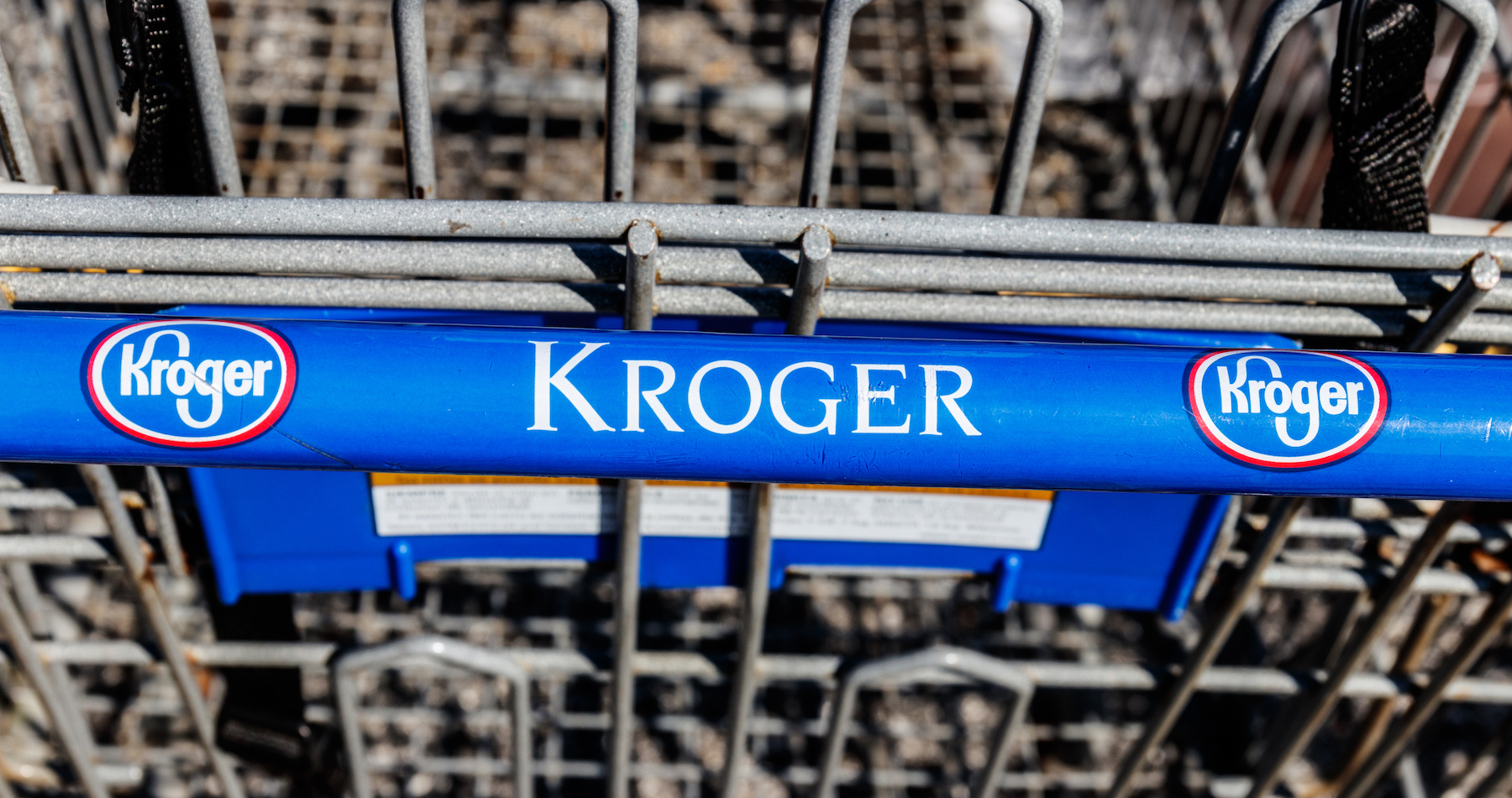 Kroger-Albertsons' market leverage could leave the company "free to raise prices for consumers," according to lawmakers. / Photo: Shutterstock

Combined, Kroger-Albertsons would form a national supermarket operator with 4,996 stores in 48 states and the District of Columbia. In their letter, Smith, Jayapal, Nadler and Cicilline cited an estimate that the merged entity would hold roughly 13% of the U.S. grocery market, with “pronounced” concentrations in Western states such as California, Oregon, Texas and Washington. For example, they said, the deal would join the top two grocery retail competitors in the Seattle market, as well as give Kroger-Albertsons a 28% market share in North Texas, topping Walmart’s 27.6% share.

Kroger and Albertsons said they plan to divest 100 to 350 stores into a stand-alone spinoff company dubbed SpinCo. Analysts also have noted the merger deals includes a 650-store divestiture ceiling, at which point the two grocers could reassess the agreement. However, the lawmakers were dubious about the potential impact of selling off stores.

“While Kroger and Albertsons have proposed divestiture of stores in certain regions to alleviate these concerns, history has proved that divestiture does not always remediate the loss of competition caused by a merger and sometimes can further harm consumers and workers,” they said in the letter, pointing to the 2015 Albertsons-Safeway merger. In that deal, small grocer Haggen Inc. had purchased most of the divested stores but ended up in bankruptcy and sold a chunk of those locations back to Albertsons-Safeway. “Given the turbulent history of divested grocers, it is doubtful whether divestiture would reduce any market challenges presented by the Kroger-Albertsons acquisition,” the letter stated.

The merger’s scale raises anticompetitive issues for consumers, workers and small grocers, the four lawmakers noted in the letter. In announcing the transaction, Kroger and Albertsons said they plan to reinvest $500 million in cost savings from merger synergies to lower prices at the shelf, and another $1.3 billion would be earmarked to upgrade Albertsons Cos. stores. Yet such investment may not be the case longer-term, the lawmakers explained.

“We are concerned that Kroger’s proposed acquisition of Albertsons could result in undue market concentration. As a result, the combined company would be free to raise prices for consumers,” they wrote, adding, “We have seen the evidence: Corporate consolidation in the grocery retail industry leads to higher prices and lower consumer choice.” 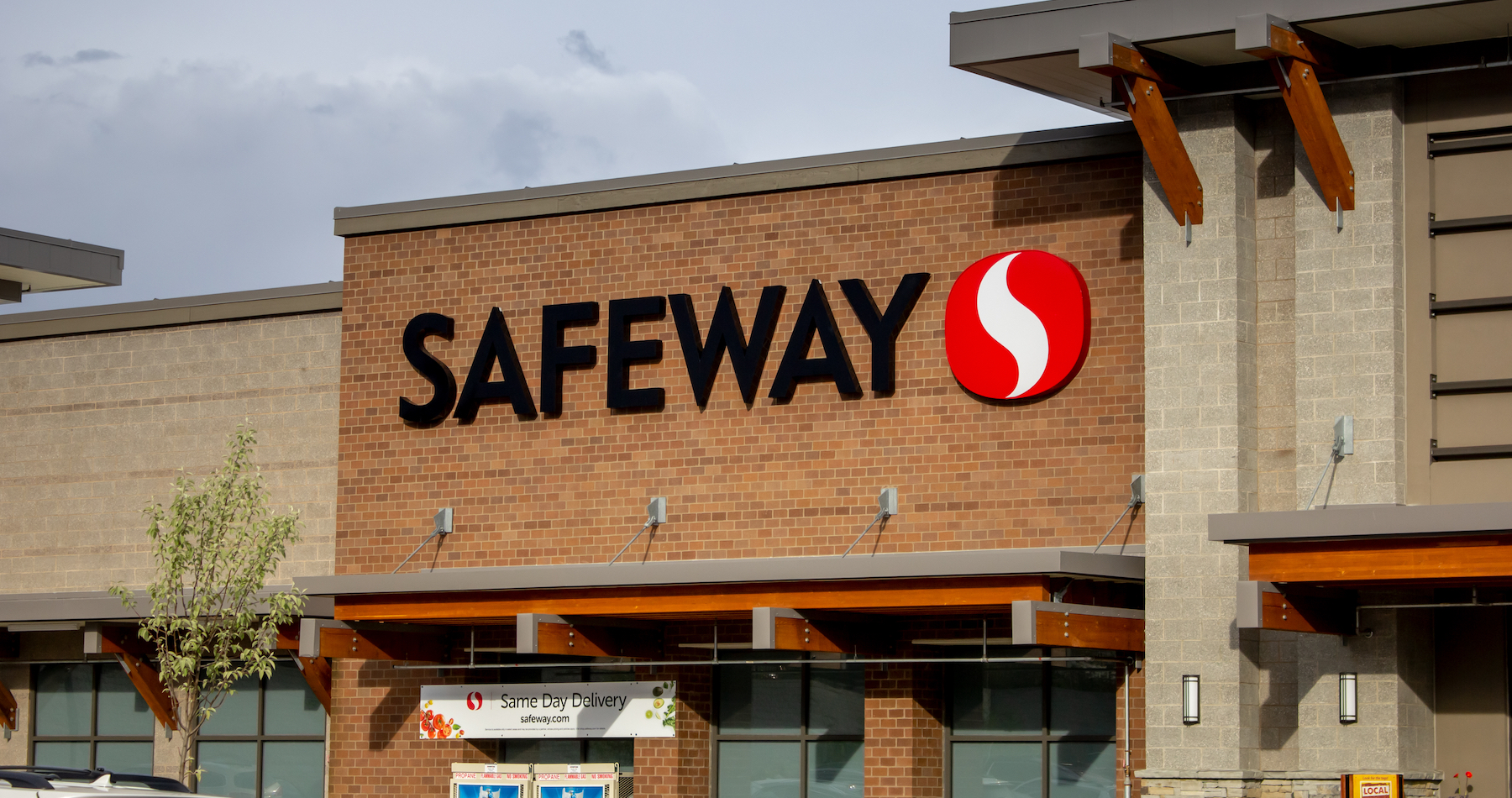 Members of Congress have cited lessons learned from the 2015 merger of Albertsons and Safeway. / Photo: Shutterstock

Likewise, a merged Kroger-Albertsons would present union workers with a more formidable party at the other side of the bargaining table come contract time, and the integration of two huge companies could lead to some job cuts. Kroger said it expects to invest $1 billion to continue raising associate wages and benefits after the transaction closes, and the company reported it has invested a $1.2 billion in associate compensation and benefits since 2018. But the House reps emphasized their concern that Kroger-Albertsons would gain too much leverage in labor negotiations due to reduced employer competition.

“For workers, healthy market competition means steady wages and safe working environments. However, the Kroger-Albertsons acquisition could undermine both,” they said. “This transaction would likely increase Kroger’s ability to set wages beneath what a competitive market would deliver.”

In addition, the merger of two supermarket giants would only exacerbate current disadvantages for small and independent grocers in supply and pricing, the lawmakers said.

“The Kroger-Albertsons acquisition will negatively impact the longevity of small- and medium-sized grocers,” they wrote in the letter. “When just a few corporations dominate a downstream market, those companies have enormous bargaining leverage with their upstream suppliers. They often dictate prices and terms to their suppliers, who have no meaningful choice but to cede to their demands, at the expense of smaller businesses.”

Kroger and Albertsons expect the transaction to close in early 2024, pending regulatory approval and other customary closing conditions, including clearance under the Hart-Scott-Rodino Antitrust Improvements Act. Industry observers, however, said the approval process could take up to two years.

“Close and skeptical investigation of this transaction is consistent with Section 7 of the Clayton [Antitrust] Act, which prohibits any acquisition the effect of which ‘may be substantially to lessen competition, or to tend to create a monopoly’ in ‘any line of commerce or in any activity affecting commerce,’” Smith, Jayapal, Nadler and Cicilline concluded in the letter. “As indicated, this transaction has the potential to lessen competition in consumer, labor and supply markets. This transaction could raise prices and limit options for essential goods.”

“I’m more confident that a deal would happen, mostly because you see that across the vast majority of the U.S. there is no antitrust concern. There’s very little overlap between Kroger and Albertsons across most of the U.S. It’s only in very specific geographic areas,” Feler explained. “And then what we see is that consumers say that they shop at Walmart, they shop at Costco. Consumers are much more able to switch where they buy food from today than they were [with] the Albertson-Safeway merger. We have more options for how we buy food and how we buy household items. Putting that together, I think consumers are going to be able to react to any kind of price increase and discipline a merged company that tries to enact a price increase, except for a few particular areas where it’s pretty clear that you can divest stores. And Kroger and Albertsons have already suggested they would be willing to divest stores.”

Ongoing competition from mass chains like Walmart, online retailers like Amazon and discount grocers like Aldi, among other players, also would keep a combined Kroger-Albertsons at bay on the pricing front down the road, according to Feler.

“Every merger is a little bit different,” he said. “In this case, I think the competitive pressures are strong enough still and consumers are reactive enough that even three to five years out from now, it’s unlikely that Kroger-Albertsons would be able to raise prices that much more than the overall market.”