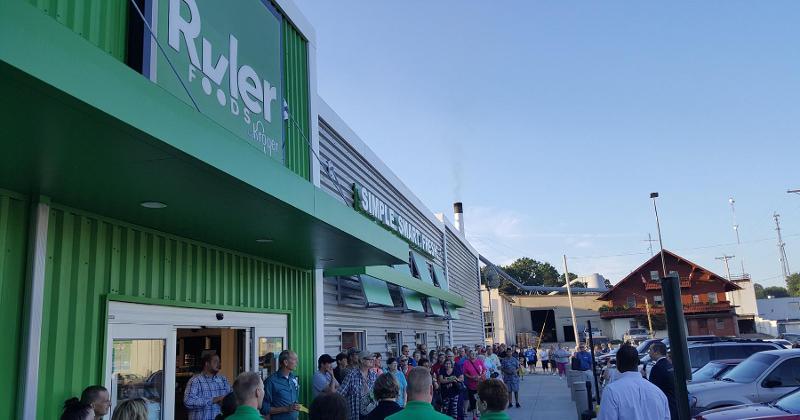 The Kroger Co. has quietly installed a new leader at its Ruler Foods banner, its sleepy Aldi-fighter in the Midwest, WGB has learned.

Dan Moore, a veteran of Kroger and its Ralphs division, has been named division leader at Ruler. He succeeds Dustin Goodpaster at the head of the Seymour, Ind.-based chain of nearly 50 hard discount stores. Goodpaster, whose title at Ruler was president, earlier this summer took a new role as director of operations for Kroger’s Mid-Atlantic division.

Moore has 34 years of experience with the Cincinnati-based retailer, serving most of his career in various roles with its Ralphs division in Southern California before being named regional merchandising plan manager in Cincinnati early last year. In his new role, he reports to Steve McKinney, SVP of retail operations for Kroger.

A company spokesperson confirmed the personnel changes to WGB but declined additional comment on the banner, which has been relatively quiet following a busy but brief period of expansion and experimentation in recent years, including a spate of conversions and a new look and branding identity. Ruler stores operate in Indiana, Ohio, Illinois, Kentucky and Tennessee, generally in boxes around 19,000 square feet, and typically in markets where Kroger has little conventional presence.

Goodpaster had served as Ruler’s president for a little more than two years. He succeeded Liz Ferneding, whom Kroger hired from Aldi in 2017 and led a comprehensive update of the Ruler concept, including converting several of its Jay C stores to the banner, introducing a new logo, new fresh displays, and emphasizing Kroger’s private brands. Like Aldi and Save A Lot, Ruler offers a tight assortment of private-label goods at low everyday prices, and emphasizes efficient self-service in meat and deli.

Ferneding, who now goes by Liz Zolcak, remains in her role as VP of retail operations for Kroger.