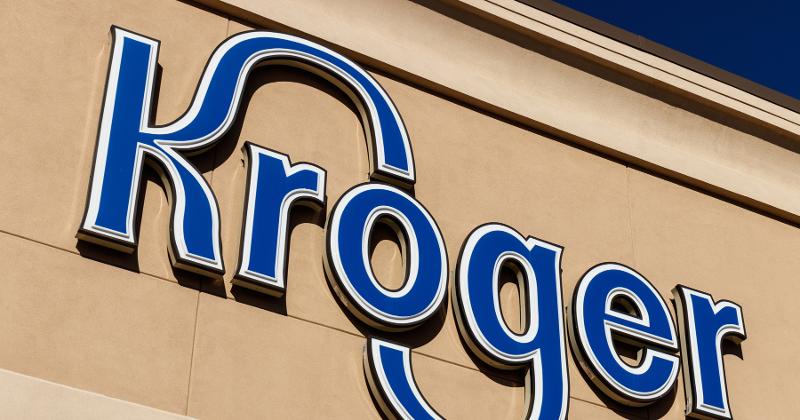 "Kroger is stronger than ever before," chairman and CEO Rodney McMullen said during the Kroger Co.'s 2022 Business Update, held March 4 in Orlando, just one day after the Cincinnati-based retailer announced that it ended fiscal 2021 with total company sales (including fuel) up more than 4% to $137.9 billion for the year.

McMullen and other members of the leadership team discussed key themes with investors during the event, including its growth through competitive moats, digital strategy, shareholder return model and Zero Hunger Zero Waste commitment.

"The investments we have made in innovation, technology, partnerships and our people provide us with a clear path for growth," McMullen said. “As we look to the future, we are leaning into the strength of our core assets and our competitive moats to convert structural change coming out of the pandemic into lasting, competitive advantages that will drive sustainable growth and profitability for the long-term."

“We start with food and it’s the glue that holds everything together,” McMullen continued.

Recognizing the importance of data traffic, McMullen said "by using food as our foundation, we are competing effectively across these differentiated and highly profitable channels"—digital media, health and wellness, fuel and Kroger personal Finance.

He also said Kroger's digital strategy--which includes its spoke facilities—is another way the company can solve customers' needs, enabling the company to enter into new geographies and serve more customers.

During the presentation, the addition of spoke facilities—powered by the Kroger Fulfillment Network and Ocado Group—in San Antonio and Austin, Texas, as well as in Birmingham, Ala., were announced. Through these facilities, Kroger will be able to offer more Americans delivery, and the new Texas and Alabama facilities will serve as new geographies for the organization.

"Kroger today looks very different than it did in 1883 when we opened our first store,” said McMullen, adding that 82% of our customer’s live within 5 miles of a Kroger and that its Our Brand portfolio has “four unique billion-dollar brands.”

Kroger SVP and Chief Merchant and Marketing Officer Stuart Aitken spoke about the company's customer value proposition and go-to-market strategy, which he said is fundamentally supported by four competitive moats: fresh, Our Brands, seamless and personalization. Aitken also defined the Kroger stores as a key asset. "Our stores are a real asset. From a brick-and-mortar standpoint as well as from an e-commerce standpoint," he said. Aitken went on to add that "no one else can bring brands together like we can—think about Murray's Cheese, Starbucks, Boar's Head, and Simple Truth under one roof." From an e-commerce perspective he told the audience that "we are today in the neighborhoods of our customers."

Kroger CFO Gary Millerchip spoke about the company’s shareholder return model. "Driven by heightened food demand and our consistent execution over the last two years, our team has delivered results that are significantly above what our TSR (total shareholder return) model contemplates," he said. "We expect to continue to build off of this higher base and we remain committed to delivering TSR of 8% to 11% over time."

The last item discussed during the presentation was the company’s Zero Hunger Zero Waste commitment, which McMullen said is the centerpiece of the company's environmental, social and governance (ESG) strategy. "Since 2017, our teams have been able to direct more than 2 billion meals in the United States to fight food insecurity in our communities that we call home," McMullen said. He also announced that Kroger was on track to achieve 90% waste diversion from landfills companywide by 2025.

Looking to the future, McMullen said Kroger's growth opportunities are not one-dimensional, but are multifaceted. “We are evolving our business model to serve customers across an ecosystem of offerings that compliment and build on our food first mentality,” he said.