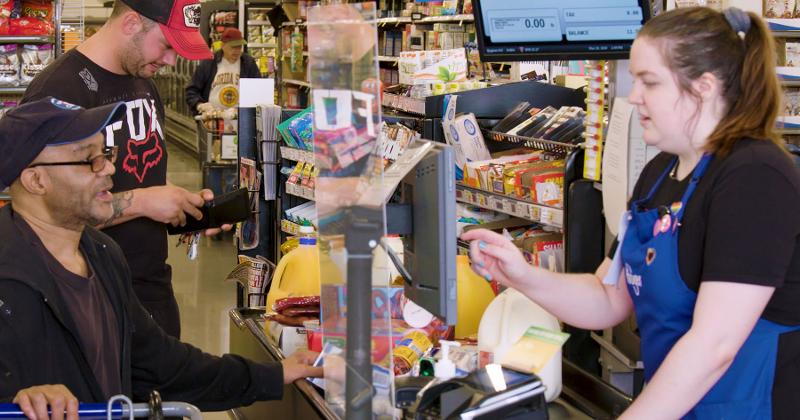 As a first round of bonus hazard pay nears its sunset—and with an easing of the coronavirus crisis nowhere in sight—some supermarket companies are introducing a new round of pay raises for their front-line workers.

The Kroger Co. this week said it would implement a $2-per-hour pay raise to all hourly associates working between March 29 and April 18—and would disburse the pay weekly to ensure its associates have access to cash. The pay raise comes in addition to a one-time bonus to those same workers announced last month. That payment—$150 for part-timers and $300 to full-time workers—is payable on April 3.

Kroger characterized the April 3 bonus as “appreciation pay” for workers absorbing the crush of shoppers in early March as panic buying accompanied the onset of the pandemic. The raise is a “hero bonus” for workers sticking with the company as the crisis continues, and was reached based on feedback from workers and negotiations with union partners.

“Our associates have displayed the true actions of a hero, working tirelessly on the front linesto  ensure everyone has access to affordable fresh food and essentialsduring this national emergency,” Rodney McMullen, Kroger’s chairman and CEO, said in a statement. “The Hero Bonus is just one more way we continue to convey our thanks and gratitude not only to our existing associates but also to the more than 30,000 new hires who have joined in the past two weeks and those who will soon join the Kroger Family of Companies.”

“Recently, we announced an appreciation bonus for our hourly front line associates. This gesture was to thank our associates for everything they have done during the past few weeks,” added Tim Massa, Kroger’s senior vice president and chief people officer. “However, we recognize that this crisis is far from over, and after reflecting on associate feedback and working together with our union partners, we want to further acknowledge our terrific team for their hard work to date, as well as the work yet to come.”

The pay increases are also accompanying, in many cases, big boosts in sales. Kroger separately announced that its comparable-store sales in March were up by 30% and that it expected sales and earnings per share to come in well above previously issued guidance.

Although stock-up shopping in the early days of the crisis has tapered off, sales in its markets remain elevated due to travel and dining restrictions, the Cincinnati-based company said.

Food retailers across the country announced temporary bonuses or pay raises last month, and have been seeking to add hundreds of thousands of new jobs to support strains on the supply chain, meet additional need for cleaning and stocking stores, add help in distribution centers and reinforce staff, which is expected to see higher levels of absenteeism and turnover as the crisis escalates.

Several of those announced bonus periods have expired or will soon expire, including hourly pay raises or bonuses announced last month at Albertsons Cos., Walmart and H-E-B.

Other companies are adjusting previously announced bonuses to better reward workers. Sprouts Farmers Market, for example, announced that a pulled-forward quarterly bonus it was issuing at maximum payout for all workers regardless of performance against goals will be augmented this week with a second bonus payment for certain classes of workers who felt shortchanged by the arrangement.

In addition to the Hero Bonus and appreciation bonus, Kroger said it was taking several additional actions to support associates, including: