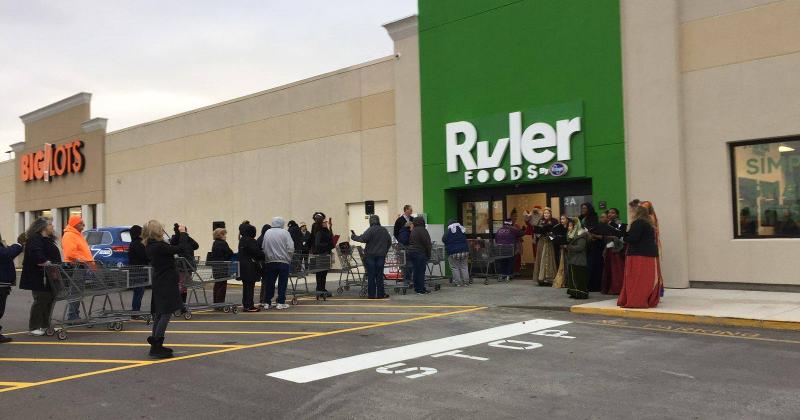 Kroger appears to be sharpening—and softening—its take on the hard discount model through its Ruler Foods division, which has quietly debuted a new logo, new tagline and revamped store format at two locations.

The company over the summer hired a new president for Ruler Foods, Liz Ferneding, who previously served with Kroger’s hard discount rival Aldi. At the time, Kroger officials said the addition of Ferneding could help further evolve the concept.

A new logo and bright green color scheme were visible at a new Ruler store that opened earlier this month in Fairview Heights, Ill. Previous stores utilized a yellow and red logo resembling a ruler and the tagline “Measure your savings.” The new logo pictures the “u” in Ruler and the “o's” in Foods positioned as a grocery cart and a slogan “Simple. Smart. Fresh. For less.”

Ruler Foods also appears to be more overtly tying the concept to its parent, indicating Kroger’s faith in the strength of its private brands. The new store’s exterior signage includes a “by Kroger” logo, while the Ruler website features its Kroger, Private Selection and Simple Truth brands.

According to local reports, the new Ruler locations are offering a greater variety of fresh products merchandised “front and center.”

A spokesperson for the brand was not immediately available for comment.

Kroger’s history with Ruler dates back to its 1999 acquisition of Jay C Food Stores, which at the time operated a single discount store under the Ruler Foods name. Kroger has expanded the concept at a deliberate pace, primarily through conversions of existing stores.