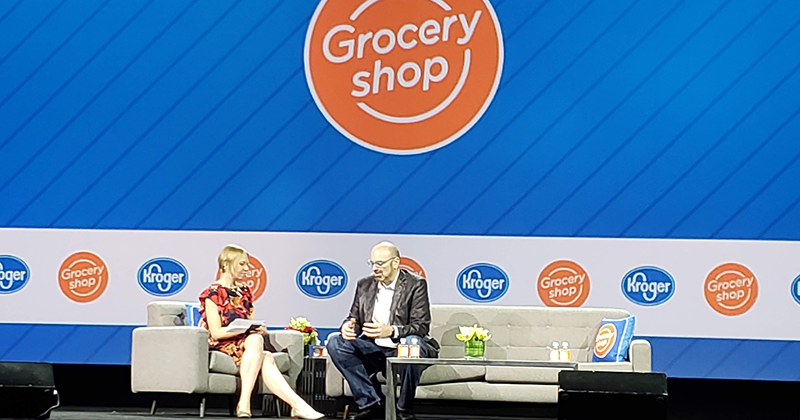 Changes are in the air for The Kroger Co.'s technology department as its EVP and chief information officer, Chris Hjelm, gets ready to retire amid the retailer's growing focus on tech investments.

Yael Cosset, Kroger's chief digital officer, will take on Hjelm's role effective in May. In his new position, Cosset will assume responsibility for the Kroger Technology department in addition to his current Kroger Digital portfolio.

During his time at Kroger, Hjelm lead the development of key technology programs, such as Scan, Bag, Go; ClickList; QueVision; and most recently, the company's digital EDGE Shelf technology.

The retailer has displayed a growing focus on technology since the launch of Restock Kroger, most recently having partnered with Microsoft to launch a connected-store pilot and appointing Conduent CEO Ashok Vemuri to its board of directors to add more tech expertise.

Kroger chairman and CEO Rodney McMullen, who Cosset will report to directly, explained that Hjelm and Cosset have "worked collaboratively to support Kroger's technology evolution" and have a deliberate transition plan in place to "ensure continuity while successfully delivering on our Restock Kroger technology initiatives to redefine the grocery customer experience."

Cosset was elected as group VP and chief digital officer in January 2017, having previously served as chief commercial officer and chief information officer for the retailer's 84.51 degrees platform since its launch in 2015. He has also held leadership roles at dunnhumby and KSS Retail, a global enterprise software provider of price modeling and optimization solutions for retailers.

McMullen called Cosset a "passionate advocate for applying technology, innovation and customer science to make a difference in the lives of our customers."

"Yael has the qualifications, skills and strategic mindset to ensure technology and digital are key accelerators of Kroger's future success," McMullen said.

Additionally, Kroger has expanded the role of its current CEO of 84.51 to create a new position: SVP of alternative business.

In his new role, Stuart Aitken will oversee Kroger's alternative profit businesses, including 84.51, where he will continue to act as CEO and oversee marketing functions, and Kroger Personal Finance (KPF). He will also lead the development of additional alternative businesses to continue driving the Restock Kroger initiative.

"Throughout his time at 84.51 and as a member of Kroger's senior leadership team, Stuart has been instrumental to the successful development and growth of the alternative profit stream portfolio," McMullen said. "That portfolio makes the transformation of Kroger's growth model possible, by developing successful asset-light, margin rich businesses."

Aitken was elected group VP in 2015 and has been responsible for leading Kroger's data analytics subsidiary, 84.51-degrees, as its CEO since its inception, also in 2015. He has also acted as chief marketing officer since 2017 and served as CEO of dunnhumbyUSA. Additionally, Aitken has held various leadership roles with other companies, including Michaels Stores and Safeway Inc.