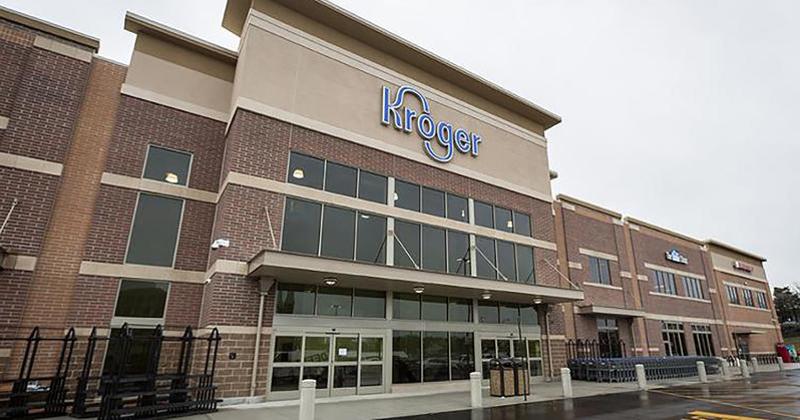 Declaring its Restock initiative was off to a “fantastic start” and on pace to deliver its promised financial results, The Kroger Co. on Thursday reported its fiscal first-quarter earnings exceeded internal expectations while raising the low end of its fiscal year earnings guidance, helping its stock jump by more than 10% in early trading.

The Restock Kroger program, announced late last year, is a $900 million, three-year investment that officials said would reposition the company to better compete amid a changing consumer and retail landscape. During the quarter, Kroger announced several deals to advance that plan, including a partnership with the online supermarket Ocado; an acquisition of the meal-kit company Home Chef and expansion of Instacart delivery; and investments in wages and benefits for workers.

Digital sales soared by 66% in the quarter and the company’s private label portfolio, led by double-digit sales growth of  its Simple Truth brand, accounted for its highest dollar share ever (26.7%). CEO Rodney McMullen said the program was on track to deliver on its projected financial results, including $6.5 billion in cash flow and $400 million in operating profits over the three-year period.

“Restock Kroger is off to a fantastic start," McMullen said. "Everything we do supports our customers engaging seamlessly with Kroger," which he said "is creating the future of retail by innovating our core business and adding exciting partnerships like Ocado and our planned merger with Home Chef. We are on track to generate the free cash flow and incremental FIFO operating profit that we committed to in Restock Kroger." He also said the company is "confident in our ability to deliver on our plans for the year and our long-term vision to serve America through food inspiration and uplift.”

Kroger also said it was changing its definition of comps so as to include its Specialty Pharmacy and ship-to-home businesses. Using this definition, Kroger’s nonfuel comps increased by 1.9%. Updated fiscal year guidance using this new definition calls for nonfuel comp increases in the range of 2% to 2.5%.

Using the previous definition, Kroger in March had forecast comp gains of 1.5% to 2% for the year. Underlying supermarket comp guidance would remain the same, officials said.