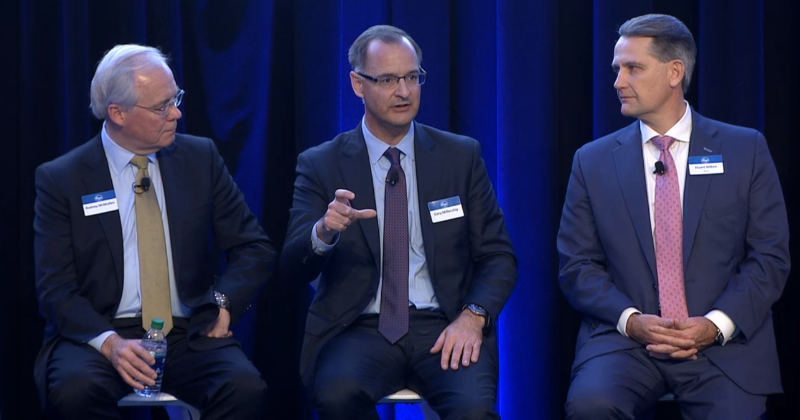 While the lofty ambitions of its Restock initiative got The Kroger Co. a little out over its skis, company officials are confident that a combination of revised projections—and energy from a forthcoming branding initiative—will help it stick the landing.

In a lengthy presentation for investors on Nov. 5 in New York, CEO Rodney McMullen defended the underlying necessity for Restock, even as the whirlwind of activity around it resulted in demanding too much of its stores and workers, ultimately delaying the realization of sales growth that was to underpin its lofty—and since withdrawn—financial goals. “We didn’t build in enough margin for error and the things we can’t control,” McMullen said. A revised outlook delivered this week wasn’t quite as robust or sudden, but was accompanied by confidence that sales momentum was back—and would be bolstered by the points of difference Restock helped to create and brought together with a new marketing message positioning the company and its stores as providing “Fresh for Everyone.”

The Cincinnati-based retailer shared a preview of the new branding effort—including media revealing a revised corporate logo and a video indicating the messaging would be carried in part through an array of animated characters—but was holding back additional details ahead of a consumer-facing launch expected later this week. 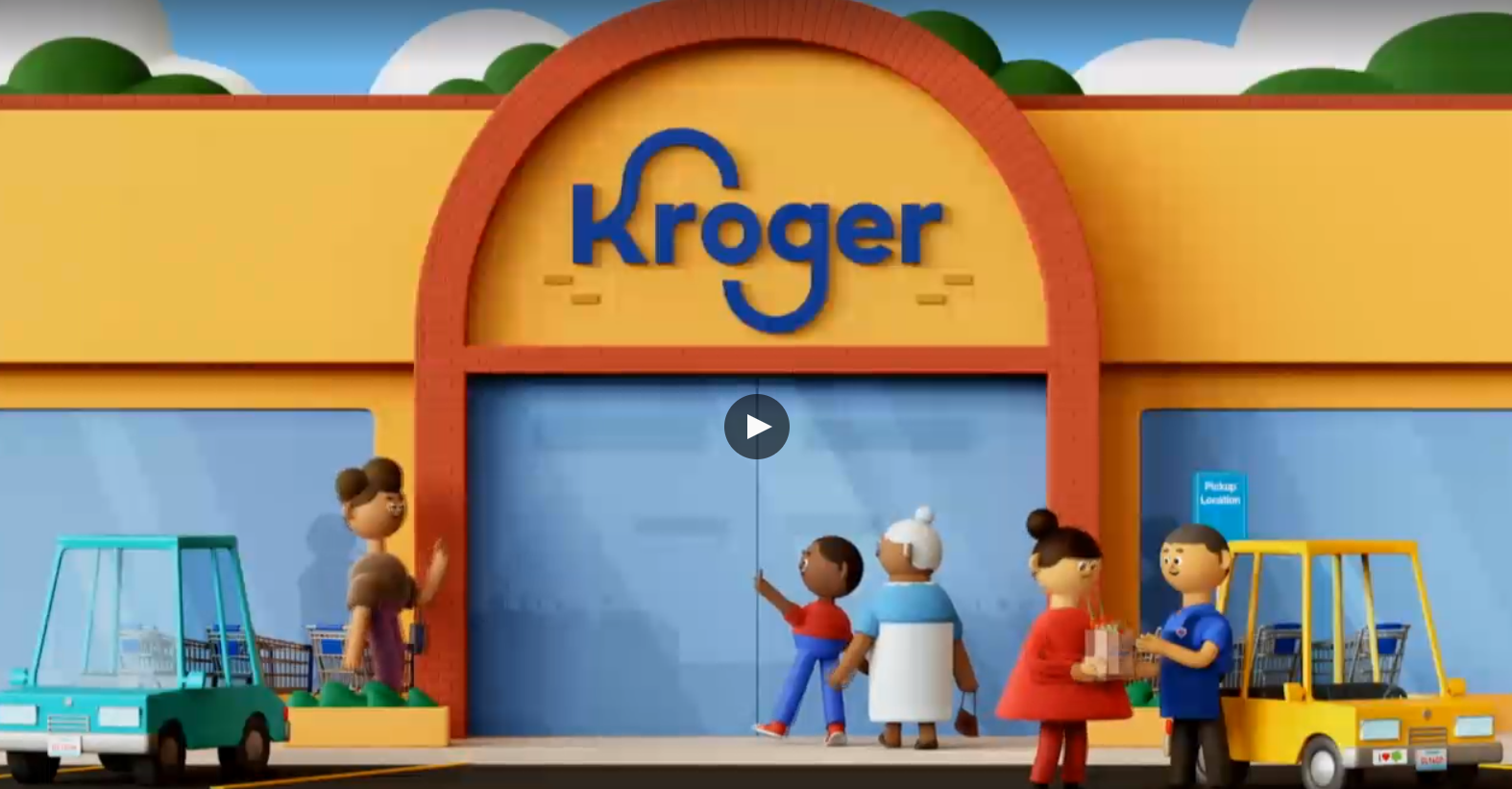 “We’re now up to speed on Restock Kroger,” McMullen said. “We have made good progress in many areas, and even though some things have not gone according to plan, we made a series of smart financial and strategic moves and have swallowed some difficult pills. That sets us up for a stronger future.”

Revised financial guidance issued in concert with the event confirmed Kroger’s 2019 guidance on identical-store sales, earning-per-share, profits and alternative revenues and provided revisions to its outlook that were better than the market expected after a sluggish early payback from Restock. Idenitcal-store sales in 2020 are expected to be up 2.25% or more; adjust operating profits are expected of between $3 billion and $3.1 billion.

Kroger is targeting total shareholder return of between 8% and 11% beyond 2020. This will be driven by 3% to 5% growth from improved earnings, as well as growth in the company’s free cash flow payout rate through a combination of share repurchases and dividends.

The company also projected that alternative profits streams—such as advertising, personal finance projects and expansions to new services—could generate as much as $150 million next year up from expectations of $100 million in 2019.

Investors were buoyed by the news as stock in the retailer climbed by more than 11% following the announcements.

Acknowledging critics in the financial community who over recent months have grown impatient for additional detail as to the health of Kroger’s core food retailing operation, McMullen opened the meeting with a “deep dive” into Restock, which he said has helped build a “competitive moat” through previously announced efforts to improve customer experience in stores; forge partnerships with companies providing specific expertise; invest in worker pay and training; and a pledge to “live our purpose” of providing shoppers with inspiration around food.

Two years into the Restock program, McMullen divided its varied initiatives into categories he termed as “good,” “difficult” or “improving.” He counted investments in training and higher pay for workers, corporate cost savings and development of alternative profits streams in the “good” category and said work on data, consumer outreach and personalization was “improving,” but said results have been “difficult” due to industrywide pharmacy margin pressures, a store reset program that caused disruptions of customer shopping patterns and ensuing sales momentum that arrived later than the company had hoped. Expansion of its grocery pickup service was also not as smooth as Kroger would have liked.

“We asked our store associates to do too many things at once in 2018,” McMullen said. “We pursued several initiatives that individually were the right thing to do but the cumulative effect of them made it difficult for our stores to execute.”