The Kroger Co. is expanding on its exploratory partnership with Walgreens Boots Alliance to include designated Kroger Express sections in the 13 Walgreens drugstores in the original Kentucky test market and moving Home Chef Express meal kits into 65 Walgreens locations in the Chicago area.

Kroger and Walgreens announced a partnership in October whereby Kentucky stores would also serve as pickup points for Kroger online grocery orders. While Robert Clark, Kroger's SVP of merchandising, is still calling it a "test-and-learn pilot," it appears to be garnering success: The Kroger Express concept, he said, would create easy access to the retailer's private label portfolio through a "fill-in grocery shopping experience for Walgreens customers." 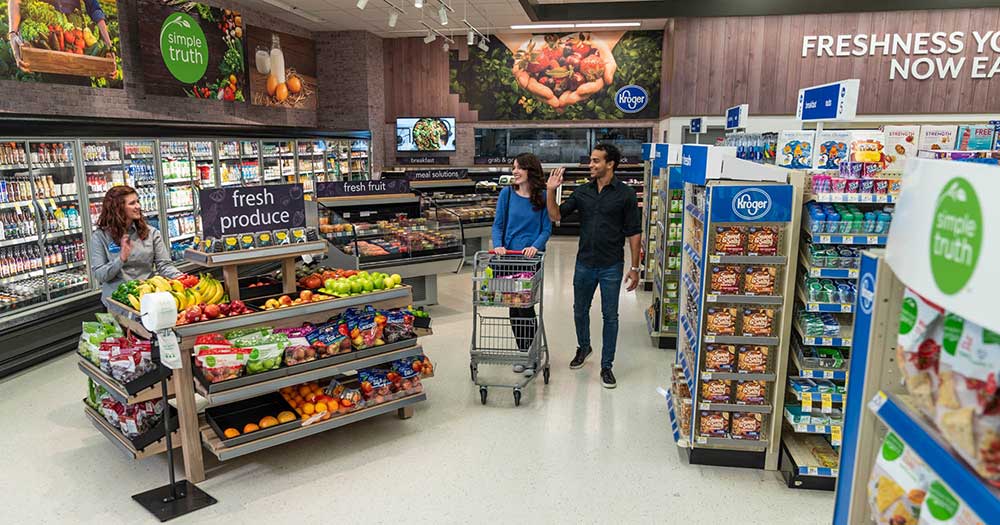 Kroger Express will offer a curated assortment of 2,300 products at the same 13 Northern Kentucky Walgreens stores in which the pilot was born, including Home Chef meal kits, national products and a variety of Kroger's private brand offerings such as Simple Truth, in addition to fresh and frozen items.

The first one-stop-shop-inspired Walgreens is up and running in Florence, Ky., with the remaining 12 set to open early next year.

Additionally, Clark said that given the favorable response to Home Chef Express meal kits at Chicago-area Kroger and certain Mariano's stores, the retailer expects the Chicago pilot to "provide more Chicagoans convenient access to a quick, simple meal." The select Walgreens will carry three recipes at a given time, which will be rotated biweekly.

The pilot is similar to what Albertsons and Rite Aid envisioned had their planned merger not fallen through this summer. Kroger, however, has taken a different approach with a slow integration and cautious pilot tests.

Will Amazon Fresh Crush it in California?