The Kroger Co.'s Pick 'n Save, Metro Market and Copps stores across Wisconsin, which are part of  the Cincinnati-based retailer's Roundy’s and Mariano's divisions, have rolled out lower everyday prices on thousands of items as part of its Restock plan.

“We are making a major investment in lower prices across the state," Jim Hyland, Roundy’s VP of communications, said in a press release announcing the initiative. He said the initiative "is part of our Restock Kroger plan, which aims to redefine the food and grocery experience for our customers.”

The price investments, which include reductions on staples such as eggs, milk, lettuce, bananas and bread, continue a turnaround effort Kroger began when it acquired Milwaukee-based Roundy’s Supermarkets in late 2015.

The unit operates 106 stores in Wisconsin, as well as the Mariano’s Fresh Market chain in the metro Chicago market. The price investment release referred only to the Wisconsin stores, which have seen a number of major and minor remodels since Kroger took over. At that time, company officials characterized the Wisconsin stores as “fixer-uppers.” 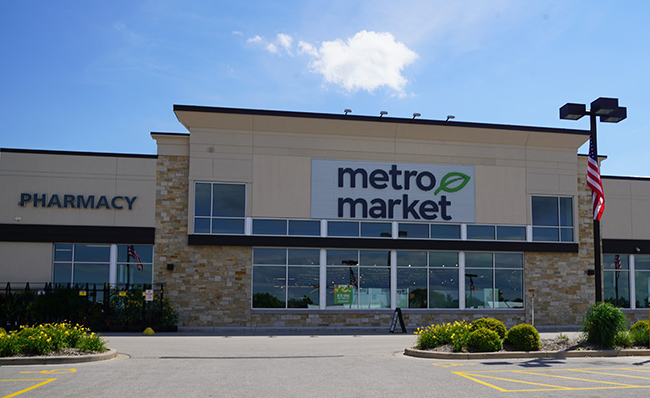 Kroger said it has added curbside pickup to 50 Wisconsin stores and that it intends to add locations throughout the remainder of 2018 and 2019. Additionally, the company’s grocery delivery offering now covers more than 80% of its Wisconsin store network, accelerating its e-commerce reach. In late June, the company opened its first on-site fuel center at its Pick 'n Save location in Stoughton, Wis.

“Our refreshed and remodeled stores, along with our investment in lower prices, allows us to continue to deliver a great digital and in-store shopping experience to our customers,” Hyland said.