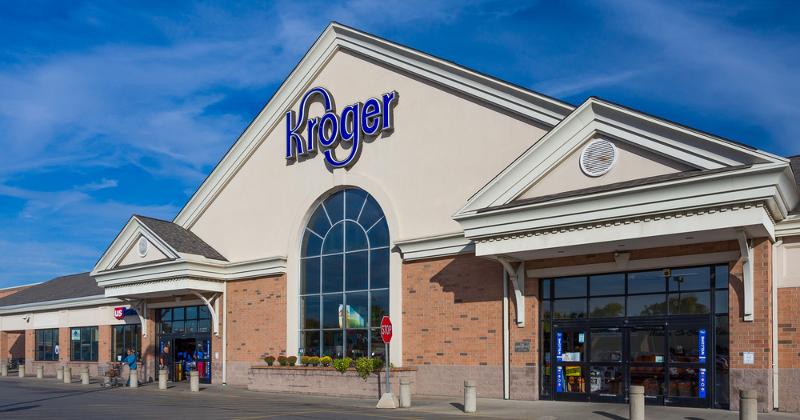 A new service called Kroger Rush is offering hungry shoppers in some of The Kroger Co.’s markets access to “need-it-now” groceries and essentials delivered in 30 minutes.

As Kroger put it on its website, “You just realized you’re out of toilet paper. You stayed late at work and didn’t plan dinner. Or you’re hosting a party and ran out of beer.”

If only there were a similar solution for Kroger investors.

In the wake of another quarter in which financial results were good, but only so good, the Cincinnati-based retailer’s stock is languishing near a 52-week low and at its lowest values since it scrapped its long-term earnings forecast in the run-up to the announcement of its $3.1 billion Restock initiative in 2017. Stock is down nearly 25% from where it was a year ago this week and down 33% from its 52-week high, which it reached just before reporting second-quarter financials last September. Since then, Kroger’s earnings reports, even when they hit their targets, have largely been met with sighs from investors.

Kroger’s first-quarter 2019 results reported last week included nonfuel identical store sales of 1.5% that underperformed estimates and earnings that beat forecasts by a penny, although a gain from a real estate sale in the quarter helped to trigger that. One analyst described the trends as “tiring,” indicating investors may be waiting for a jolt from Restock, the comprehensive strategy to transform the customer experience and Kroger’s financial model, or at least an indication that Kroger has the momentum to support such a jolt.

As Restock approaches its halfway point, and with Kroger in need to accelerate comps in order to meet its own guidance of 2% to 2.25% nonfuel comps for the fiscal year, there’s a lot riding on these coming weeks and months. That’s also because much of Restock’s promised financial wallop—including the growth of alternative revenue streams and further digital sales growth—depends so much on a strong underpinning of sales in stores.

To be sure, Kroger’s challenges don’t necessarily reflect a flawed strategy or execution. It’s just that its renewal plan is taking root while so many of its rivals, including Walmart, Target and Costco, have also stepped up their games. Not incidentally, their stocks are performing considerably better.

“Kroger’s markets are undoubtably under incredible pressure from competition,” analyst Scott Mushkin of Wolfe Research said in a note to clients this week. With comps falling short of estimates, “we question what levers the company has available to pull in order to grow sales absent additional price investments, of which there is little room given already shrinking margins and rising expenses in wages and e-commerce.”

As Kroger officials explained in a conference call discussing earnings last week, the company isn’t necessarily planning to price-slash its way to a higher sales trajectory. Much of the planned price investments as contemplated as part of the Restock plan were “pulled forward” a year ago with the federal tax windfall.

While Kroger expects those investments will still deliver results this year, Kroger is also counting on the work already done as part of Restock—thousands of “space optimization” projects in stores that disrupted sales last year and ran on longer than the company would have liked—finally turning into a tailwind.

CEO Rodney McMullen also said he believed that growing digital sales and “basic execution” in stores would also add to the momentum, along with “being a little bit better at telling the customer our story.”

Some are skeptical. Chris Mandeville, an analyst with Jefferies, in a research note to clients noted that given the relatively slow sales start to the fiscal year, Kroger needs to average comps of 2.2% for the remainder of the year just to hit the low end of its guidance. “While Kroger pointed to a myriad reasons as to what will drive better comps for the balance of the year … we question the effectiveness of these factors as true growth engines simply given the fact they’ve been a focal point for management for some time now and have had little visible impact on growing core food comps,” Mandeville wrote.

At Kroger’s annual meeting this week, McMullen’s message naturally focused on Restock's progress and not what’s yet to be accomplished. The company’s pursuit of “asset-light, margin-rich” alternate revenue streams are on pace to deliver $100 million in profits this year. Digital sales have grown from zero dollars in 2014 to about $5 billion by the end of 2018, with $9 billion in its sights. By the end of the year, Kroger anticipates being able to serve customers all over the country via various e-commerce modalities like Ship. The first of as many as 20 Ocado sheds is now under construction. A specialty food destination featuring trend-right products called Treasure EmporiYum are on the way to 200 Marketplace stores. Process improvements implemented during 2018 achieved savings and benefits of more than $1 billion.

“We hear this phrase so often that it’s easy to dismiss: Change is life’s only constant,” McMullen said. “We hear it so often that it becomes cliche. But like many cliches, it may no longer be original but it’s still true. It is especially true in grocery retail.”

There are promising signals all over but the Wall Street party is running out of beer. What they want, they want now.