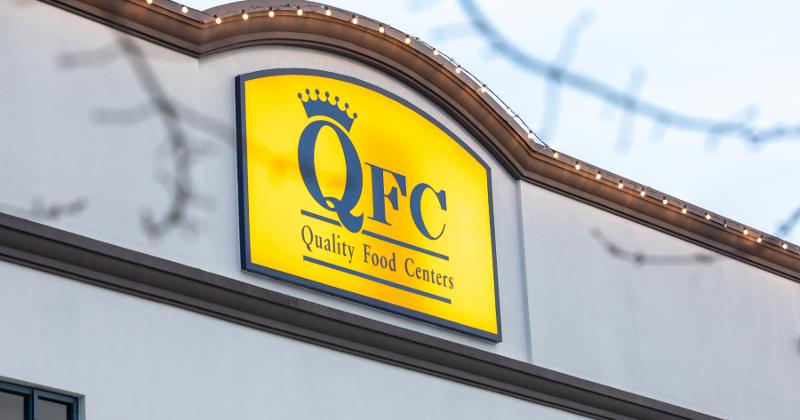 In the wake of Seattle City Council’s extra pay mandate for grocery workers, The Kroger Co. is set to close two “underperforming” Quality Food Centers (QFC) in the area. The closures, the company said, were accelerated by the mandate that requires certain employers to provide extra pay for some, but not all, front-line workers in the city, imposing a 22% operating cost increase on some employers.

Kroger had recently announced it would close two stores in Long Beach due to similar hazard pay mandates in California.

“Kroger is taking an aggressive stance” and sending a “not too subtle message” by closing stores in Long Beach and now Seattle, a grocery industry executive operating on the West Coast told WGB. “Kroger is making a statement that this hazard pay is going to come with consequences."

“A chain the size of Kroger has hundreds of stores on the bubble, underperforming stores where they are planning to run out the lease or close when no longer viable,” the executive added. If wages go up $4 or $5 an hour, continuing to operate these stores becomes questionable."

“Our business provides affordable groceries, good jobs with growth opportunities to thousands of Seattle residents, and proudly supports thousands of local community organizations. We need a level playing field to deliver on these commitments. Unfortunately, Seattle City Council didn’t consider that grocery stores—even in a pandemic—operate on razor-thin profit margins in a very competitive landscape,” the company said in a statement. “When you factor in the increased costs of operating during COVID-19, coupled with consistent financial losses at these two locations, and this new extra pay mandate, it becomes impossible to operate a financially sustainable business.”

An additional challenge to grocers operating in areas such as Seattle and Southern California is wages are already higher than the national average. QFC’s average hourly wage in Seattle is about $20 an hour and total compensation is over $25 an hour, including healthcare and pension benefits, the company said. The extra pay mandate is in addition to the total compensation package QFC currently offers to its associates, including “competitive wages, comprehensive healthcare and a reliable pension.”

“Seattle City Council’s misguided mandate targets one industry and not only oversteps our collective bargaining rights, but it altogether exempts several nonunion competitors,” the company continued. “City Council and the mayor refuse to answer why their proposal does nothing to raise wages for the city’s own front-line workers, who are serving with the same dignity and determination as our own associates. Unfortunately, the irreparable harm that will come to workers and our Seattle community is a direct result of the city’s attempt to pick winners and losers among essential businesses and workers.”

The executive with whom WGB spoke also objects to the mandate as unfair in its singling out grocery stores, as well as its prioritization of additional pay over vaccinations.

“Why is it only grocery workers and not fast-food workers or employees at Home Depot?” the executive said. “If it’s fundamentally unsafe to work in a grocery store, then a pay bump isn’t going to make workers safer, but a vaccine will.”

PCC Community Markets CEO Suzy Monford made a similar case in a letter to Seattle’s mayor, in which she urged the city to reconsider the hazard pay ordinance that “disproportionately harms local, independent grocers,” and instead focus on increased access to vaccines for grocery workers. PCC then later changed course and gave its front-line workers the hazard pay increase.

Other grocers operating in the area, such as Trader Joe’s, have given the $4 pay increase to all of its grocery workers across the country, but the additional pay will be in lieu of raises. Further adding to the challenge for grocers, in Los Angeles County the mandatory pay raise is $5 an hour but it’s $4 an hour in other parts of California and Seattle.

“In 2014, Seattle raised the minimum wage to $15. I don’t have problem as a business operator in the area if the minimum wage goes up to $19, as businesses will adjust. It’s fair to all businesses in the area,” the grocery executive said. The challenge for grocery stores in these new mandates is that some retailers are exempt and others aren’t based on the footprint of the store and the percentage of selling space devoted to food.

“I object to the way this is being implemented,” continued the executive, adding that the mandates also include provisions that limit a grocer’s ability to make operational changes such as labor scheduling.

Since the start of the pandemic, Kroger said it has invested $1.5 billion to both reward associates and to implement dozens of safety measures. The company continues to provide rewards for associates, including $50 million in rewards that paid out to frontline associates on Feb. 11.

“QFC continues to advocate to federal, state and local elected officials to prioritize front-line grocery workers to receive the vaccine. The company is encouraging every associate to receive the COVID-19 vaccine by offering a $100 payment after receiving the second dose,” the company said.

“It’s an incredibly difficult time for front-line workers and that’s why we’ve had hero pay bonuses in place, and continued sick pay,” the grocery executive explained. “Our expenses have increased significantly to date. Please get our people vaccinated. That’s the headline. That’s a better solution.”

Kroger said the two QFC stores will remain open and operational through April 24. The stores are located at 416 15th Ave. E and 8400 35th Ave. NE in Seattle. QFC is providing the mandated extra pay to all associates, including those in the two locations scheduled to close as well as its other 13 stores in Seattle.