Amid much anxiety over how the coming wave of automation and artificial intelligence could reduce jobs at retail stores, a new study from the University at Buffalo School of Management found that emerging technologies could have a greater effect on those who are not working for companies.

It concluded that with both self-employment and artificial intelligence (AI) investment on the rise, independent sales representatives, drivers and agriculture and construction workers are in the greatest danger of having their jobs automated because their work is routine and low in technical expertise. By contrast, researchers said environments requiring employees to work together, negotiate and make decisions are less likely to be eliminated because these attributes are harder for machines to replicate. 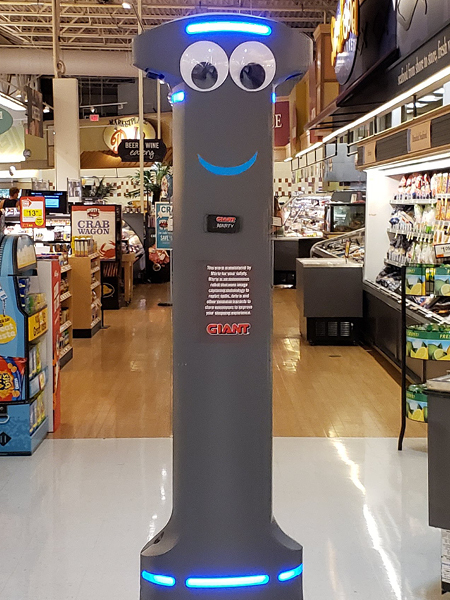 “Those who are self-employed just don’t have the same access to AI resources that corporate employees do, which makes it difficult for them to keep up with these technological advancements,” said Kate Bezrukova, associate professor of organization and human resources at the Buffalo, N.Y.-based university.

The researchers conducted a systematic review of every study to date on AI and the self-employed. They compared those findings to their own research on groups and teams from more than 20 published studies across many work settings. Through this approach, they found that while certain jobs are at risk because of AI, not every profession is in jeopardy.

The careers less at risk are typically those with higher pay, such as lawyers, managers and business and medical professionals, according to the study, which also found that technical jobs such as maintenance for robots and distribution of hardware for AI may see significant growth.

“It’s like when the computer revolution hit decades ago—there was great fear that computers would replace people,” Bezrukova said. “But work just shifted and IT positions grew because we needed more support for our computers and networking.”

Separate studies conducted by Genesys, a customer experience platform based in Daly City, Calif., indicate a disconnect between employers and employees when it comes to the perception that AI will put their jobs at risk.

According to the Genesys research, employers believe employees are more concerned than they really are, with 42% of employers believing their employees fear their jobs being eliminated because of technology. However, an earlier survey of workers by the same firm found that only 19% of workers feared for their jobs, and 67% of them said they were not concerned that robots would replace them.

Take Yourself to Work

While advancing technologies and the current tight job market can exacerbate a disconnect between retail corporate office employees and their colleagues on the store floor, they are not the fundamental cause, says Heidi Sax, a marketing manager for CB4, a New York-based tech company that provides analytics tools focused on improving the experience in retail stores. Store teams’ perception that their corporate peers are out of touch and corporate’s view that workers lack proper motivation often comes down to prioritizing culture in the long term.

“The disconnect between corporate and store teams exists independent of a tight labor market and digitization of society and shopping,” Sax says. “The degree to which it exists depends primarily on the way a retailer runs its stores and how much they prioritize long-term targets like culture and service over short-terms ones like sale goals. That said, these are aggravating factors.”

To retain and attract employees, retailers are adopting any number of tactics, including new approaches to training and development, higher starting wages and embracing the individuality of workers. This new paradigm, which might be described as “Do what we want, but do it your way,” can be seen at places such as Publix Super Markets. The Lakeland, Fla.-based grocer dropped a longtime ban on facial hair for male employees last year and says it is seeking workers with outsized personalities and a strong desire to share their personal knowledge with shoppers for its new GreenWise stores.

And Walmart, which is throwing considerable training behind a set of standard processes it calls One Best Way, also wants workers to bring “creativity, flair and heart” to those tasks. “One Best Way is really solid,” Greg Foran, the former U.S. CEO of the Bentonville, Ark.-based retailer, said in an address to employees. “But the magic is being able to add your creative flair.”

Retailers with an eye on retaining good workers and modernizing at the same time need to carefully balance their investments in technologies with what that means for their workforce.

“Store personnel are often the ‘lucky’ recipients of tech they never even asked for and will never receive proper training for,” Sax says. “Meanwhile, they may have a tech wish list that management never even considered. There are outstanding workforce-enabling tech tools out there [that] have a proven track record when it comes to user sentiment and store-level compliance.”

At least some Walmart workers, for example, expressed dismay at how robots in their stores affected morale, according to an article in The Washington Post.

Farhan Siddiqi, chief digital officer of Ahold Delhaize in Zaandam, Netherlands, acknowledged a need to be “smart and ethical” while staying focused on the future.

“We as an employer need to take a very active role and a responsible role, [asking] what is the future of work going to be? How are we going to get ready for [automation]?” he said in an interview. “Of course, you’ve got to be competitive, but are we ethical and smart, training our employees and making sure that our people have the skills to actually work with these technologies in the future? Their goals will change, and we have to be with them.”