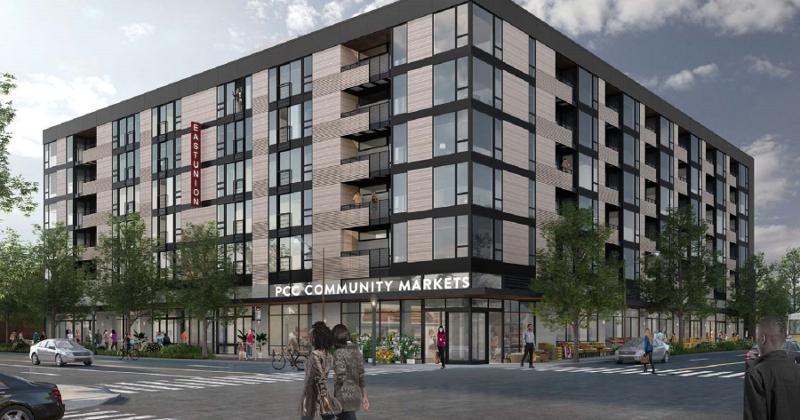 PCC Community Markets can relate to the struggle of so many foodservice operators as the country reopens—it’s nearly impossible to find workers.

One of Seattle’s original grocers and the largest community-owned food market in the U.S., PCC announced it is shifting the opening of its downtown Seattle store to early 2022. The store was originally slated to open this summer.

“When PCC opens a new location, we aim to provide the best experience for our staff, members and shoppers. Opening downtown PCC this year would not allow us to deliver on that experience,” PCC told WGB. “One key factor is that we are facing a very difficult hiring environment. In opening a new store, we need to fill 100-plus new positions, and we currently have a wide range of jobs to fill across the co-op.”

PCC said its focus is on filling those roles first, so teammates have the support they need to do their jobs and support its communities.

Additionally, in an effort to support the downtown Seattle community now, PCC has launched a new Downtown Seattle Food Access Grant offering five grants totaling $25,000 to nonprofits focused on food access. The co-op will begin accepting applications on June 22, and the grants will be awarded later this summer.

“PCC is committed to helping build back a vibrant and healthy Downtown,” said PCC CEO and President Suzy Monford, in a statement. “When Downtown PCC opens in 2022, it will bring the neighborhood local, organic and sustainably sourced food. But we know that it is critical to address the growing food insecurity in our community now, and we are excited to offer our new food access grant program to support our downtown neighbors.”

As PCC opens new locations, each store partners with a food bank to extend food access programming in support of the communities served. In planning for the new downtown location over the past year, PCC met with multiple food banks, meal agencies and community groups to best understand their needs.

From these meetings, two themes became clear: The need for emergency food services has never been greater and COVID-19 continues to disrupt traditional food access operations, the company said. The new food grant is designed to best meet the needs of the downtown Seattle community.

“The pandemic has hit our downtown community particularly hard,” said Rachel Smith, president and CEO of the Seattle Metropolitan Chamber of Commerce. “PCC has a rich tradition of supporting our Seattle neighborhoods with their food access programs and the new Downtown Seattle Food Access Grant comes at a pivotal time to help serve our community.”

PCC’s downtown Seattle store will occupy 20,000 square feet in Wright Runstad’s Rainier Square project. Located on the block between Union and University and Fourth and Fifth in the heart of Seattle, the store will serve the downtown, Belltown, West Edge, Pioneer Square and First Hill neighborhoods, and bring about 100 new union jobs to the surrounding community.

“While we were excited for PCC to join the downtown community this year, we appreciate the co-op being forthright with this announcement and look forward to the eventual opening,” said Downtown Seattle Association President and CEO Jon Scholes in a release. “We recognize the challenges posed to all businesses at this time and value PCC stepping up to support downtown through the newly created grant program this year.”