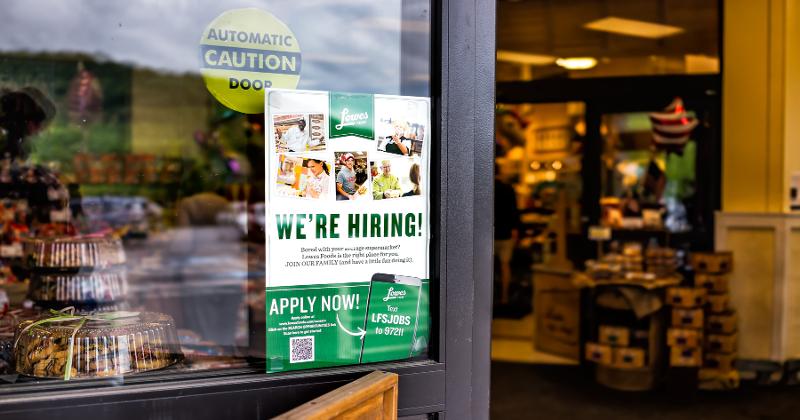 March's jobs report, released by the Bureau of Labor Statistics on April 1, had plenty to cheer about from and for the U.S. workforce.

The U.S. unemployment rate dipped to 3.6%, almost reaching the 50-year low of 3.5% recorded just before COVID-19 was declared a global pandemic. The unemployment rate for adult women declined, as did the share of workers who said they had lost hours or were prevented from looking for work because of the pandemic. And average hourly wages, after rising only a penny in February, rose 13 cents in March to $31.73.

For employees and for job-seekers, there was ample good news—and consumers remain largely upbeat on the U.S. labor market. More than 57% of consumers surveyed for New York-based think tank The Conference Board's March consumer confidence survey said that jobs are "plentiful"—a record high.

For employers, the picture remains complicated.

"Our belief is that labor shortages are here to stay," said Dana Peterson, EVP and chief economist for The Conference Board, at FMI–The Food Industry Association's Midwinter Executive Conference in Orlando last week. 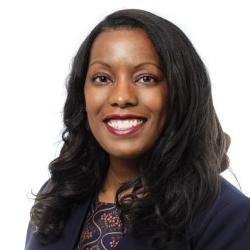 Aside from the the impact of the pandemic, which at its outset led many working parents—primarily women—and older workers to step out of the labor force because of caregiving demands and/or health concerns (and which has, until recently, delayed the return to the workforce for many of them, as well), generational shifts and tightened immigration policies continue to challenge employers, Peterson noted.

"You have this aging of the baby boomer population, and we don't have enough younger people to make up for all of the older citizens who are retiring," said Peterson, and foreign worker caps mean that employers can't necessarily bring in all of the labor they want to help fill in workforce gaps. The challenges remain especially acute on the production side of the consumer-goods equation, trade groups have asserted—exacerbating retailers' struggles to keep shelves stocked and leading to further consumer frustration.

"The industry is adding jobs but also needs a larger workforce to manage consumer demand, which just exceeded March 2020’s panic-buying highs for the seventh straight month," said Geoff Freeman, president and CEO of CPG trade group the Consumer Brands Association, in a statement in response to the March jobs report. The National Association of Manufacturers noted March 31 that a recent survey conducted with Deloitte had found that 83% of manufacturer respondents cited attracting and retaining a quality workforce as a top concern.

On the retail side, meanwhile, 80% of respondents to FMI's 2021 SPEAKS survey said their ability to attract and retain workers had been challenged in the past year, to negative business effect. More than three-quarters (77%) of retailers surveyed said they had raised wages for part-time workers in response to hiring and retention pressures, and 85% said they had raised wages/salaries for full-time workers.

But against the continued headwinds of retirements and competition for headcount from other sectors, how does the grocery industry need to continue to evolve its labor strategies to remain competitive in 2022 and beyond?

For one thing, retailers need to meaningfully acknowledge that it's not all about wages for workers. "Pay is entry-level, table stakes," said Rick Keyes, president and CEO of Meijer, in a workforce panel discussion at the Midwinter Executive Conference. What's at least as important, he said, is "How do we surround our teams with the benefits package, the comprehensive program that promotes retention?"

"Every year we want to layer in additional benefits to make Meijer a better place to work this year than it was last year," Keyes continued. One offering that has proved invaluable, he said, is making sure that new hires have access to benefits on Day 1.

Steven Williams, CEO of PepsiCo Foods North America, echoed the sentiment. PepsiCo Foods used to require at least 30 days on the job for employees to be eligible for benefits but has scrapped that policy in favor of first-day eligibility, he said. "It is a difference-maker," Williams said.

Beyond that, "Culture matters a lot," said Williams, and an integral component of that is clear, consistent messaging with front-line staff. At the outset of the pandemic, PepsiCo launched "Zoomside chats" to let workers ask Williams questions about the pandemic itself, pay and other top employee concerns. With as many as 7,000 to 8,000 workers signing on for those when they started, "We were able to do that in a way that built significant trust with the front line," Williams said. An overall approach of "Pay 'em more, make sure people get the time they [need], and transparency of dialogue" has carried the day for PepsiCo Foods North America through the past two years, Williams said.

For Keyes, effective communication means ensuring that messaging about corporate ESG commitments and achievements, community engagement and the business's own history gets out to team members, too—not just to media outlets. "I think we're not really good at talking about" the industry's heritage and company-level initiatives, he said, adding, "We've certainly had an opportunity to show up for our communities" in the past two years.

"Our team members love to hear" about efforts such as Meijer's commitment to reduce its carbon footprint by 2025, Keyes said, and appreciate the opportunity to get involved with these on their own. Meijer recently has had success in distributing money to individual stores to be allocated to an organization of their choice, based on employee votes. "It was a bit of a surprise for us how amazingly that was received by our team," he said.

On the hiring front, suggested The Conference Board's Peterson, part of the answer lies in more dedicated outreach to those currently on the periphery of the job force—parents and grandparents not currently employed, for example, and individuals who've been involved in the criminal-justice system. Training and upskilling part-time and nonsupervisory workers for full-time, higher-responsibility roles and new roles that will meet the business's evolving demands also is vital, she suggested.

"If you can’t do that, automation, contracting out, these are going to be other options that we're going to see," Peterson said.