The board of directors of Sprouts Farmers Markets is making progress toward the naming of a new chief executive, but the day can’t come soon enough, some observers feel.

The search for a successor to Amin Maredia took on added urgency when it was revealed that Sprouts President and COO Jim Nielsen, one of two senior executives acting as co-interim CEOs while the search proceeds, was taking a medical leave of absence. That has put even more on the plate of Nielsen’s counterpart, Brad Lukow, Sprouts’ CFO and co-interim chief executive, and was a topic of some alarm in the financial community.

Maredia left the fast-growing Phoenix-based natural foods retailer in December. Sprouts officials have maintained the search for a successor would take six to nine months.

Lukow, who revealed Nielsen’s illness while reviewing quarterly results this week, said the board was “moving through to the conclusion” of the CEO search. “Hopefully we’ll have something to announce in the not-too-distant future.”

When an analyst in the call expressed concern he was taking on too much, Lukow responded with a defense of Sprouts’ other senior leaders, including chief merchant Dave McGlinchey and COO officer Dan Sanders. Lukow maintained that he and Nielsen “hadn’t missed a beat” since Maredia disclosed plans to resign in November.

“We have a deep management team that are executing on our strategic initiatives. And yes, in this interim short period while Jim’s away, his direct reports are now reporting into me,” Lukow said. 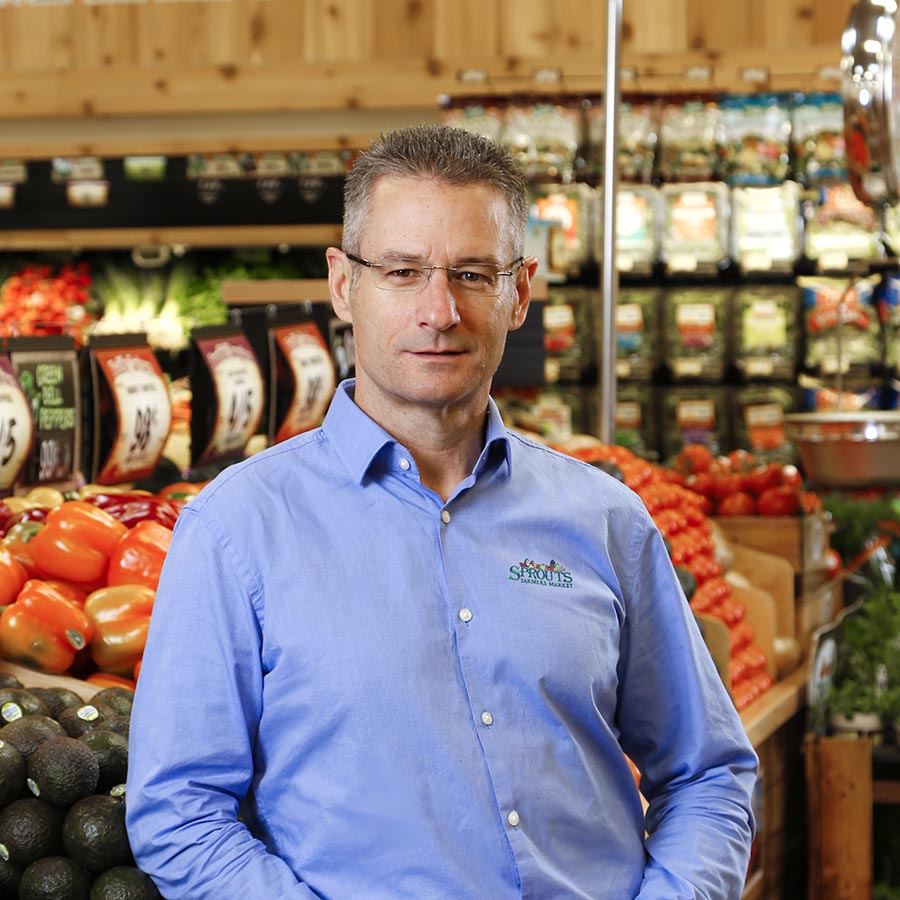 “It’ s not about one person. It never is. The company has been focused over the last 24-plus months of building the bench and bringing in great talent,” he continued. “And the fact is that we’re now approaching a $6 billion company, that has been pretty important and enabling us to attract top talent to the company. So we’re feeling very solid as a management team that we’re continuing to execute. Yes, we’re busy, but we wouldn't have it any other way.”

In a note to clients, JP Morgan analyst Ken Goldman reiterated concerns expressed in the call.

“We appreciate that the process can take time, but (a) most CEO departures occur with a clear succession plan in place and (b) when a succession plan is not yet in place, boards often make hiring decisions a bit faster than the timeline [Sprouts] has suggested," Goldman wrote. "We think it is increasingly important for [Sprouts] to soon make a decision on a permanent CEO. Interim co-CEO and COO Jim Nielsen’s temporary absence for health reasons was an unforeseen event; nonetheless, it leaves Mr. Lukow filling three senior management roles on his own (CEO, CFO, COO) at a time when the company is undergoing a variety of changes,” including introducing a new floor plan, rolling out multiple software systems and expanding into new geographies.

Chris Mandeville, an analyst at Jefferies, expressed similar sentiments in a separate note to clients.

“Given his prominent role within the company, particularly in operations when much change is taking place, lack of clarity as to when [Nielsen] will return does concern us as it puts strain on remaining execs, all while the company continues to search for a permanent CEO,” Mandeville said. “While we're confident in Mr. Lukow's abilities to move initiatives forward, we believe the business is best served with executives in defined roles, including a permanent CEO.”