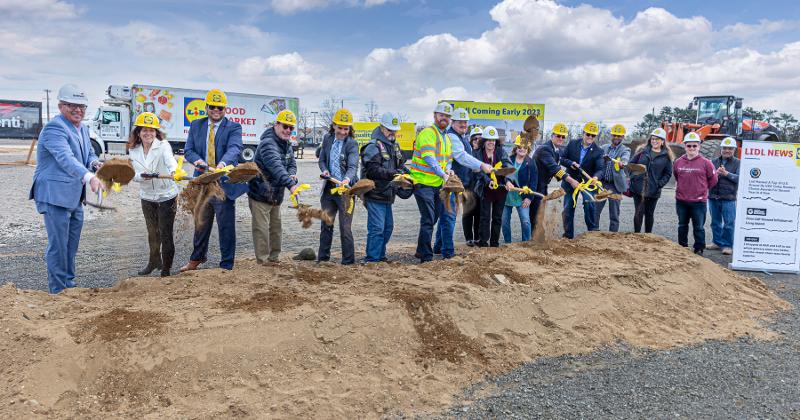 The new $15 million store, which will be the grocer’s 22nd store on Long Island, will be 35,359 square feet. The Deer Park location will be a state-of-the-art store set to open in early 2023, the grocer said in a statement.

Lidl said the store will create 65 new jobs, with starting pay of $17.50 an hour and comprehensive benefits for all employees, including healthcare.

Also included in the groundbreaking ceremony was the debut of Lidl’s new reusable charity bag. Lidl said it partnered with Lauren Rochel to create a limited-edition reusable bag that which will launch in stores on May 4. Proceeds from the while-supplies-last bag will be donated to John Theissen Children’s Foundation, which Lidl has partnered with since 2019.

In January, Lidl broke ground on the company's first store in the nation's capital. The new supermarket will be located at the Skyland Town Center.