Beginning March 1, users of Lidl’s MyLidl app will be eligible to hit more reward plateaus on their way to achieving higher monthly spending goals. Lidl also said it will have new opportunities to win rewards every month.

“Our goal is to reward our loyal shoppers with even more ways to save,” Will Harwood, a spokesman for the Alexandria, Va.-based discounter, said in an email. “To that end, we will enhance our Super Shopper program, so that it will not only include a reward when a MyLidl member reaches the conclusion of their spend journey, which is how the program works today, but also new rewards in incremental places along the way.” 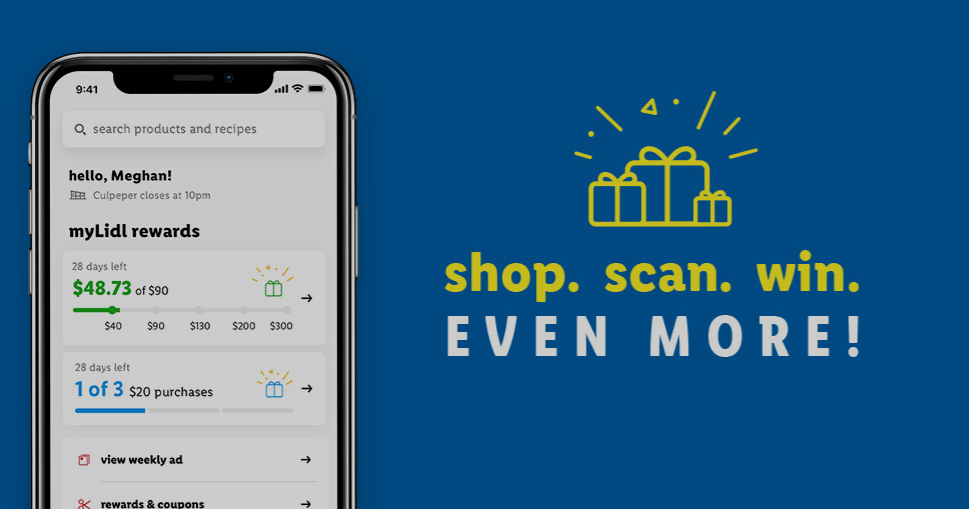 Retailers such as Lidl can use mobile rewards programs to track household spending and carefully incentivize shopping, either with discounts rewarding additional spending—users reaching “super shopper” status can receive deep discounts on their entire basket—or rewards targeted at particular categories, such as seafood or meat. Adding rewards along the journey will make the experience “more dynamic and fun,” Harwood said.

It would appear getting to the “conclusion” of the shopper journey could also be more challenging for some shoppers. The goal until now has typically been set at $150 over a month. Images shared online for the March contest show a $300 goal, although with reward plateaus set at $90, $130 and $200. “The photos are an illustration of how the program works, but are not a fixed configuration for it,” Harwood said.

In addition to the monthly rewards for total spending, Lidl is using its app to drive shopper frequency by offering rewards to shoppers who spend at least $20 on three separate occasions during the course of a month. That benefit was already a part of the MyLidl rewards program.

Shoppers earn points by scanning their mobile app at checkout and will see rewards in their “rewards and coupons” tab on the mobile app. These rewards can be redeemed on a future shopping trip.