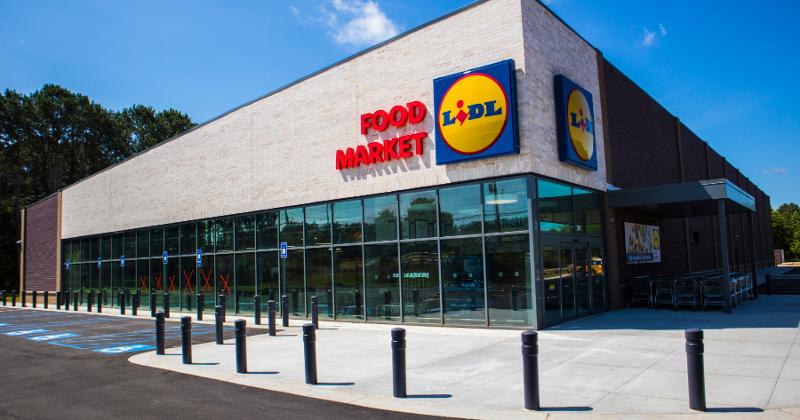 Lidl U.S., the Arlington, Va.-based division of Germany’s Schwarz Group, is readying for its grand opening in Atlanta on Aug. 17. The hard discounter also made headlines this month as it will open its first Brooklyn outpost in Park Slope, as reported by the Commercial Observer on Aug. 3.

The hard discounter’s newest location in the Peach State will be at 1855 Memorial Dr. SE in Atlanta; it will be open daily from 8 a.m. to 9 p.m. The ribbon cutting ceremony will begin shortly before doors officially open at 8 a.m., and the first 100 customers will be presented with a gift card ranging from $5 to $100 each, according to the grocery retailer’s website.

The William Macklowe Company and Senlac Ridge Partners—joint developers of a site at 120 Fifth Avenue in Brooklyn's Park Slope, formerly occupied by a Key Food supermarket and soon to be developed as a major residential and retail complex—announced Aug. 3 that they have signed a 25,000‐square‐foot lease with Lidl US to operate a new community supermarket as a centerpiece of the project.

“In the course of our close collaboration with local civic leaders, their top priority consistently has been to bring a community‐oriented supermarket to the planned development to succeed the closed Key Food. That’s why we’re thrilled to be partnering with Lidl to deliver a new, full‐scale supermarket that offers a broad range of quality groceries at affordable prices. We’re eager to complete construction of our residential and retail development and expect that the new supermarket will open in 2024,” Billy Macklowe, CEO of William Macklowe Company, said in a statement.

Lidl, which currently operates stores in Staten Island, Harlem and Astoria, Queen, is looking to expand its reach with New York City residents.

“We're thrilled to be planting our roots in Park Slope and are excited to introduce our new neighbors to Lidl’s simple, affordable and highly-awarded approach to grocery,” said Or Raitses, senior director of real estate for Lidl in New York, in a statement. “Great people make the Lidl experience possible every day and as our Park Slope project progresses, we look forward to reaching out to neighbors and local community non-profits to support the hiring of an outstanding team for our customers at Lidl Park Slope."

Jay Marcus, director of real estate for the Fifth Avenue Committee, a local nonprofit affordable housing group, who the Community Stakeholder Group (CSG) chose to act as their spokesperson, said that the selection of Lidl, "a market leader in affordable pricing, and the lease’s inclusion of the CSG‐ requested features to establish a truly neighborhood‐oriented supermarket, is a win‐win-win for the William Macklowe Company/Senlac Ridge Partners development team, Lidl, and the Park Slope and Gowanus communities."

With Lidl U.S. CEO Michal Lagunionek at the helm, Lidl’s U.S. invasion continues and with no signs of slowing. On Aug. 31, a new store in Reisterstown, Md., is set to open—marking Lidl’s 21st location in the state, the company announced.

As consumers continue to seek out deals as food at home prices continue to rise, Lidl recently announced efforts to drop prices on more than 100 items in all of its stores across nine East Coast states.

The price-cutting campaign, Lidl said, comes as inflationary pressures across the supply chain have led to sharp increases in food prices for many retailers, especially on staples such as meat, grains, coffee, frozen prepared foods and other household products.

"As many families contend with rising prices due to inflation, we hope to ease their financial burden at the checkout counter by investing even more to lower our prices," Lagunionek said in a statement in June. "This price-cutting drive is part of Lidl's ongoing commitment to offer the best value in every community we serve."

Lidl, which offers a broad range of groceries at affordable prices, has more than 170 stores across nine East Coast states, with 25 in New York state.