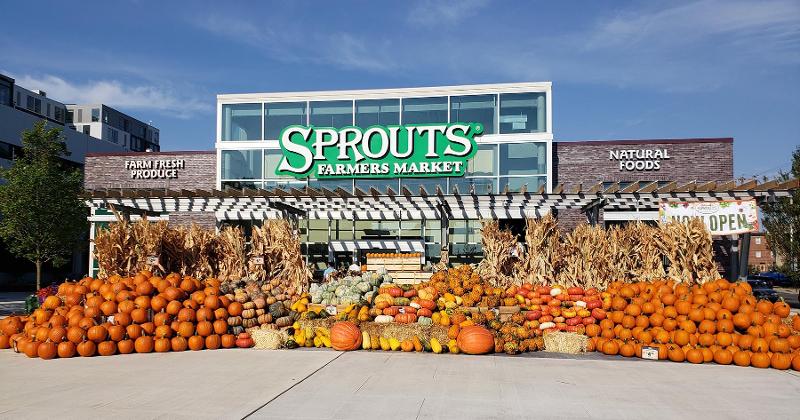 If you happen to be a bargain-minded organic-food enthusiast in the Southeast, it’s going to be hard to top the back-to-back going-out-of-business sales affecting Lucky’s Market and now Earth Fare.

It’s a different story for nearby retail survivors and suppliers, who are likely to experience both the short-term impact of those fire sales and long-term questions of consumer and investor sentiment surrounding what led to them, sources say.

Sprouts Farmers Market, a rival of both Lucky’s and Earth Fare in the same markets where the latter two have called it quits in the past two weeks, has seen its stock dive by more than 20% since the beginning of the year. The one-time high-flying company—which at 340 stores is considerably larger than its dying specialty rivals but still much smaller than conventional giants—is in fact trading at historical lows, surrendering about $1 billion in market capitalization vs. the same week a year ago, and about $4 billion less than investors valued it in 2015, when the natural/organic specialty store saw considerably sunnier skies ahead.

Sprouts, which will report its fourth-quarter and annual financial results later this month, is in the beginning stages of a transformation under new CEO Jack Sinclair that in light of the recent competitive bloodbath could prove prescient if even more difficult to execute, sources said. Sinclair has pledged to reel in new store growth while cutting the cost and complexity of building and operating them, find more profitable ways to price and promote, and market more efficiently and succinctly. Essentially, these moves would have Sprouts behaving less like an upstart niche player and more like the scaled giants that ultimately drove Lucky’s and Earth Fare into trouble, but it appears investors and analysts don’t view it that way quite yet. 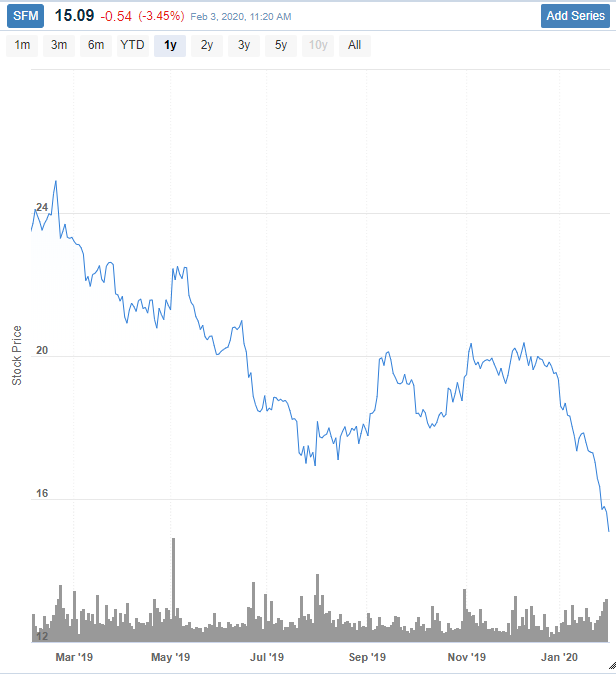 “While we continue to subscribe to the view that scale increasingly matters in grocery, we are unconvinced that Sprouts … belongs in the camp of retailers who are successfully leveraging scale to gain market share,” Barclays Analyst Karen Short said in a note to clients this week.

Eroding margins, slowing comps and declining return on capital—all issues that have challenged Sprouts over the past year—“may very well be symptomatic of broader issues facing relatively smaller, specialty grocers as they face large-scale competitors who continue to improve their own fresh/natural/organic offerings; have sharpened perimeter pricing (particularly in produce) in recent years; and have made meaningful strides in e-commerce capabilities,” Short added.

Sprouts officials late last year said they expected comparable-store sales in the fourth quarter to range between flat and 1%. The Lucky’s and Earth Fare closures would affect Sprouts’ performance in its current first quarter—certain to be among the topics of interest when Sprouts reports results Feb. 20.

The wind-down of Earth Fare and Lucky’s—not to mention New York’s Fairway Markets, which separately filed for Chapter 11 bankruptcy protection in January—would also have residual effects for United Natural Foods Inc., which served all three brands as a wholesale distributor.

Barclays in a separate note this week estimated UNFI supplied about 30% of lost revenues of Lucky’s and Earth Fare, respectively, and 15% of Fairway’s sales, or total revenue of $336 million, consisting of $144 million from 32 Lucky’s stores closing or to be sold to self-distributing competitors such as Aldi and Publix; $150 million at Earth Fare, which is closing all 50 of its stores while seeking buyers for them; and $42 million at Fairway, which had 14 stores—five of which are proposed to be sold to Village Super Market, a member of cooperative wholesaler Wakefern Food Corp.

According to Barclays, that could create a top-line void of $270 million, or 2.5% of sales, and an estimated operating profit impact of $6.7 million for the Providence, R.I.-based distributor. UNFI is the largest unsecured creditor identified in both the Lucky’s Chapter 11 case, with $13.2 million in prepetition debts, and in the Earth Fare bankruptcy, which indicates the distributor is owed $9.6 million. In the Fairway case, UNFI is owed $1.8 million.

Like Sprouts, UNFI stock has fallen precipitously as smaller and niche retailers suffer: It is down by more than 23% this year. Also like Sprouts, UNFI is racing to gain scale, as demonstrated by its acquisition of conventional rival Supervalu.