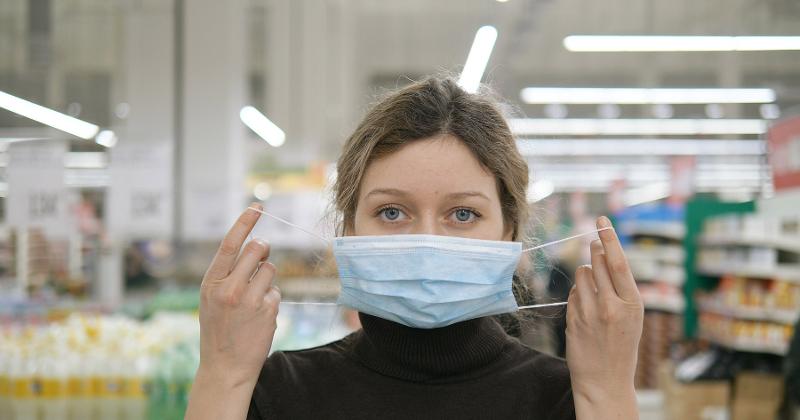 Saying their workplace is an increasingly hostile environment due to both the threat of the coronavirus and irate customers who refuse to wear masks, some Kroger employees have called upon the Cincinnati-based chain and the entire industry to reinstate hazard pay.

Their remarks came during a press event organized by the United Food and Commercial Workers (UFCW) union this week.

The UFCW, which has called the suspension of hazard pay “unconscionable,” is urging The Kroger Co., Walmart, Amazon and others to immediately reinstate “hero” or hazard pay until the need for grocery workers to wear masks and other protective measures is no longer necessary.

“As this pandemic continues, the threat of this virus is real across every grocery store in America. Yet, most states and supermarket chains are still failing to enforce social distancing or mask wearing in stores to keep customers and workers safe,” said UFCW International President Marc Perrone, who also called on every leading food retailer to ensure public health by releasing the number of their food retail and supermarket workers who have died or become sick and/or exposed to COVID-19.

Perrone further announced two initiatives it plans to roll out in the coming weeks. One is meant to encourage shoppers to wear masks and “shop smart,” while the other threatens to out those companies that discontinue hazard pay.

“While we hope some of these companies do change and follow the lead of other national companies like Albertsons and Ahold who acted responsibly to extend this hazard pay, we are preparing options to ensure that every American knows which supermarket companies stood by their workers and their families and which did not,” said Perrone.

When Kroger ended its hero pay, it announced it would distribute one-time bonuses—$200 for part-time workers and $400 for full-time workers. On the call, Perrone explained why he has said the bonus structure is “unacceptable.” As many grocery workers are working six days a week and more than 40 hours a week, they are now making less money with the one-time bonus than they would have with the $2-an-hour-raise model, he maintained.

As part of the call, some Kroger grocery workers spoke about the risks they must take just going to work each day. “Kroger ended our ‘hero pay,’ but the crisis is not over. I face each day with anxiety, and it gets worse when I see customers refuse to wear masks,” said Kristine Holtham, a 53-year-old Kroger meat department manager in Lansing, Mich.

Holtham, recounting a particularly cruel encounter with a shopper whom she says she had politely asked to wear a mask for the sake of his health and hers, said the customer responded by saying, “I don’t give a damn about your health.”

“That was the last day I asked anyone to wear a mask,” said Holtham, who estimates that she encounters between 2,000 and 3,000 shoppers a day—many of whom are not wearing masks. She said she wears a mask for 8 to 10 hours a day on the job.

“It started out being a safety issue, now it’s a political issue and believe me, if you ask someone to wear a mask, it’s like telling them to throw their gun away,” Holtham added.