Mercato, the San Diego-based e-commerce platform for independently owned grocery and specialty food stores, announced today that it has hired Emily Keeton to be its chief financial officer. In this role, Keeton will oversee all financial and administrative functions for Mercato. 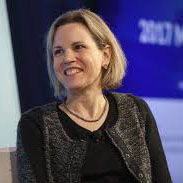 “Emily is a terrific addition to our leadership team and we are excited to leverage her expertise and deep skill set as our company continues on its path of accelerated growth,” said Bobby Brannigan, founder and CEO of Mercato, in a statement.

Keeton joins Mercato from WeWork, where she was acting managing director of WeWork’s Creator Fund. Prior to that, she was global head of mergers and acquisitions for the provider of flexible work space. Before joining WeWork, Keeton was co-head of mergers and acquisitions at IAC, the New York-based internet company. She started her career in investment banking at DLJ and Credit Suisse.

Launched in 2015, Mercato operates in 45 states nationwide. Its digital platform connects consumers to more than 1,000 independently owned grocery stores and specialty markets. Built upon a mission of supporting such stores, Mercato has been actively onboarding and serving grocers during the COVID-19 crisis, adding over 400 specialty food stores, independent grocers, and market halls since the beginning of 2020.

The company’s platform “equips independent grocers with a clean and seamless way to manage online inventory, orders and deliveries,” the company said.

Keeton currently serves on the board of directors for ezCater, the largest online marketplace for business catering. She is also on the advisory board of the Liu Idea Lab for Entrepreneurship at Rice University. She has an MBA from Harvard Business School and a bachelor’s degree from Columbia University.