Ahold Delhaize’s new CEO greeted the company’s 350,000 employees with an offer to listen to their suggestions as to how to serve the customer better.

“By keeping our customers at the heart of everything we do, we built over the years a strong company with great local brands,” Frans Muller said in a video message posted on the retailer’s website. “We get even stronger by embracing change and use these opportunities to serve our customers and communities. So, I like to hear from you how we can get better every day—whether you work in stores, in a distribution center or any place at Ahold Delhaize. I want to invite you to help me lead our company into an even brighter future.”

Muller officially took over for Dick Boer on July 2. He is the former CEO of Delhaize, which merged with Ahold in 2016.

In other leadership changes, Ahold Delhaize announced that it would shuffle the heads of two of its European units. Vassilis Stavrou will become brand president of Alfa Beta in Greece, and Mircea Moga will succeed Stavrou as brand president of Mega Image in Romania. Both appointments will take effect Oct. 1. 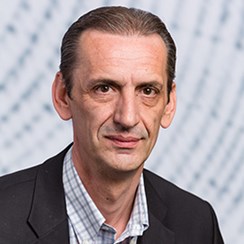 Stavrou succeeds Leonidas Vrettakos, who is retiring after being with the company for 21 years.

Stavrou began his career at Alfa Beta in 1994 and progressed through the company, working in roles of increasing responsibility in logistics, quality assurance and HR. He subsequently served in a regional HR and sustainability position in Europe prior to taking responsibility for Mega Image in 2015. 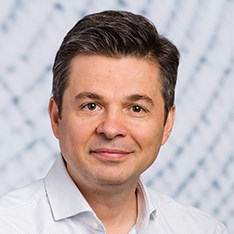 Moga, currently SVP of commercial and logistics for Mega Image, will succeed Stavrou. Moga has been with Mega Image since 1997 and knows the company well, having worked in logistics, retail operations and IT. He has been integral in the expansion of the brand, helping drive its growth from four stores when he started to more than 620 now.

Both Stavrou and Moga will both report to Muller until Wouter Kolk assumes his role as CEO Europe and Indonesia later this year.

Vrettakos will be retiring at the end of September. Ahold Delhaize said he was an asset to Alfa Beta and Ahold Delhaize, “playing a crucial role in steering Alfa Beta through the difficult Greek economy while leading it to the No. 1 position in the market.”