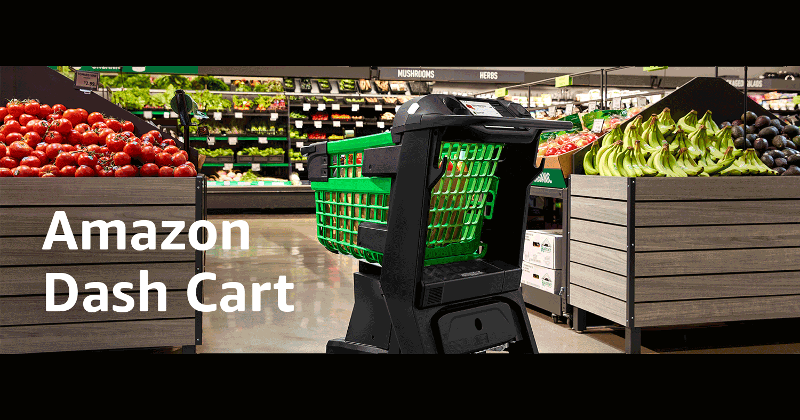 Amazon’s fleet of forthcoming grocery stores could include a unique shopping cart that allows shoppers to speed through checkout.

Dubbed the Amazon Dash Cart, the mobile-phone activated carts will scan barcoded items as they enter the basket, weigh items such as fruits that are sold by weight and allow shoppers to proceed through designated checkout lanes without stopping that will tally the bill and return a receipt to the shopper’s phone in the style of  the Amazon Go convenience stores.

Amazon said the carts will be available in Amazon’s new grocery store in Woodland Hills, Calif., expected to open soon. The Seattle-based tech giant has publicly acknowledged a small handful of additional such stores on the way, but reports indicate there could soon be dozens in the U.S.

The technology may come as a relief to some industry observers who were decidedly unimpressed with the technology array visible to some visitors to the Woodland Hills store earlier this year. Those reports were swiftly followed by unconfirmed reporting that the store would also include a microfulfillment unit. All along, however, Amazon has played its cards close to the vest as it explores a frontier of the U.S. economy it has penetrated only at the edges, primarily through its Whole Foods Market acquisition and its online Fresh business.

Amazon said the carts would be best suited for small shopping trips of “one or two bags” of items. The carts use a combination of computer vision algorithms and sensor fusion to identify items put in the cart. Shoppers arriving at the store will know if one of the carts are available by a QR code on their Amazon mobile app. The company did not immediately indicate how many of the new carts would be available in the first store.

Other companies, notably Caper Systems in New York, have been at work on similar technologies, which can offer an alternative to the elaborate array of cameras and sensors enabling completely “checkout-free” stores like Amazon Go.

A screen mounted on the cart's handle allows shoppers to access an Alexa Shopping List to check items oﬀ and view subtotals. Every cart is equipped with a coupon scanner that allows users to scan as they shop.