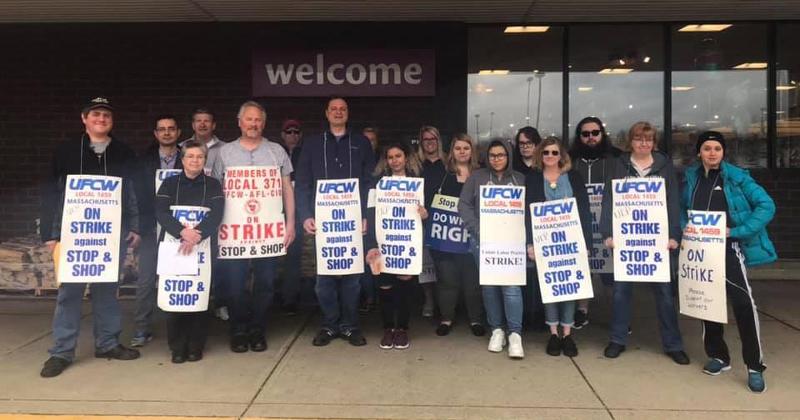 The 11-day strike that crippled New England Stop & Shop stores is over, but analysts are still puzzled as to why it was at all necessary—and what it’s going to take to get customers back.

Officials of Stop & Shop parent Ahold Delhaize, speaking in a first-quarter earnings conference call, fielded a barrage of questions from financial analysts about what was gained during the worker walkout. Contract details published by a United Food and Commercial Workers local union compared with published proposals from the company in the weeks prior to the April 11 walkout would indicate that workers made only slight progress on wages, bonus pay and healthcare, but company officials insisted the contract’s total costs would increase only in line with inflation—or less than 2%—and reiterated that beyond a one-time hit of around $100 million to underlying operating income and $20 million in lost sales during the strike, the company would hit its cash-flow projections for the fiscal year.

The five UFCW locals agreed to call off the strike April 22 and all have now voted to ratify the new three-year deals.

“We think nobody has won in this strike,” CEO Frans Muller said. “It’s a very unfortunate event for everyone involved.”

Calling the settlement “fair and responsible,” Muller indicated that a similar result could have been reached without a walkout. “[F]or nobody involved has [it] been a good thing that we had an 11-day strike,” Muller said according to a transcript provided by Sentieo. “We feel that if it would have stayed within the dialogue between the partners—for this, you always need two partners to stay in the dialogue—then we also would have achieved this type of result without the damage.”

Muller said store inventories returned to normal levels within four days after the strike and that store traffic is again picking up. Sales are “heading to the right direction,” he said, adding, however, that it was too early to estimate the sales impact for the current quarter.

The company said it would use its marketing and promotional budget and savings achieved through its “Save For Our Customers” campaign to assure customers return. “We feel these are going to help us also to make sure that we get customers fully back as we used to have,” he said. “That’s the best thing Stop & Shop can do to serve our customers.”

This could indicate a period of heightened price competition in the New England markets, analysts said.

“While the Ahold team sounded positive in getting customers back to its stores following the strike disruption, with its supply chain back on track soon after the agreement was reached, and the stores fully stocked, our market research suggests that it is certainly possible in a hypercompetitive marketplace that Ahold will need to promote heavily to get back all the customers,” Scott Mushkin, a Wolfe Research analyst, wrote in a note clients. “That said, the company indicated that any incremental margin impact is expected to be mitigated through its cost savings initiatives, even though it expects a ramp-up period to get to a normalized level of sales.”

While the financial impacts of the strike will be felt in the second quarter, Ahold Delhaize had a “good” first quarter in the U.S., Muller said, with total sales up by 1.1% to $11 billion and comparable store sales, excluding gasoline, increasing by 1.2%. Adjusting for the shift of the Easter holiday, which fell in the first quarter last year but in the second quarter this year, comps would have been up by 2.2%.

Officials said the Stop & Shop remodeling program was on track for 22 stores on Long Island, set to reopen between June and August. The company is still awaiting federal antitrust approval for its purchase of King Kullen stores there.

Muller said e-commerce sales would ramp up over the course of the year as the company triples the number of U.S. stores offering click-and-collect from 200 to 600 by the end of 2019. Ahold Delhaize projects e-commerce to grow by 20% this year and by 30% in 2020. Muller described click-and-collect as a “slightly more advantageous” economic model than its Peapod delivery business, particularly amid delivery-fee deflation triggered by competitors such as Amazon. But delivery will also realize cost advantages as online sales grow, Muller said: “Scale matters also here.”