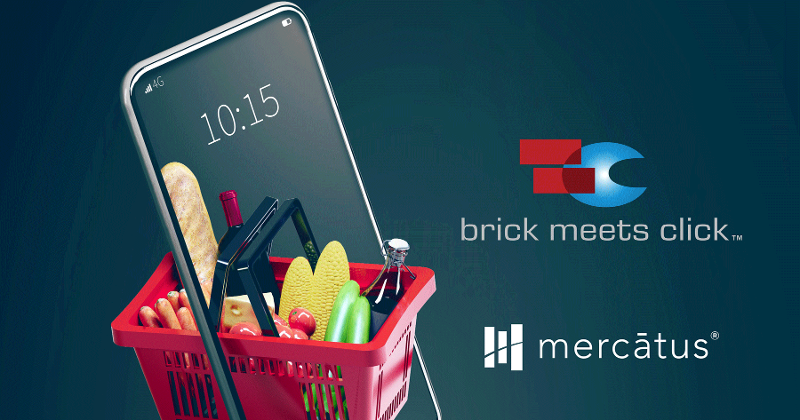 While a new study from Brick Meets Click and Mercatus Technologies finds that U.S. grocery delivery and pickup sales for August 2020 totaled $5.7 billion, down from June’s peak, other key findings are particularly promising for the longer term. For example, average order value increased to a record high of $95, and intent to make a repeat purchase in the next month reached 75% in a market that is nearly five times larger than it was just one year ago.

According to the Brick Meets Click/Mercatus Grocery Shopping Survey fielded Aug. 24-26, August sales dropped approximately 20% compared to June. The companies point to changing shopper attitudes toward COVID as a likely contributing factor. “The ongoing research has documented a steady decline in the percentage of households that express a high level of concern about contracting the virus, dropping from a high of 47% in April to 38% in August,” they say.

While grocers knew the off-the-charts demand for items like toilet paper, baking supplies, shelf-stable proteins and frozen foods wouldn’t remain elevated at early-pandemic levels forever, the industry has been hungry for data that indicates what lies ahead. Will the COVID-won online shoppers remain an important part of a grocer’s bottom line? What percentage of grocery’s online business will vanish as consumers return to shop in-store?

“There is a common belief that the rapid and dramatic surge in sales caused by COVID-19, starting in mid-March, would recede at some point as stay-at-home orders and in-store shopping restrictions like occupancy limits, shortened hours and one-way aisles were relaxed,” David Bishop, partner of the Barrington, Ill.-based Brick Meets Click, said in a statement. “While the August results reflect a retrenchment of sorts, the market appears positioned to begin a new growth cycle with a large base of committed shoppers.”

According to the survey results, the number of monthly users of online grocery services has surged by well over 100%. The survey found that approximately 37.5 million, or 29% of all U.S. households, are considered monthly active users of these online grocery services in August 2020 compared to 16.1 million one year ago. This gain of around 21.4 million represents a 133% increase in the number of active households placing at least one delivery or pickup order during the past month.

These newly loyal users are also spending more when they shop. On a year-over-year basis, monthly active online grocery shoppers are spending more per order and placing more orders per month, according to the research. “Spending per order rose to a record $95 in August 2020—32% higher than a year ago—and active shoppers placed 1.6 orders per month compared to 1.0 orders in August 2019,” say the Brick Meets Click/Mercatus analysts.

Also, during August, 75% of customers indicated that they are extremely or very likely to use their most recent online grocery service provider again within the next 30 days. “This level of repeat intent is a significant improvement from June and slightly surpasses the rate reported during August 2019, which highlights how improved retail conditions are leading to stronger shopping experiences,” say the companies.

“The rise in repeat purchases and spending means grocers are successfully acquiring new online shoppers, and equally as important, converting existing digitally engaged customers,” said Sylvain Perrier, president and CEO of the Toronto-based Mercatus, in a statement. “Even with diminished concern about COVID-19, grocery shoppers are realizing the benefits of a streamlined and frictionless online shopping experience. Going forward, it’s critical that grocery executives focus their teams on rewarding online shoppers by delivering a differentiated e-commerce experience that caters to consumers’ high expectations.”

“These results reinforce that grocery delivery and pickup services will continue to play an important role for both shoppers and retailers going forward,” adds Bishop. “What’s also evident is that customers’ expectations will grow even higher, making it critical for retailers to continue improving the entire shopping experience.”