The pandemic caused supply chain issues industrywide, but the pains were especially felt by independent retailers, which struggled to keep essential goods stocked due to what they say is an unlevel playing field between big and small businesses that has long existed.

In an effort to rectify the issue, the National Grocers Association has issued a white paper calling on Congress and the federal government to modernize antitrust laws that are already in place—but are not being enforced—that they say will restore competition to the grocery sector.

“Independent grocers are increasingly struggling in the face of growing influence of so-called power buyers, dominant retailers who act as gate keepers to grocery shelf space and control terms of trade in our industry. These power buyers exercise their market power to demand lower prices and package deals,” said Greg Ferrara, president and CEO of NGA, during a press call in advance of the white paper’s release. “The COVID-19 pandemic has unfortunately exacerbated this problem against independent grocers. In fact, in the months that small businesses struggled to keep products on their shelves, powerful firms have used their economic power to demand on-time, complete orders from suppliers, and in some cases, to secure excess supply of must-have products.”

Washington, D.C.-based NGA represents more than 1,600 independent grocery retailers who account for nearly 9,000 storefronts across the country, including at least one in every congressional district.

“The pandemic has put this structural issue on full display as everyday Americans who rely on Main Street grocers still can’t access the products they need to feed and support their families,” said Chris Jones, SVP of government relations and counsel for NGA.

For customers, this means paying higher prices and traveling further distances to get the staples they need. NGA said independent grocers face supplier prices up to 53% higher than what their larger competitors are selling the product for at retail.

"The current situation in grocery is anything but good for American consumers."

As such, NGA is proposing to Congress:

“The very reason that antitrust laws were written is to protect competition and to protect consumers. But they are not achieving these primary goals for two main reasons: No. 1, the laws that would prevent economic discrimination in grocery are no longer enforced by regulators or in the courts; and No. 2, the current assumptions of antitrust enforcement are flawed,” said Jones of NGA. “They assume that the problem of economic discrimination is can be chalked up to efficiency gains. The idea that big-box retailers should get a free pass because their actions can be explained by business efficiency and is therefore good for consumers. … The current situation in grocery is anything but good for American consumers, and that’s because efficiency had nothing to do with it.”

Stephanie Harris, general counsel for FMI–The Food Industry Association, in a statement to WGB, said: "As the food industry association, FMI believes strongly in competition, and in our role representing the food marketplace. Our antitrust laws are the rules under which our competitive system operates, and FMI supports compliance with those laws.”

Jimmy Wright, owner of Wright’s Market, a family-owned store in Opelika, Ala., a town of about 30,000 people, shared some of the supply issues he faced during the pandemic on the NGA press call. 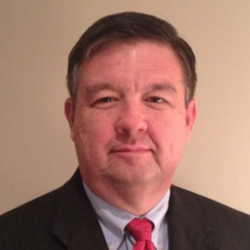 “I could not keep my shelves stocked with items my customers need. Opelikans were forced to make an extra trip to the nearest big chain when they prefer to shop locally,” he said. “Even when products were limited across the supply chain, my competition received some of the high-demand items, such as paper [goods] and cleaners, while we received none. My customers were forced to make an extra shopping trip when many were concerned for their concerned for their health and safety and wanted to limit their trips to public places. This also resulted in a loss of business for Wright’s Market.”

Wright, who frequently addresses Congress about the issues facing independent grocers, also shared how even pre-pandemic it has been a struggle for him to get competitive pricing.

“For years, we’ve been only able to get discounted prices on certain items every 8 to 12 weeks, where our big-box competitors are getting that pricing every day,” he said. “For us to compete, we must buy large quantities of these key items while the discount pricing is available, which ties up our cash which we could better use to reinvest in our business, our employees and our community.”

"There are laws in the books designed to provide anticompetitive economic discrimination. Those laws have not been enforced in years, and now we are all paying the price."

The issue extends to package sizes as well. “We’re also not offered certain package sizes that we see in our competitors. This is especially prevalent in dollar stores,” Wright said. “When we ask for these products, we are told we are in a different channel of trade than dollar stores, and those products are not available to us. These tactics are not just unjust, they are illegal. There are laws in the books designed to provide anticompetitive economic discrimination. Those laws have not been enforced in years, and now we are all paying the price.”