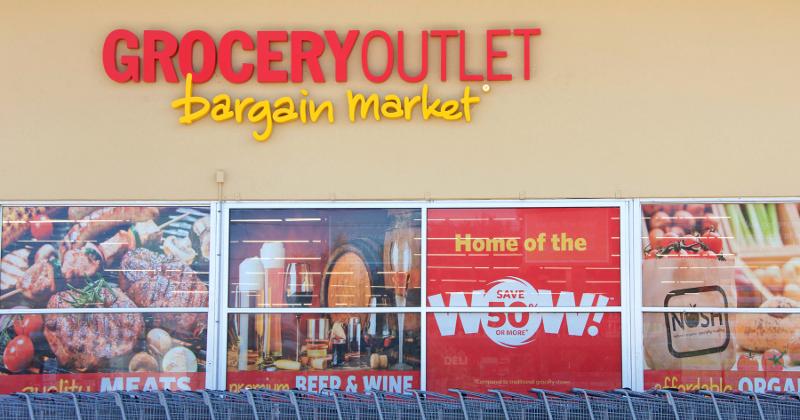 Effects of the coronavirus pandemic that continue to benefit conventional supermarket operators have become an increasing burden to niche counterparts such as Grocery Outlet Holdings.

The Emeryville, Calif.-based discounter is facing multiple challenges—shoppers are visiting fewer stores and doing more shopping online, and thanks to stimulus have more money to spend—that have worn away at its advantages as a value-focused alternative to conventional stores. As a result, sales in its fiscal second quarter dipped by 3.5%, comps fell by 10% and net earnings slid by 33%. Though the sales figures were within the range analysts expected, earnings per share missed Wall Street estimates, and a sequential deceleration in two-year comp trends raised additional concern around the “stickiness” of pandemic shopping trends over the longer term. Its stock was down by nearly 10% on the morning of Aug. 11, following the after-market report the day before.

“I think if we look at some of the trends for the consumer, we really need the stimulus to abate,” CEO Eric Lindberg told analysts in a conference call, according to a Sentieo transcript. “We need some of the activities that people have stopped doing—hitting multiple stores, looking for just a primary shop—those to abate as well.”

In the meantime, the company said it would move to explore new ways to expand its share of wallet and broaden its customer base—including exploring e-commerce options for the first time. Officials until now have resisted online shopping over concern that translating its unique proposition—particularly the sense of excitement and discovery around the in-and-out deals upon which Grocery Outlet built its value offering—would be difficult to achieve virtually.

Lindberg said the company was convinced to proceed with various tests of both delivery and pickup options due to the abrupt growth of grocery e-commerce during the pandemic.

Lindberg said Grocery Outlet’s approach to e-commerce would be cautious and exploratory in nature. It was in talks with various third-party providers with an idea to test various solutions over the coming months before proceeding further. The company, in the meantime, will amp up its personalization efforts, including plans next year to add a shopper app for the first time, Lindberg said.

In stores, officials said Grocery Outlet would strategically expand assortment, to introduce more in-demand items, with particular attention to what it calls its “NOSH” (natural/organic/specialty/healthy) assortment and fresh foods, including more prepared items in produce and meat.

“To support this assortment expansion, we will adjust our marketing messages to feature both our deep value as well as the convenience of the full shop that we offer,” Lindberg said. “We will also continue to communicate in-and-out deals and fresh product to promote trip frequency. We’ve had great success with prior assortment improvements, and we see additional opportunity to create greater excitement with the next phase of this initiative.”

For Grocery Outlet, which acts as a buyer for independent store operators with whom its divides store profits, financial pressures can take a double toll. Its independent operators, which have careened from pandemic restrictions into a labor shortage and right back into safety concerns over the delta variant, are “stressed,” Lindberg said, but also “resilient.” Operator turnover is up this year over an increase a year ago, he noted.

“Last year was a good financial year for most of our operators, but a very challenging operating year. This year [is] a more challenging financial year and still a tough operating year,” he said of the company’s independent operators. “So we’d like to see come through this in 2022 smarter, wiser, a little bit more battle-worn, which is where we’re headed. They're hanging in there. We’re supporting them in a lot of different ways—communicating a lot with them and trying to stay as close as we can so that we don't have any big sort of distractions.”

Lindberg said he remains encouraged by the spirit of the company’s operators, calling out Tom and Angie Criss of Myrtle Creek, Ore., for their role in the company’s recent Independence From Hunger event, which collectively raised nearly $3 million for area food banks.

Lindberg said he was looking forward to meeting with operators in a series of regional meetings in October. Next month, the company is hosting its 23rd annual suppliers meeting.

A rebounding supply chain providing opportunistic buys and a pipeline of new stores to support 10% annual unit growth, including additional strength on the East Coast, are favorable trends for Grocery Outlet, officials said.

The company’s buyers are “definitely seeing the impact of increased production [and] investments in capacity,” President R.J. Sheedy said. “Suppliers have found new sources of supply in the past year to address bottlenecks. So we’re seeing those investments play through. And in this year that has proven difficult—or more difficult—to forecast, that yields some of the product that we’re seeing.

“Innovation pipelines are healthy,” he added, saying suppliers have reinvested profit into innovation, yielding packaging changes, rebranding and reformulations that provide the company with buying opportunity.

The company, which recently marked the opening of its 400th store, remains committed to a store expansion, which officials noted remains its biggest growth opportunity. Its first store in New Jersey, to be built in part of a former Kmart store in Hamilton, N.J., is set to open later this year.

For the quarter, which ended July 3, Grocery Outlet posted earnings of $19.6 million on sales of $776 million. Gross margin in the quarter was 30.7% of sales, which was in line with historic averages but 90 basis points below last year’s second quarter as volume benefits like reduced shrink that came with last year’s 16.7% comps subsided.