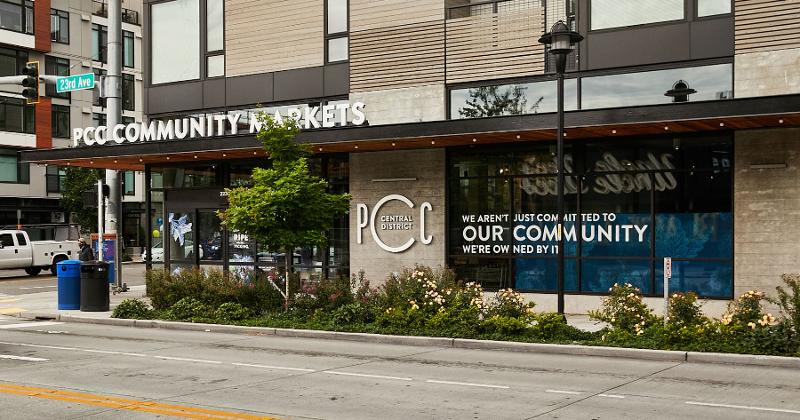 Seattle’s PCC Community Markets has discontinued the sale of plastic bottled water sized below 1 gallon. The decision extends an earlier PCC ban on single-serve plastic water bottles of 500 milliliters or less and the change will eliminate the sale of about 100,000 single-use plastic bottles across PCC’s 15 stores each year. The ban does not apply to sparkling water or enhanced waters such as high-PH drinks.

PCC has sought to be a local leader in the reduction of petroleum-based plastics use, replacing plastic straws and utensils with compostable alternatives in 2015—three years before Seattle’s ban on those plastics. The co-op also eliminated plastic grocery bags from all stores in 2007—five years before the city's plastic bag ban.

“PCC’s focus on eliminating petroleum-based plastics is an absolute priority,” said Brenna Davis, PCC’s VP of social and environmental responsibility. “It is a critical concern for the co-op to address with plastics being tied to land and water pollution, human exposure to chemicals, and contributions to climate change through plastic production. At PCC, we are continually looking to support the environment and provide our shoppers with sustainable alternatives.”

Aligned with the updated water bottle ban, PCC has worked to provide shoppers with more sustainable options, including water sold in refillable and reusable aluminum bottles. Rather than single-use cans, these bottles are sturdy enough to be reused multiple times and if it gets damaged, the bottle can be easily recycled. Similar to glass, these aluminum bottles are infinitely recyclable.

Additional ways that PCC provides alternative options for water includes bulk water dispensing; boxed water (in packaging similar to milk cartons), which is 92% plant-based, recyclable in the Puget Sound region, and made from Forest Stewardship Council (FSC)-certified paper; and water in glass bottles, which are reusable and recyclable.

This ban connects with PCC’s five-year sustainability goals established in 2018 and baselined in 2017, which also include achieving carbon negative store operations, reducing its water use by 5%, adding 1,000 organic SKUs to its shelves, and achieving zero waste with a diversion rate of 90%. PCC reports it has achieved an 82% landfill diversion rate, which is a 3% improvement compared to its baseline. The co-op said it continues to pursue its zero-waste goal through ongoing waste audits, recycling program improvements, and garbage reduction efforts.

Sunny Delight Beverages to be Acquired by Brynwood Partners

Opal Apple’s Youth Make a Difference Kicks Off this Month