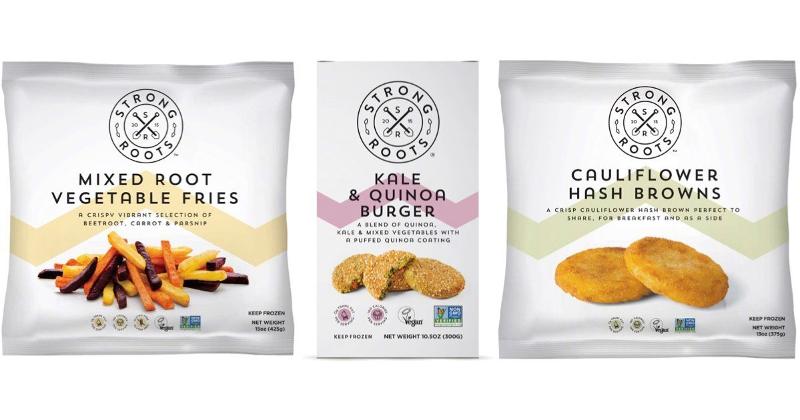 Founded by Samuel Dennigan in 2015 in Ireland, Strong Roots makes its products from seasonable and sustainable veggies that are frozen within 30 minutes of leaving the ground for freshness and retaining nutrition. Its portfolio includes items such as Oven Baked Sweet Potato Fries, Spinach Bites and Kale & Quinoa Burgers.

“Consumers have embraced our products as they hunt for healthy, easy options in the freezer aisle and we’re thrilled to continue growing with this Walmart expansion,” Dennigan said in a release.

Strong Roots’ products are sold in more than 8,000 stores worldwide, including in Ireland, the U.K., and the U.S., as well as Singapore, Iceland, the United Arab Emirates, Bahrain and Qatar.

To help guide its growth, the company has made three recent hires: Karen Griffin, who previously worked at DHL, Coca-Cola and KPMG, joins the team as chief financial officer; Craig Bowlin, a 20-year veteran of the CPG and advertising industry at Unilever and Pinnacle Foods, was named head of Strong Roots USA; and Fergal McGarry joins as group COO after holding senior leadership roles at Johnson & Johnson, Ornua and most recently Bewley’s Coffee.