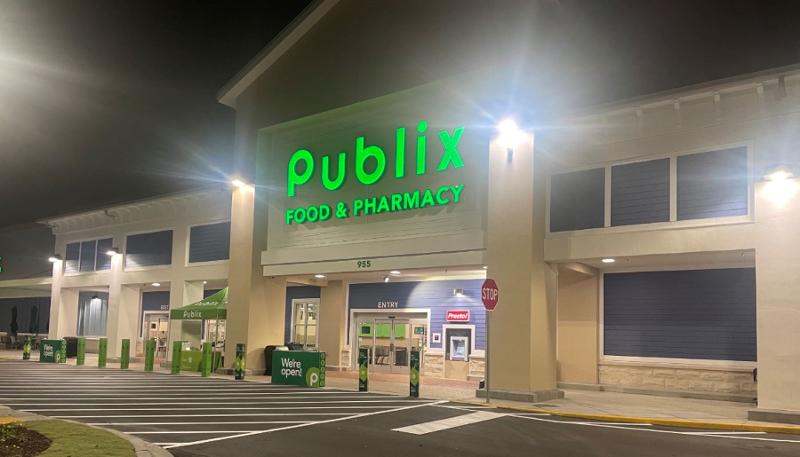 Publix Food Markets on Thursday opened its newest store in South Carolina, bringing its store count in the state to 68.

The 46,811-square-foot store is located at the Coventry Marketplace at 955 Wood Duck Dr. in Myrtle Beach, South Carolina, and employs 130 people. Haley Barber is the store manager.

“We are excited to expand across the region with the opening of our Publix in Myrtle Beach,” said Jared Glover, Publix media relations manager, in a statement. “We look forward to bringing Publix’s legendary service and quality to this great community.”

The new store offers departments for grocery in dairy, frozen food, seafood, wine, meat and produce, as well as a full-service bakery department and pharmacy, the grocer said.The full-service deli will offer "handcrafted old-world delicacies," cured sausages and prosciutto, as well as more than 200 artisan cheeses from the United States and around the world.

The new store location will also offer contactless pay options and grocery delivery via Instacart, as well as pharmacy delivery.