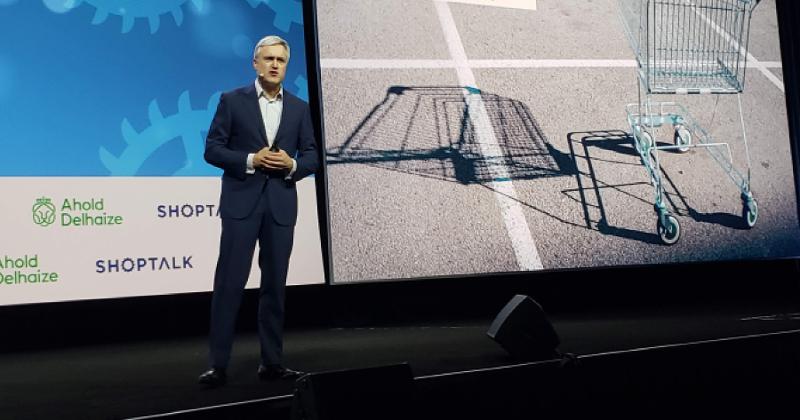 Delhaize and Ahold were international retailing rivals for more than 100 years—and on-again, off-again candidates for a business partnership with one another—when Frans Muller, then the CEO of Delhaize, phoned his counterpart at Ahold, Dick Boer, and started the discussion that led to their finally coming together in 2016. Now CEO of the combined companies, the 56-year-old Muller takes pride in having accomplished a business deal his predecessors could not, and doing so in a manner that met financial expectations and created new possibilities for the business, its associates and its customers.

A Dutch national with a cosmopolitan outlook, Muller got his start in business with KLM Royal Dutch Airlines before moving to retailing with Germany’s Metro AG. He joined Delhaize in 2013, succeeding the retailer’s family scion, Pierre-Olivier Beckers. At Delhaize, Muller cast aside creative but money-losing ventures such as the Bottom Dollar discount chain and focused investment instead on a wildly successful reawakening of Food Lion in the U.S., and on restructuring its core Belgian business around price- and cost-competitiveness in the face of more efficient competition.

Muller describes himself as a firm believer in the power of brands, and he says he likes working in a business where people can make the difference. Even in casual conversation, Muller is explicitly mindful of ethical and sustainability responsibilities that come with steering a multibillion-dollar international company in today’s world. What follows are excerpts from an interview conducted with WGB in March.

Jon Springer: Ahold Delhaize USA is Winsight’s Grocery Business of the Year. What would be your case for such an honor?

Frans Muller: What I would say is, despite the fact that [Ahold and Delhaize] were fierce competitors of one another for decades, they had the leadership skills and insights to make their merger a success, and focus on the future as a combined entity. That is very powerful, to step over your shadow and say, “We are going to focus on the future—we won’t go back. Together, we are stronger and will enjoy the differences [that it made] in trade terms, in learnings from each other and cultural elements.”

It is remarkable; we had no disruption, no distraction from the underlying business, and we delivered the synergies exactly as promised. It was a sensational job and the result of a forward-looking stance from everybody at the company who said, “We’re going to be stronger together; we’ll forget the past and we’ll focus on the future.” That’s a very rare phenomenon in the M&A landscape.

Why in your opinion do so many mergers fail to meet their goals?

There are a thousand textbooks written about mergers. When Dick Boer and I started, we knew there were plenty of reasons why a Belgian and Dutch company could not work together. There historically had been some animosity between Dutch and Belgians. That’s an old-fashioned and traditional view, but there was plenty of Belgian and Dutch thinking on this, and there were a lot of Dutch-Belgian mergers that did not turn out to be a success.

There were a lot of textbooks written about egos, and CEOs who can’t get along, and we said we are also going to change that. We have things to clarify, but we won’t let it jeopardize the combination. And there was a lot of warnings from analysts and smart bankers that a cross-border retail merger would never work. But we were excited to go the distance.

As chief integration officer, I was in the U.S. two weeks a month. I was trying to identify where there was tension and what the cultural differences were. We did good cultural discovery. We found what were the Ahold values and the Delhaize values, and we found shared values we both aspired to [achieve]. That’s why we talk about values, and why values, for our people, are very important.

There was a whiff of an Ahold-Delhaize romance for years when you finally got together. Why did it happen when it happened, and what was your role in it?

The first attempt at a merger was in 2006 before I was at Delhaize. It must have been the textbook things. When I phoned Dick on this topic, it went pretty fast. The two chairmen were aligned, the two CEOs were aligned, and we said we would let nothing come in between. We had to figure out how to look at one another’s businesses and leaders. There was some rocky road but with the four-man band we had, it was pretty smooth.

Can you talk about the fortuitousness of the timing of the merger, which came at a time when the need for investment and scale just reached a whole new level?

Ahold and Delhaize had a lot in common. We both had 60% of our share in the U.S. We were both strong on fresh and in private label; both of us were once family businesses and we had comparable cultures. That helped. The funding we got out of the synergies we could invest in our business, grow at the same time and have margin expansion. People didn’t believe we could do all that when we announced it.

When [Ahold USA President] James McCann left, Kevin [Holt] went to Ahold USA and I took over Delhaize America. It was smart to let Kevin get exposure to parts of the company he didn’t know, and we met every week. It was quite intense. 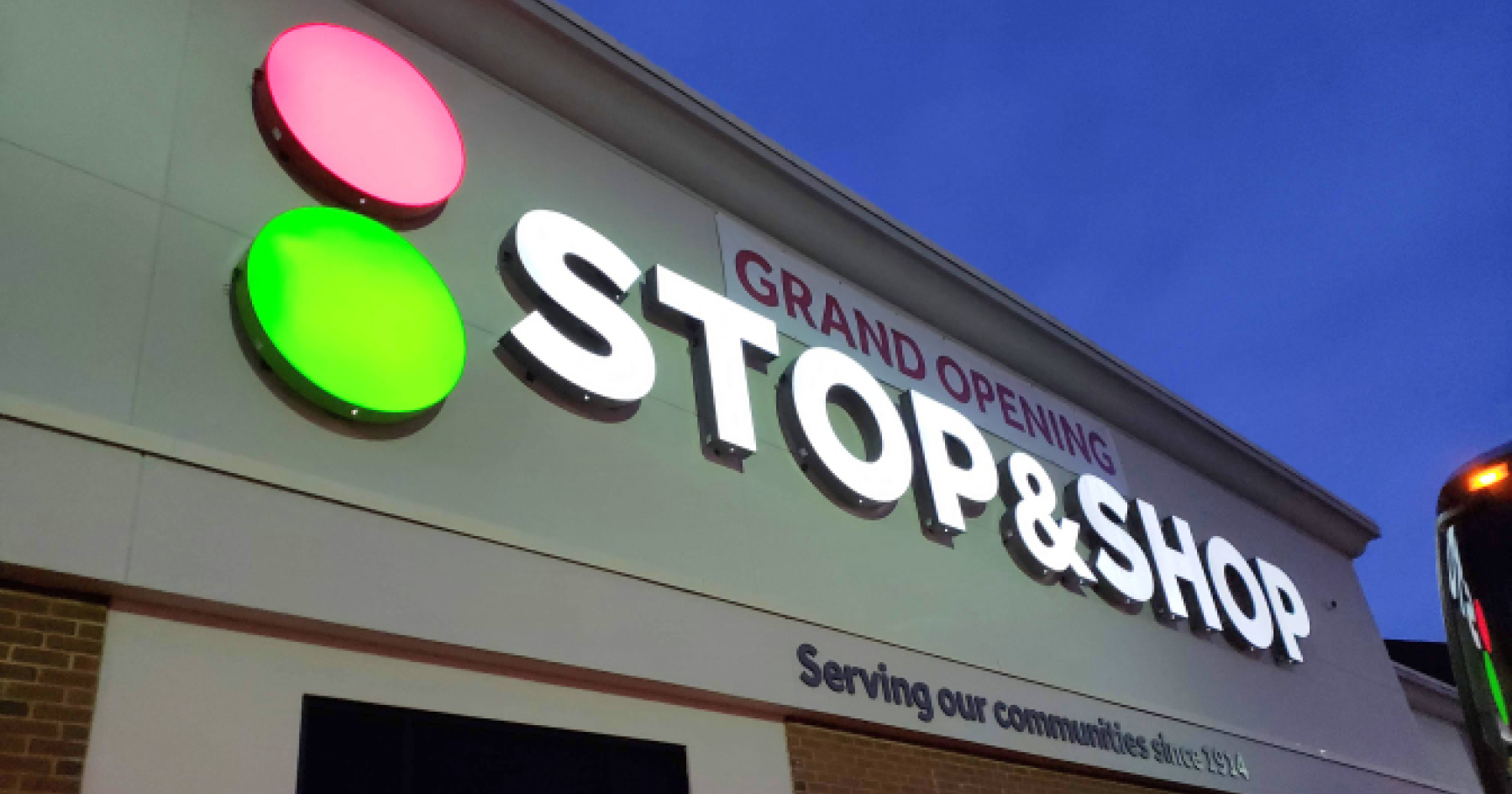 What does Stop & Shop need as a brand?

It needs what all brands need—a clear value proposition. It needs an update on the shopping experience itself: modernization, digitalization, the produce department. Stop & Shop also needs a better price perception and, in some cases, a better price positioning. And it’s not easy. Stop & Shop in New England is fairly consistent, but in the New York metro market it’s a patchwork of acquired brands. We also need to culturally fuel the brand and load the brand with the right equity. It was managed from Carlisle, so we’ve had to hire a lot of new category managers.

The other thing Stop & Shop needs is time. If we are sure the direction is right, we need to have some patience to be sure the things that we do really land.

Did you aspire to be a CEO of a food company?

When I was working for KLM Cargo and I moved to Metro, the German retailer, people thought it was crazy. But they are both service industry, and in both companies, people can make a difference. That’s how I looked it at it myself.

Over my career, I’ve been lucky a few times. I had some fortunate encounters with my bosses at KLM. I also work hard and I think I have a decent set of values. I love to go the last mile to make sure the customer is happy.

Do you consider yourself a competitive person?

I like to win—but not at every expense. You won’t see me pushing people over the edge. 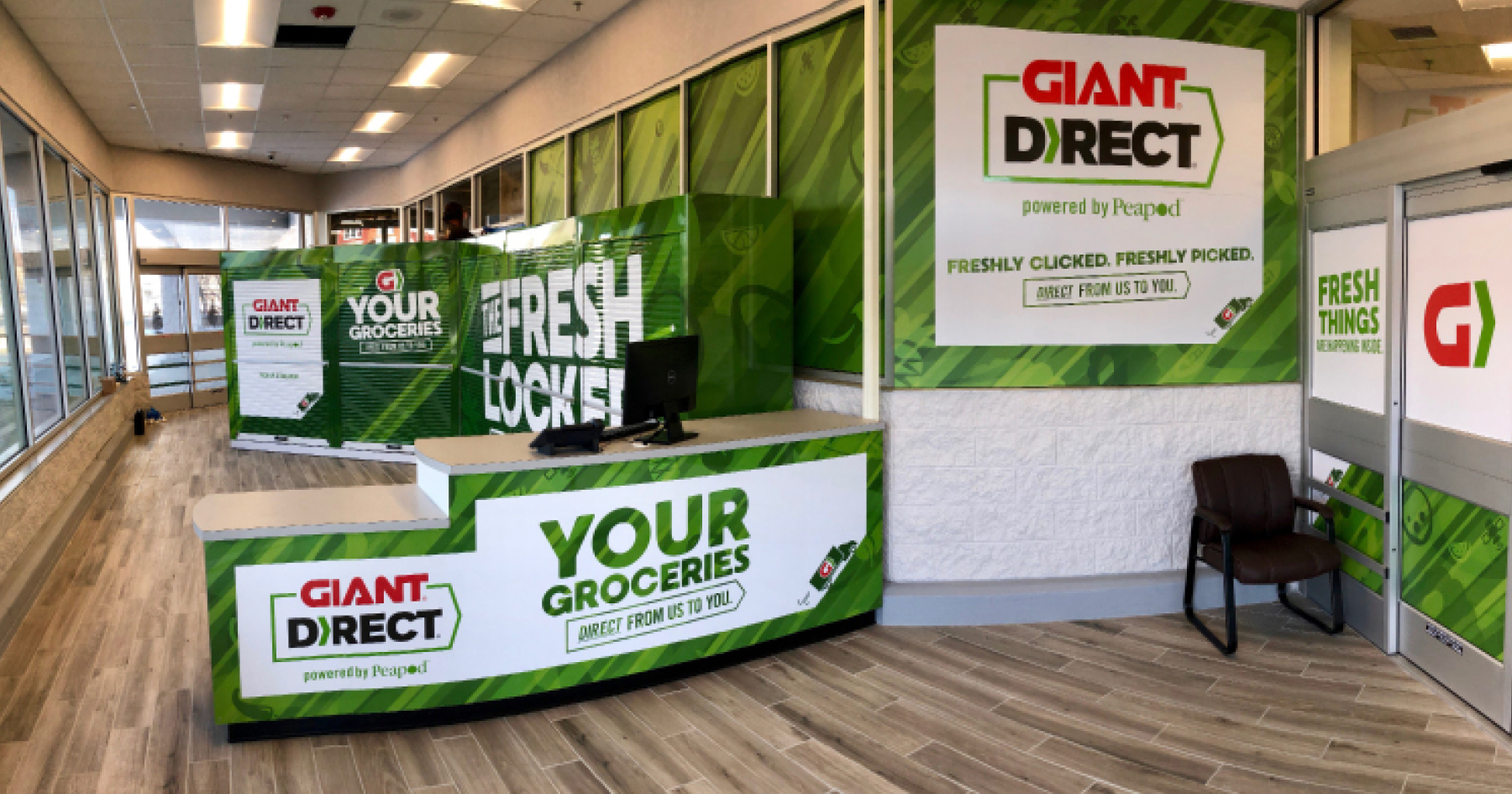 So what should Kroger, Walmart, Aldi and others know about Ahold Delhaize now that you’ve got the business moving the way you like it?

They should know that we are passionate about great local brands and passionate about the fact we strongly believe in the connectivity between our business, our stores and the communities, and we feel that is a long-lasting, very sustainable relationship. And that when we are courageous in our business decisions and strict on our values, those combinations will bring us teams that can win anywhere and, in the end, be unbeatable.

I really believe that people can make miracles work when they believe in it, when they get good support from management and when the direction is strategically correct. In food retail, when you get a brand in a flywheel, not a cost flywheel, but one where you’re engaging people and freeing up energy to fight for your company, it is very powerful. We are a fierce and fearless competitor when those elements are in the right combination.

There is a lot of commodity in our business. In the end, it is also about how you run the stores. Good leaders will have better operating stores, higher service levels, lower shrink, lower rotation, more fun. A team can make miracles in food retail when you’ve got the flywheel going, and it’s cool to see.

You made ethics and sustainability a major message of your ShopTalk address. What’s the business case for that?

Sustainability isn’t just soy and cocoa. For me, it’s business. I look at it the same way as I would margin or cost. Why? Because our customers expect this from us, the proper price, but also transparency in the supply chain. Our associates work for us because they feel the company has an eye for sustainability: They care about deforestation, they care about climate, they care about diversity and inclusion.

In the past, when food retailers have been asked what’s important, what’s a big risk to the company, we’ve said food safety. And it is extremely important. A meat scandal could bankrupt your whole company. Next to food safety, how we handle customer personal data will be important, and it will be an important for customers to trust our brands.

Health is also important for us. We’re committed to the health of our associates and our customers, and be sure, these are not empty words. We are sitting down with the 100 top leaders in our company this month to talk about how to make this more tangible. We have Guiding Stars in the U.S. and Nutri Score in Europe, but we’d like to take this one step further. What can health do for us? How can health give us more direction? And what can we do as a retailer contribute to health, more than just provide healthy food?

Helping people in our communities become healthier and have healthier lives is not just a responsibility for us but can also help loyalty. Parents whose children are facing obesity and diabetes would like to make sure the next generation of children to grow up healthier. And if we can help—and not patronize, offer tools—that’s a nice purpose. It is important for us.