Nick Nickitas is co-founder and CEO of Rosie, the Ithaca, N.Y.-based online grocery services provider specializing in independent retailers. The below conversation was excepted from an interview on June 3. 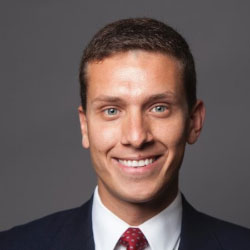 Jon Springer: It’s been a crazy few months in the grocery retail industry. We’ve gone straight from two-and-a-half months of coronavirus crisis straight into race demonstrations and rioting across the country. What’s the view been like from your perspective?

Nick Nickitas: I think three key trends that we’re seeing. One is very significant differences geographically on how the situation has been evolving with COVID. But I think in every state and trade area, what we saw is a rapidly evolving situation that was changing based on the elected leadership, the various characteristics of each state; the acceptance toward restrictions or the lack thereof; as well as other kind of characteristics. And so I think there's no one playbook here. It’s not like one area is like the rest of the country. They’re all on different timelines for the relaxation of social distancing guidelines. I think the impact of that trend is that independents are particularly well-suited to succeed in this environment, because basically, you’ve got decentralized retail operators that are adaptive on the fly to changes in their environment.

I think the second trend is the shift in consumer behavior toward local and community. There’s a more local mindset. We’re seeing a consumer trend toward shopping in local stores—shopping with the ones you know, and looking for ways to get more local, less national, and try to understand what’s going on in their ecosystem. That’s a powerful shift.

The last trend is there’s real winners and losers right now, and it all really comes down to the ability to change. And I think we’re seeing different postures in the retail space. You’ve got retailers who are seeing this as an opportunity to better serve customers. They’re innovating, and moving very quickly. And then I think there are other retailers that are not taking that approach, and adopting more of a defensive posture, because of the changes in place.

Independent food retail is an unbelievable private industry. Think about it. If you were a new person joining the industry right now, you're dealing with a once-in-a-century pandemic, combined with a racial rise, worse than we’ve seen since the late 1960s. You’ve got the transformation of online grocery, growing 15X over the last eight weeks, and you’ve got all of us cooperatively and collectively participating in the world’s largest and longest remote-work experiment.

Grocery typically is a face-to-face profession, a lot of the communication happens through trade shows and events. That’s a huge, huge shift in how business is working. And then, finally you had supply-chain limitations that are affecting the industry—supply being both inventory, as well as labor.

So we’ve seen grocers doing about 13% to 18% comps and e-commerce growth many times more than that. There’s been some talk of a drop-off as there were some issues in e-commerce execution, and the country is slowly opening back up. What are you seeing?
Our metrics for first-time users as well as our churn numbers are the same, if not better, in May than they were in February. And so this tells us a pretty exciting thing with regard to the fact that while we may not see the pandemics spike and the panic buying that happened again, it says really good things about how the retailers have done during this period, because it means that they're holding on to those shoppers that they picked up.

I think an important thing to note also is this is a historically low period for online shopping. Online shopping typically picks up around back to school in August, and then reaches an apex through the holidays and into the winter months. So there’s usually a dip around now.

As to shopper concerns, they fit into one of three buckets. It was product availability: If I ordered something, I want to get filled. Two was order availability: How soon can I get my order filled if I place it? The third was safety: Are the people who are handing me my groceries wearing visible, personal protective equipment like face masks and gloves? Retailers that executed on that proposition drove customers to stick with it and repeat purchase behavior.

As you know in many cases, Instacart was fully booked for two weeks out. Ocado took down their site. Amazon Fresh came offline for a period upon order availability.

Can you provide some examples of partner retailers that met these challenge?

The retailers that were succeeding were the ones that for whom safety was not just about protecting their team members but showing a very visible signal to the shopper that they were taking precautions. Rosauers in the Pacific Northwest did an incredible job. They really moved quickly to adapt to the needs of their shoppers and demonstrated to them that safety was paramount. Susanville IGA, a one-store retailer, did an exceptional job. Lee’s Marketplace in Utah did a lot of work ratcheting up their capacity.

Brookshire Bros. in Texas and Louisiana was expanding capacity while HEB was shut down. And White Market, which is a small group of stores in Vermont, were one of the only online shopping options in their area for many in their community.

What kind of stresses did it put on Rosie?

The first thing was we scaled up the company extremely rapidly. We doubled the size of the teams over a period of eight weeks. We were doing a rapid scale-up of head count, and doing that in a remote way. We had always had a lot of remote tools and distance-learning built into our culture, and we deployed those rapidly. All of our conference calls with our customers were over video chat. A key focus for us just being able to adapt rapidly to the situation. We have an automated deployment pipeline and quality assurance system that allows us to ship software multiple times a day.

And so throughout the crisis, we were shipping upgrades and feature requests up to the point where we had shipped something like 40 or 50 software releases over 22 days during the peak period.

Our infrastructure never went down, no site interruption. So we were really proud of that. It was a cooperative effort by the whole team. I mean, everybody had to band together to meet the needs of our retailers and their shoppers.

We heard a lot from tech companies during the pandemic about recruiting independent retailers and getting them online. What did the competition look like?

I think there's a flight to quality going on. We signed up tons of retailers in new locations for this period. And it was a mixture between new retailers that were saying we really need to have them and existing retailers that said we need to expand this to all of our locations. For us, the key differentiator during this period was how quickly can we get stores up and running online.

The other key thing that you saw during this period was a tremendous amount of wholesaler support, and I think you don't necessarily hear as much about wholesalers, but they were big drivers of services and technology adoption and helping the retailers get up and running quickly.