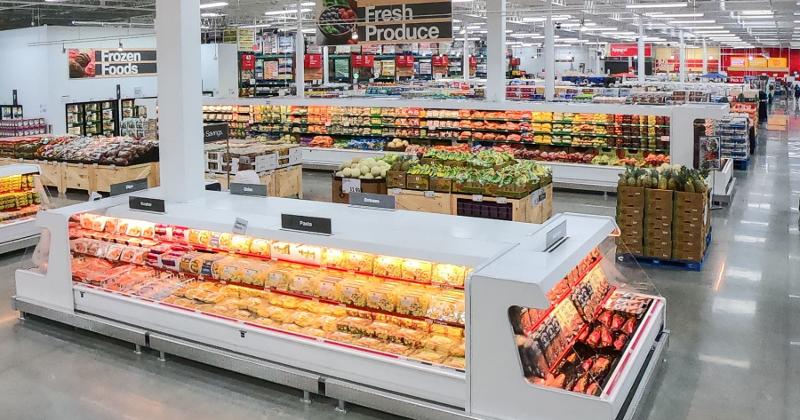 BJ’s Wholesale, the club merchant whose officials have long eyed a return to aggressive unit growth, is making early preparations to enter the Indianapolis market.

Local reports this month said the Westborough, Mass.-based club store has met with officials in the Indianapolis suburb of Noblesville  to discuss ongoing plans for a 105,000-square-foot club that would be the chain’s first store in the Hoosier state.

The company has not announced the location yet. However, officials have made no secret of their desire to grow faster, a function of having greatly reduced its debt leverage, and retooling old approaches to both identifying and then acquiring members to shop there. Sales and membership momentum that accelerated during the COVID pandemic is also encouraging the company to grow faster.

Speaking in an investor conference earlier this year, Bob Eddy, then BJ’s chief financial and administrative officer and now its CEO, said the chain—which pioneered the greater Detroit market in 2019 and later this year is aiming to take on Pittsburgh for the first time—sees contiguous regions, including Ohio and the Nashville region, further ahead.

“We can handle basically everything out to the Mississippi through our current distribution network, and that guides our thinking about doing a contiguous path,” Eddy said during the UBS Global Consumer Conference in March, according to a Sentieo transcript.

BJ’s new growth mindset began to take shape five years ago, while the chain, then under private ownership, assessed a class of 2015 openings that were “not particularly successful,” Eddy said. This would be an apparent reference to BJ’s sites in places such as Bangor, Maine, Montgomeryville, Pa., Bronx, N.Y., and Baltimore that opened that year.

Those clubs met what were then internal goals for opening-day membership—about 5,000 members, Eddy said—but in retrospect, “that was the wrong goal.” Eddy asserts that clubs need about three times that many to get on the road to profitability.

The method the chain used to acquire members was also suboptimal then, Eddy continued. Many were lured with free trials and through cost-effective but imprecise methods such as direct mail.

A new executive team installed early in 2016—Chris Baldwin, who joined as president in September 2015 and was promoted to CEO, and Lee Delaney, who joined as chief growth officer—used a forthcoming club opening in Kearney, N.J., to experiment with a new approach.

“We assembled a team of folks that have never really been involved in our new club opening process, and told them they had a blank check, and they could do whatever they wanted to try and make this a success,” Eddy explained.

The new approach included various membership drives, new advertising and storytelling in the months ahead of the September 2016 Kearney opening. For the first time, BJ’s augmented its direct mail approach with digital acquisition methods, and a bigger push into social media and TV advertising. A press release prior to the Kearney opening carried a bold message that area shoppers could collectively save $10 million shopping at BJ’s vs. grocery stores, a figure it based on federal household spending estimates.

Once the club opened, BJ’s tweaked its traditional promotional approach in order to “teach” new members to how the use the club, with the idea of developing frequency of shop (which Eddy said was the top driver of renewal rates) and breadth of shop (which is the top driver of frequency). One example was changing the cadence of offers in a coupon book issued to new members: Where previously BJ’s may have offered 25 coupons members could use at any time, the new approach divided them to five a week over the course of the five weeks, Eddy explained.

The Kearney opening was a success, and its approach has since been refined and incorporated into the plan as BJ’s pushes into new markets and resumes a more aggressive pace of openings. The company typically spent $1 million for pre-opening expenses in 2015. Today, it averages between $2 million and $2.5 million, Eddy said.

The company has also become more sophisticated about identifying target customers, using 600 data household-level data points to more effectively target new members, “which should be especially helpful in driving higher members [per] club for new units,” according to Jeffries analyst Stephanie Wissink, writing in a recent note to clients this month.

That is giving the company confidence to venture outside its East Coast base; a dramatically reduced debt burden is providing the financial flexibility. Its strengthening financial performance over the past three years—topped by a 22% COVID-aided sales gain in fiscal 2020—to pare down debt from around $1.3 billion in 2019 to $846 million this year, according to annual reports. Its 1x debt to adjusted EBITDA ratio at one time was 6.5x.

“We had several years in a row only opening one new store per year, just trying to figure out what the right recipe was,” Eddy said. “And this past year [2020], we got four open, all successful clubs, all doing well. This new year we’re planning on six. Next year we’re looking toward 10. And hopefully it’s off to the races after that.”